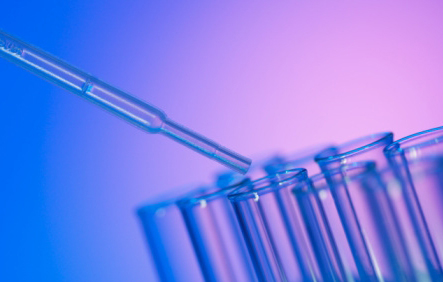 DNA tests in family courts will be provided across England from later this year, Justice Minister Simon Hughes has announced.

From September all family court judges in England will be able to order DNA tests to determine a child’s parentage.

This follows two pilot schemes in Taunton and Bristol which were set up following anecdotal evidence that courtroom arguments led to delays in divorce cases, particularly where parentage was in question.

Findings from the pilots suggest the tests mean judges could be more confident when making decisions about children and, most importantly, parents would be more likely to follow the court’s orders.

'I am determined that all cases involving children should be resolved quickly and wherever possible outside court.

However when they do come to court they should be resolved in a civilised way so that children don’t suffer. Unambiguous and conclusive DNA tests will prove parentage and help to end acrimonious and embarrassing court battles.'

Since June 2014 DNA Legal has been providing DNA testing in all private family court cases involving children where the evidence was considered as essential to help the case more forward.

Speaking of today's announcement, National Family Mediation says fundamental issues such as paternity can and should be established well before family dispute reaches a court room.

'The MOJ’s central drive has been to try to keep family disputes out of court wherever possible, so it is puzzling that it now intends to invest money to promote a court-based DNA testing regime when in fact it is possible to establish paternity through a DNA test well before people get anywhere near a courtroom,' said Jane Robey, NFM’s Chief Executive.

'DNA testing has long been used to establish parentage in family law cases, but what is new in this announcement is confirmation that judges now have powers to order tests which will then be funded by CAFCASS.

The importance of such testing cannot be downplayed, as it can help significantly in cases where disputes emerge between separating couples regarding arrangements for their children. It also will provide key clarity in instances when parties look to avoid their responsibilities by alleging they are not a parent.

We see numerous cases where these issues can come into play, with such problems only serving to make legal battles more time-consuming and emotionally draining for both the parents involved and – more importantly – their children.

What is concerning is that funding for these tests will come from the budget of CAFCASS which is already overstretched and underfunded. CAFCASS has an important role to play in the majority of cases coming before the court, whereas DNA testing is a feature in a minority of cases. It is hoped that the Minister is not simply resolving one problem by creating another.

"his additional power is however to be welcomed and could be a vital step forward in ensuring that a child’s best interests are always put at the heart of cases related to divorce and separation, but only if the system is properly funded overall.'

The west of England pilots also explored whether alcohol and drug tests could be restricted without a means test to cases where their findings were determinative in family court cases.

These results were inconclusive, so the Children and Family Court Advisory and Support Service (Cafcass) will test and develop a new model for delivering drugs and alcohol testing over coming months which is both affordable and provides the courts with the certainty they need.

The report, Process evaluation of the private law children cases expert evidence pilot, summarising findings of the evaluation of this scheme is available to download here.