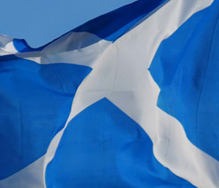 Scott Cochrane
Partner, Brodies LLP
The Scottish Government recently released their Civil Justice Statistics for Scotland 2015/16. What insights do they give us into what happens when modern families break up?

What orders are people seeking from the courts?

Of the family cases initiated in 2015/16, divorce or dissolution was the primary remedy sought in 77% of cases, with parental responsibilities and rights (usually residence or contact actions) accounting for 17% of the cases and the remaining 5% of family cases being accounted for under the heading of 'other'.

'Other' will include domestic violence remedies, non-harassment orders, adoption actions and cohabitant’s rights claims. The observant reader will have noticed that 1% of family cases remain unaccounted for. This is, according to the statistics, an anomaly due to rounding!

The researchers, in compiling these statistics, looked only at the principal remedy sought in any action.

The percentage of cases where residence and contact orders are being sought will therefore be greater than the 17% of cases where parental responsibilities and rights are the primary orders sought.

How do people divorce?

The vast majority of divorces were raised on the grounds of 2 years' separation (68%). One year separation with consent was the next most popular ground of divorce (26%), with behaviour (5%) and adultery (1%) lagging well behind.

There is little available research into the reason for the fall in marriage rate. A likely explanation is that people are no longer under the same pressures to marry as they were in the past and therefore when they do marry, the chances are they will marry for the right reasons, rather than the wrong ones, thus meaning it is more likely that the marriage will endure.

It will not be until in-depth research has been done into the reason for the falling marriage rates that we will get an insight into whether the trend of a falling divorce rate is likely to continue.

Butterworths Scottish Family Law Service provides a single source of reference on all aspects of the law as it affects married and unmarried partners and their children. It concentrates on those matters of real and constant concern to the practitioner – the consequences of marriage breakdown, such as care of children, distribution of assets and associated problems with taxation, and social security.

Its coverage of the law relating to children rivals that of specialist works, and includes substantial sections on, inter alia, adoption, children's hearings and child support. The law and practice of family law continue to develop at such a pace that only an efficient looseleaf work can succeed in keeping practitioners up-to-date.