Divorce here or abroad: is arbitration the best way? 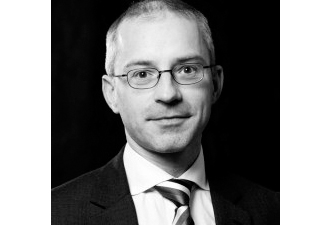 Is ‘private judging' by way of arbitration to become the preferred route for resolving financial disputes on divorce and separation? The Financial Times suggested as much in an article back on 28 October 2013 when reporting that the Young v Young divorce dispute starting in the London High Court on that day could be the last big money divorce in the courts as wealthy separating parties turned towards arbitration rather than the courts.  In one of the first family law decisions of 2014 (S v S (Financial Remedies: Arbitral Award) [2014] EWHC 7 (Fam), [2014] 2 FLR (forthcoming)) the President of the Family Division, Sir James Munby, gave family arbitration a ringing endorsement by declaring that the courts would give an arbitrator's award the same status as a settlement agreement reached between the parties. As this article explains, family arbitration is not just for the super wealthy and it has particular advantages for those who are living outside England or who have demands on their time which make conventional litigation through the courts very inconvenient.

In many areas of business and commerce the default method for resolving disputes is arbitration.  Why?  It allows the parties to control the process of dispute resolution in a way which the ‘one size fits all' court system does not usually allow.  There are many reasons why businesses choose arbitration in preference to the courts.  They include:

Family disputes, whether arising from divorce or the breakdown of an unmarried relationship, are no less complex than those which arise in the commercial world. Untangling complex financial affairs, often involving companies, trusts and a web of international property and investments, is a complex task requiring highly specialist skills and experience on the part of the lawyers. This is compounded where cultural or religious factors specific to the parties also come into the equation. When a hearing comes before the court there is no guarantee that the judge allocated will have the necessary experience.  Furthermore, in many courts in England and Wales the delays in waiting for a court hearing in even a relatively simple case can run to a year or more. In the meantime the parties legal costs rise and neither is able to move forward with their life.

In 2012 came a significant development. In a joint venture between the world renowned Chartered Institute of Arbitrators, the Family Law Bar Association and Resolution, the Institute of Family Law Arbitrators was formed.  IFLA trains family lawyers to become arbitrators. Further information about the scope of the IFLA arbitration scheme, the applicable rules and a list of qualified arbitrators can be found at www.ifla.org.uk.

Mediation and arbitration are increasingly seen as the better option compared to going to the courts. These options lie in a broad spectrum. At 36Family we have nine family mediators and three family arbitrators (the author amongst them).  We also have a team of 11 CEDR accredited mediators able to conduct mediations with the parties' lawyers present, whether the dispute concerns a family matter or a civil dispute.  For those who are looking for a non-binding neutral evaluation of their dispute several of the team offer private FDRs and other neutral evaluation.

Andrzej Bojarski is a family law barrister specialising in the financial aspects of family relationship breakdown, particularly in high-value, complex and international cases.  He has written a number of books and articles, including Unlocking Matrimonial Assets on Divoce (see here for further examples), and is acknowledged as an expert in his field.

Andrezej acts in cases throughout England and Wales, and instructed both by solicitors and by clients directly. His advice is also frequently sought on international jurisdiction and enforcement issues by lawyers and individuals based overseas.

As well as working as a lawyer advising and representing individuals going through divorce and separation he also acts in an independent capacity to assist them resolve their disputes through Alternative Dispute Resolution ('ADR').   Please see his Dispute Resolution page for more details.

This article was originally published on the author's website and has been reproduced here with permission of the copyright owner.