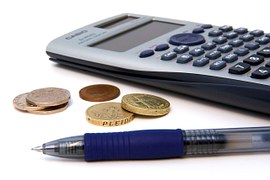 The case of Re L (Case Management: Wasted Costs) [2016] EWFC B8 – where HHJ Bellamy in the Family Court awarded ‘wasted costs’ against solicitors in care proceedings – is difficult to reconcile with the mainstream of wasted costs orders in the civil courts. The judge (para [58]) defines his jurisdiction (Senior Courts Act 1981 (‘SCA 1981’) s 51(6) and (7)):

'(6) In any proceedings [where the court considers an order for costs], the court may disallow, or (as the case may be) order the legal or other representative concerned to meet, the whole of any wasted costs or such part of them as may be determined in accordance with rules of court.

(a) as a result of any improper, unreasonable or negligent act or omission on the part of any legal or other representative or any employee of such a representative; or

(b) which, in the light of any such act or omission occurring after they were incurred, the court considers it unreasonable to expect that party to pay.'

This sets out two separate jurisdictions in the court: wasted costs and the power of the court to disallow costs. The first, as set out in s 51(7), is only to ‘any costs incurred by a party’ (ie where another party to the case has incurred those costs); and where the act of a legal representative has been ‘improper, unreasonable or negligent’ (s 51(7)a)). HHJ Bellamy’s order is that solicitors for the local authority and each of three other parties should pay ‘wasted advocacy costs’. But to whom? The judgment is unclear.

By contrast disallowed costs under s 51(6) enables the court to ‘disallow … such part of [any costs] as may be determined in accordance with rules of court’ (s 51(6)). Civil Procedure Rules 1998, r 44.11 provides rules of court for disallowed costs. A judge may disallow costs which are to be assessed where s/he considers a legal representative’s costs are ‘unreasonable or improper’ (rr 44.11(1)(b) and (2)(a)). That is to say, the judge shows the court’s displeasure by ensuring that no-one will have to pay for a lawyer’s ‘unreasonable or improper’ work.

Some might say that seeking to distinguish ‘improper, unreasonable or negligent’ in s 51(7), from ‘improper and unreasonable’ in r 4.11(1) is splitting hairs. However, HHJ Bellamy is very clear. No lawyer in the case had acted in a way which was improper or unreasonable, he says. Yet he is clear in the one legal principle which this case establishes (albeit pronounced by a circuit judge):

'[64] In that context it seems to me  that any act or omission which amounts to a breach of the [case management] duties I have identified and which leads directly to the wasting of court time and/or to delay in disposing of the case is likely to be regarded as 'negligent' for the purpose of s.51(7) of the Senior Courts Act 1981.'.

This principle, however, depends on whether s 51(7) applies to a case of this nature, where no one has applied for costs against another party. I doubt that s 51(7) can apply; and I do not think that the disallowance aspect of s 51(6) can apply in law either.

Background to Re L

The background to Re L, was that care proceedings had been issued in June 2014 in respect of a child born late in 2014 to a mother aged 17 and father aged 22. The child had unexplained injuries. Both parents were interviewed under caution by the police (but not charged). The judge records the court’s case management directions on 19 June 2015 as follows:

'[12] The range of case management orders…included an order requiring the local authority to serve copies of L's health visitor, GP and hospital records 'to include any images', by 3rd July; an order that Leicestershire Police should disclose to the local authority by 20th July 'witness statements, interviews, photographs and medical reports in respect of  the injuries'; an order requiring the local authority to serve the material disclosed by the police on the other parties 'on receipt'; and an order  permitting the parties jointly to instruct medical experts (Dr J, a consultant paediatric radiologist, and Dr W a consultant paediatrician).'

It was only in the final days before a fact-finding hearing listed before HHJ Bellamy on 25 January that the parties’ solicitors realised that these directions had not been complied with to the extent of photographs and a transcript of the parents’ evidence being obtained from the police. A flurry of emails between counsel and to the judge occupied the week-end before the hearing. The fact-finding hearing could not, in all justice to the parents, proceed.

The judge set out the lawyers’ failings at paras [53]-[56]. He wished to make his displeasure at the solicitors’ ‘negligence’ (see para [64] above) felt by an order which deprived them of remuneration (which he termed ‘costs’). He considered the local authority were primarily to blame, but was satisfied also that solicitors for the ‘parents and the guardian also bear some responsibility’ (para [57]). His order was to be as follows:

'[84] In this case I am satisfied  that the solicitors for all four parties are responsible for the errors identified. All four were responsible for the wasting of court time and for the wasting of costs. I have identified wasted advocacy costs incurred by the legally aided parties amounting to £5000. I shall make a wasted costs order against the local authority requiring it to pay 50% of that sum, £2,500. I have also identified that the local authority has incurred wasted advocacy costs of £1950. I shall make wasted costs orders against the solicitors for the legally aided parties jointly to pay 50% of those costs (£975 ie £325 per solicitor).'

All lawyers by definition were paid by the tax-payer or the local authority (ie there were no private parties); and no-one therefore, in s 51(7) terms, had applied for wasted costs from a legal representative involved in the case.

A concise but comprehensive and...
£85.99
View product

The problem confronted by HHJ Bellamy was how he could exercise any duty he may have towards the local authority’s ratepayers or to the legal aid fund as regards the work of the solicitors which he had held to be ‘negligent’.

He defined the wasted costs jurisdiction by reference to SCA 1981, s 51(6) and (7) as explained by the Court of Appeal in Ridehalgh v Horsefield  [1994] EWCA Civ 40, [1994] 2 FLR 194. Separately he discussed the question of ‘costs payable to a legally aided solicitor’ – by which he meant ‘remuneration’ – under the Legal Aid Agency (LAA) ‘Standard Civil Contract’. He had had correspondence with the LAA over what could be done and whether his actions could affect the Agency’s assessment of a lawyer’s costs (though this question does not seem to have been resolved).

In law, for the reasons stated above, I cannot see that the wasted costs jurisdiction can apply in a case like this. If that is right, then three other costs and remuneration jurisdictions are involved in care proceedings to the extent that parties are publicly funded (local authority or legal aid):

(a)  the relevant contract; and

As the judge says, the position of disallowed remuneration needs ‘to be authoritatively addressed’ (para [82]). Given that this is area of law which is so extensively controlled by statute and statutory instrument, it is likely Parliament will have to extend any jurisdiction of judges to disallow remuneration.

In the meantime HHJ Bellamy has assumed that SCA 1981, s 51(6) gives him power to penalise a solicitor in ‘wasted costs’. So it may do, but only – as far as I can tell – where those costs are to be paid to another party (s 51(7)); and that is not the case here. And the question remains: to whom are his ‘wasted costs orders’ to be paid?

An accompanying article will appear in the April 2016 issue of  Family Law.