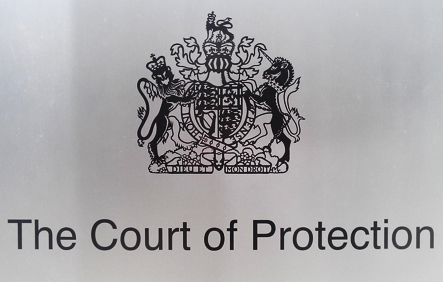 Lawyers at Irwin Mitchell, have successfully secured the return home of a young woman with autism and severe learning disabilities has been successfully returned after it was found the local authority’s decision to keep her in residential care with restricted access to her family was a serious breach of her human rights.

In a judgment from the regional Court of Protection in Bristol which was published on 23 September his Honour Judge Nicholas R Marston found there were a series of ‘systemic failures’ by Somerset County Council which meant the 19-year-old woman, known only as ‘P’ for legal reasons and who was represented by Irwin Mitchell, instructed by the Official Solicitor as her litigation friend, was wrongly kept away from her family for over a year.

Irwin Mitchell says the case demonstrates the importance of ensuring all staff working within local authorities are given sufficient guidance and training about the Mental Capacity Act (MCA).

P, who has autism spectrum disorder and almost no verbal communication skills, was prevented by social services from returning to her family home in Yeovil in May last year following bruises to her chest being reported.

Despite teachers witnessing P’s violent behaviour on a school trip, including hitting herself in her chest area, social services did not carry out thorough investigations, instead concluding that it was ‘highly likely that P received significant injury from someone or something other than herself’ and took the decision that she should not return home following a stay in respite care.

P was then kept in a respite facility in Yeovil for 6 months and sedated with medication despite her family’s pleas for her to be allowed home. The local authority then moved P to an assessment and treatment unit after it was accepted that the respite placement was unsuitable, where she remained against her family’s wishes until the case was heard by the Court of Protection.

During a 10-day court hearing in Bristol in May this year, the judge found that a ‘competently conducted investigation by social services into the bruises would have swiftly concluded that there was not sufficient evidence to conclude P’s safety was at risk by returning her home.’

In total, P was kept in residential homes with restricted access to her family for nearly a year. The first facility was found to be inadequate to meet her complex care needs and she was sedated with medication without consulting her parents, which was also unlawful.

Somerset County Council admitted that P had been deprived of her liberty and apologised to the family for its ‘procedurally inappropriate and unlawful’ actions.

Following the 10-day hearing, the judge concluded that it was in P’s best interests that she was returned to the family home and that Somerset County Council had illustrated a failure to respect the human rights of both P and her family.