Digital Domestic Abuse: The need for International Laws and Protections 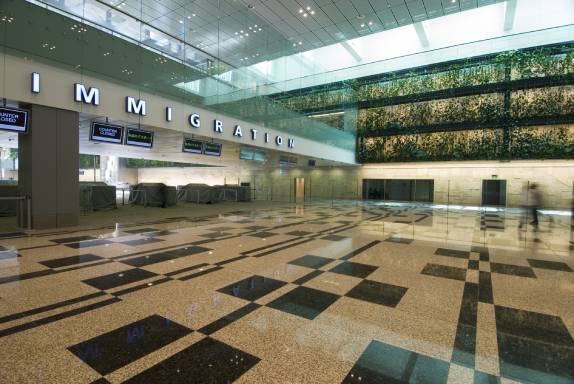 A domestic protection order is made by the courts in one country with the intention of having effect in that country. Unless exceptional, it has no cross-border reach. If there is a breach of the order and the perpetrator leaves the country and subsequently returns, he or she will then be liable for enforcement action. But being outside the country where the order was made is invariably sufficient to avoid the effectiveness of the order.  Countries with open land borders are particularly prone to perpetrators fleeing across the border, perhaps even living on the other side of the border with the victim nearby albeit separated by an open border. Even so, the victim has the benefit of a protection order with the opportunity of the police services coming to their aid if the perpetrator physically returns, comes close to the victim if there is a zonal order, so that there can be enforcement and appropriate protection.

This is not possible when the domestic abuse is online or in any other digital fashion. Yet this is now the increasing experience either solely or accompanying other domestic abuse. Indeed, where the parties are geographically separated, the abuse is far more likely to be of a digital form.

New research was conducted by the Molly Dragiewicz and Bridget Harris from Queensland University of Technology (Dragiewicz, M., Harris, B., Woodlock, D., Salter, M., Easton, H., Lynch, A., Campbell, H., Leach, J. & Milne, L., (2019). Domestic violence and communication technology: Survivor experiences of intrusion, surveillance, and identity crime, Australian Communications Consumer Action Network, Sydney. ) in a study funded by the Australian Communications and Consumer Action Network (ACCAN) and dated June 2019. They found that 100% of survivors abused by an intimate partner reported tech abuse began or escalated at separation. It was found to be a common complaint of those who had experienced coercion and control in domestic relationships. It could include tracking devices, hacking into social media accounts, obvious monitoring of social media presence including with other people and continued bullying through digital messaging.

They found domestic violence had significant social and economic costs each year in Australia. Information and communications technologies (ICTs) played an increasingly important role in this abuse. ICT security and privacy were essential to domestic violence victims but are often compromised.

They said of course that digital technologies played an increasingly important role in everyday life. The ubiquity of these technologies, combined with factors like with GPS tracking, cloud-based storage, and platform integration, presented significant challenges to personal security and privacy. This was particularly true for domestic violence survivors. The control and fear that characterise experiences of domestic violence had an expanding technological dimension as perpetrators weave technology into patterns of abuse. It is certainly the case that ICTs offered domestic violence survivors’ vital opportunities for communication, help-seeking and support.  But domestic violence victims are a uniquely vulnerable population of consumers who face risks including loss of access to and control of their telecommunications accounts, privacy rights, personal security, and physical safety when technology is abused. This study extends the emerging research on technology-facilitated coercive control together deeply contextualised qualitative evidence from survivors. The findings allowed the authors to better understand technology use in the context of domestic violence, the resources currently available, and how to improve responses to this type of abuse. Their findings indicated that domestic violence created an intimate threat model requiring innovative cybersecurity responses. This exploratory study elicited four key recommendations for future policy and practice. These were more training and education about technology facilitated coercive control and tools to combat it. Enhanced affordability of telecommunication devices and service for domestic violence survivors. Expansion of existing resources. Regulations require monitoring and enforcement.

This is a vital study looking at the impact of technology on domestic violence and protection and help for the victims.

On 2 Feb 2020, the US Norton LifeLock (which would describe itself as a global leader in consumer Cyber Safety) released their findings from its Online Creeping Survey after interviewing more that 2,000 US adults which revealed the following:

Online creeping, an Americanism meaning to follow someone persistently or stealthily online, is typically benign behaviour. However, when that becomes a pattern of behaviour or escalates to using the same technology and tactics to harass someone online, it is cyber stalking; in a domestic relationship, many family lawyers would call it domestic abuse. It can take many forms, but the common denominator is that it is unwanted, obsessive and sometimes illegal.

The authors of the report identified since 2017 more than 1,000 apps that could allow someone to ‘stalk’ current or former significant others and detected roughly 1,250 infected mobile devices monthly.

It was also found the differences in behaviours and attitudes between men and women were pronounced.  Overall, 35% of Americans said they don’t care if they are being stalked online by a current or former partner as long as they are not being stalked in person, but men were far more likely to agree with this sentiment (43% versus 27% of women).  Men are more likely than women to track a current or former partner’s location (20% versus 13%) and physical activity (11% versus 6%) online. Men are more likely than women to condone 'online stalking' behaviour if one or both partners have cheated or are suspected of cheating (34% versus 27%).

There are other studies along similar lines around the world.

In this context, domestic abuse needs protection in the online digital environment.  There must be a protection which, within the digital environment, doesn’t know, and is not defeated by, national borders.  It must protect even when the domestic abuse is occurring from abroad.  This is a high priority and one which must be tackled by international and national legislatures together.

These are primarily twofold, and both are in Europe, where the concern about open land borders is great. They are from the EU and the Council of Europe, respectively.

The EU has carried out a significant amount of work in respect of domestic abuse protections.  The Lisbon Treaty created explicit EU competence to legislate on the rights of victims of crime, to include domestic violence. The European Parliament in November 2009 passed a resolution on the elimination of violence against women calling on member states to improve their national laws and policies to combat all forms of violence against women. The EU created the incredibly impressive Daphne program, awarding substantial funding for information, research and education.

The EU then passed separate Directive and Regulation. The Directive (Directive 2011/99 on the European Protection Order in Criminal Matters) deals with cross-border recognition and enforcement of criminal law measures in respect of domestic violence, encouraging member states to bring into force their own legislation for implementation. The Regulations (Regulation (EU) No. 606/2013 Mutual Recognition of Protection Measures in Civil Matters with an equivalent for civil partnerships), binding on member states, provide for the cross-border recognition and enforcement of civil domestic protection orders made in a member state. There is intergovernmental assistance. Legal aid is available. All rights of enforcement available in the state in which the enforcement is to occur can be used by the victim even if not available in their own country where they obtained the original protection order.

The protection measure is defined (Art 3.1). It prohibits or regulates first the entering of a place where the protected person resides, works, regularly visits or stays, secondly contact in any form including by telephone, electronic or ordinary mail, fax or other means and thirdly approaching closer than a prescribed distance, a so-called zonal order.  It is of course the second which is crucial in the context of digital domestic abuse. So, this EU law gives digital domestic protection.  It can prevent various forms of digital abuse, stalking and bullying. It would be applicable against a perpetrator in another member state.

When the UK leaves the EU finally at the end of the transition period, presently 31 December 2020, this EU law will no longer apply e.g. against perpetrators based in the UK for the protection of victims in the EU or against perpetrators in the EU for the protection of UK victims.  However at an early stage in the negotiations on leaving the EU, the then Prime Minister, Theresa May, said that the UK would continue to recognise and enforce domestic protection orders made in the EU notwithstanding that the UK was no longer a party to this EU law.  This commitment has since been embodied in UK law  (The Jurisdiction and Judgements (Family) (Amendments etc) (EU exit) Regulations 2019). She invited the EU to reciprocate but tragically they have not thus far done so nor indicated they will do so, and they are urged to do so before the end of December 2020.

The other provision is the Istanbul Convention of 2011 (CETS 210) by the Council of Europe, far broader membership than the EU. This is akin to an EU Directive in as far as it strongly encourages signatories to bring forward their own domestic legislation. It has been signed by 45 countries and the European Union. By its terms, it limits protection only to women. A number of countries including the UK have made clear that their own response will be gender neutral.  One of the potential difficulties is that the Istanbul Convention anticipates orders will have an extraterritorial effect, that is any order will take effect anywhere in the world. Legislatures are shy and nervous of doing so. This is completely different to an order having cross-border recognition and enforcement by agreement with the other country.  An order with extraterritorial effect is independent of any agreement with the country where the order is intended to be effective. The UK has introduced such legislation in the context of FGM and forced marriage, being justified as exceptional remedies for exceptional problems. It is argued by some that domestic violence should be of a similar category.

The concern about a country making an order intended to have effect in another country which may not have any bilateral or multilateral agreements with the first country is that it can cause significant jurisdictional and jurisprudential difficulties and comity issues between the countries.  The preferred solution is multinational agreements. It is to this which the international family law community must commit and work for effective cross-border laws.