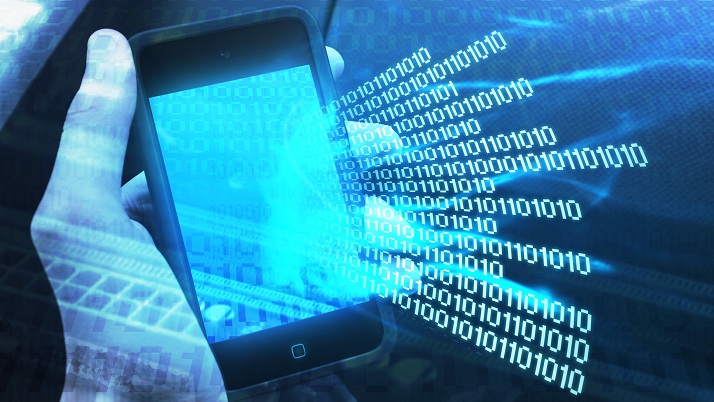 A spouse looking to make a claim over a family trust has three potential lines of attack. Each one can seriously dent family wealth if there is no planned and detailed defence in place. However, there are a number of practical steps ultra-high net worth (UHNW) individuals and their advisers can take to shut down all three lines of attack – and proactively secure family wealth for future generations.

Depending on who you believe, as many as three million bitcoins are currently “irretrievable” (approximately £20 billion worth at today’s prices). The most common reasons cited for this are lost retrieval codes (known as “private keys”), and owners passing away without leaving private keys to their next of kin.

This is just one issue that the digital age has introduced to estate planning. An individual’s digital “estate” can be comprised of a variety of digital assets, with differing degrees of financial and sentimental value.

Following on from our blog post earlier this year on the position in the US, here we consider how digital estates are dealt with on death in England and Wales, from a tax and practical perspective, and set out some important steps that should be considered as part of the estate planning process.

What are digital assets?

While there is no statutory definition, digital assets can be described as any “personal property or records in digital form”. The number of such assets has grown exponentially in recent decades, and now includes cryptocurrencies, software licences, and photos stored in the cloud.

It is important to distinguish between:

The distinctions between digital property, records and accounts are not always clear, and in many cases overlap. For example, the manuscript of a book may be a digital record, but the intellectual property rights in it are a form of property.

How are digital assets taxed?

Digital assets are generally taxed in the same manner as other intangible assets. Accordingly, any value attributed to digital assets forms part of an individual’s estate for inheritance tax (IHT) purposes, and any acquisitions and disposals are within the scope of capital gains tax (CGT).

Given the increasing prevalence of digital assets (and in particular cryptocurrencies), HMRC issued specific guidance on the tax position of “cryptoassets”, first in March 2014, and again in December 2018.

In this guidance, HMRC confirms that all cryptoassets will be treated as forming part of an individual’s estate for IHT purposes.

In addition, individuals who invest in and dispose of cryptoassets will generally be subject to CGT in the normal way in respect of acquisitions and disposals of such assets. HMRC does not accept that investments in cryptocurrencies are equivalent to gambling (such that profits are not taxable, and losses are not allowable). While HMRC expects that buying and selling cryptocurrencies will normally amount to an investment activity within the scope of CGT, HMRC does consider that individuals carrying out a trade (such as “mining” bitcoin or trading in cryptocurrencies) would be subject to income tax on their profits.

There are two other important points that HMRC makes in respect of the CGT treatment of cryptocurrencies:

How do digital assets pass on death?

Without appropriate access to digital property, personal representatives will struggle to adequately administer an estate. For example, many cryptocurrencies (including bitcoin) are accessed via virtual wallets which can only be “opened” with a private key. Without this private key, there is no proof of ownership and the currency will be unusable.

For English law purposes, digital records such as photographs and documents are part of the computing device on which they are recorded, and therefore generally do not have a separate proprietary existence or monetary value.

As a result, digital records will pass physically with the device on which they are stored, and the terms on which the record in question was bought or licensed will determine whether and how it can be transferred to a beneficiary under a Will or on intestacy.

It is worth noting that any intellectual property rights (IP rights) that an individual holds in digital records may have significant value (e.g. copyright in photographs or written works), and such IP rights are assets that can be passed (separately) on death or during lifetime.

Digital accounts are not assets in the normal sense because they hold no intrinsic value and cannot usually be transferred (they are simply contractual relationships between individuals and service providers).

While digital accounts may not have monetary value, access to them is likely to be important for a deceased’s family. As a result, individuals should be encouraged to consider who should be given access to their email and other accounts after they have died, and perhaps set this out in a side letter to their Will.

However, the terms and conditions of service providers vary, and in some cases prohibit the sharing of passwords in this way (e.g. Facebook). In addition, the Computer Misuse Act 1990 provides that a person is guilty of an offence if he knowingly accesses material on a computer without the appropriate authorisation to do so. Personal representatives may therefore in principle commit an offence if they do use passwords left to them, where authority has not been given by the relevant service provider.

In 2017, the Law Commission of England and Wales launched a public consultation on reforming the law of Wills, partly in response to the fact that around 40% of the adult population do not have a Will. Amongst the Commission’s proposals is a suggestion to make electronic Wills legal.

The debate remains live as to how the law should adapt for the digital age, and it will be interesting to see whether the Commission’s final policy addresses how digital assets should best be dealt with on death.

Points to consider when estate planning with digital assets

Individuals and their advisers should consider the following when estate planning with digital assets:

consider the tax treatment of lifetime planning in the same way as with other intangible assets. In respect of cryptocurrencies, this will include taking into account the “pooling” rules when calculating any liability to CGT;

as part of the estate planning process, individuals should draw up a list of all digital assets to assist their personal representatives in the administration of their estate. This is particularly important for digital assets that otherwise have no physical existence (e.g. cryptocurrency holdings);

in so far as it does not breach any applicable terms of service, individuals should consider maintaining a list of access information for their important online accounts (e.g. usernames and passwords) and keep this in a secure location; and

in the event that private keys for cryptocurrencies have been lost, consider making a negligible value claim to HMRC in order to crystallise a loss for CGT purposes (which could be offset against future gains).

Joshua would like to acknowledge the Trainee Solicitor Doran Boyle as a co-author.

This article was first published by Bryan Cave Leighton Paisner and is reproduced with permission.