Deprivation of liberty – some fog clears about children’s homes 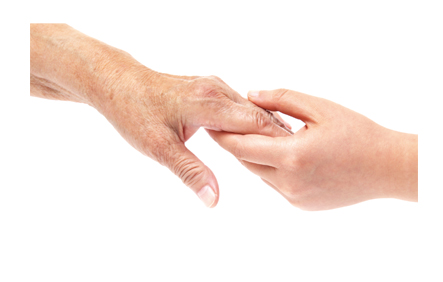 In a judgment that assists in resolving one issue that has been exercising practitioners (of all hues) since the judgment in Cheshire West, Holman J has confirmed that the Court of Protection has the power to make an order which authorises that a person who is not a child (ie who has attained the age of 18) may be deprived of his liberty in premises which are a children’s home as defined in s 1(2) of the Care Standards Act 2000 and are subject to the Children’s Homes Regulations 2001 (as amended).
The facts of the case are irrelevant to the point in issue, save that the individual in question, SG, was aged 19, and, whilst arrangements were made to move her into supported living, continued to be resident in the same children’s home as she was in prior to the age of 18, subject to a regime that indisputably amounted to a deprivation of her liberty. She lacked capacity to decide as to her residence and care arrangements.
The problem identified by the parties arose from the fact that the Children’s Homes Regulations 2001 provide at regulation 17A (Restraint) that:
'(1) Subject to paragraph (2) a measure of restraint may only be used on a child accommodated in a children’s home for the purpose of -
(a) preventing injury to any person (including the child who is being restrained);

(b) preventing serious damage to the property of any person (including the child who is being restrained); and

(c) in the case of a child accommodated in a children’s home which is a secure children’s home, preventing the child from absconding from the home,
and then only where no alternative method of preventing the event specified in sub-paragraphs (a) to (c) is available.'
In Guidance issued jointly by the President and OFSTED on 12 February 2014 entitled 'Deprivation of Liberty – Guidance for Providers of Children’s Homes and Residential Special Schools,' guidance that (as Holman J) had caused 'uncertainty' on the part of lawyers and providers as to the powers of the Court of Protection in this area – the following appeared at para [3]:

'[3] The Court of Protection should be reminded by the parties of the regulations that apply to children’s homes and residential special schools. The Court of Protection does not have the jurisdiction to require any home or school to act in breach of such regulations or to authorise any such breach. Accordingly, the Court of Protection should not make an order authorising a plan for the care and supervision involving the detention of a person, where to do so would involve the children’s home or a residential special school breaching the regulations that apply to it. If compliance with an order of the Court of Protection would involve such a breach of the relevant Regulations it cannot be relied on to justify breach of the Regulations or enforced in a manner that would involve such a breach.'
Holman J noted (at para [41]) that the paragraph contained no more than a legal truism. 'Regulations have the force of law, and no court, frankly, in any circumstances that I can readily think of, can authorise a person or body to act in a way that contravenes a regulation, or still less a statute, so as to be in breach of the regulation or statute. On a careful reading of that paragraph of the guidance, it ultimately says no more than that. The question, therefore, in any case is whether what the Court of Protection is otherwise being asked to authorise would amount to a “breach” of some regulation.'
Holman J was more circumspect about the accuracy of the subsequent paragraph in the Guidance, which provides as follows:
'[4] All children’s homes must meet the Children’s Homes Regulations (2001). In this instance, the relevant regulations are:

Regulation 17 (Behaviour, management and discipline) and

"the principal (monthly) periodical...
£389
View product
Holman J noted that: 'it is possible (I put it no higher than that) that the accuracy of that part of the guidance is more debatable. It may beg the question of whether paragraph 17A(1)(c) of the regulations is a platform or a ceiling. But that is territory into which I simply should not and do not venture in the present case because paragraph 4 of the guidance is directed to “a child” and, as I have stressed, the patient in this case is not a child.'
'The essential point and difficulty that has been raised by this case, and maybe a large number of other cases,' Holman J identified at paragraph 46, 'is that readers of the guidance have understood it to be preclude any resort to the Court of Protection at all, in any circumstances in which the premises in which a person (whether a child or an adult) is residing or detained happen to be premises which are a children’s home as defined in section 1(2) of the Care Standards Act 2000. It is, however, necessary to stress and emphasise yet again that the point that has been made in both paragraphs 3 and 4 of the guidance is that the Court of Protection cannot authorise an act which would involve or represent a breach of the regulations. That simply does not arise and is not in point in any case in which the person concerned has attained the age of 18.'
Rather:

'[48] The short and simple point is that the relevant parts of the Children’s Homes Regulations 2001 simply do not apply at all in the case of a person who is no longer a child. It may often happen, as it has happened in this case, that the premises in which a person, now adult, resides or is detained happen also to be a children’s home. But it frankly makes no difference whether the premises themselves are a children’s home or are some dedicated premises that have been provided in the community under the kind of “supported living model” contemplated for this very patient in this very case.

[49] In my view, the Court of Protection has undoubted power in the present case to make, if appropriate, an order authorising the deprivation of liberty. Further, it is the duty of the person or body, in this case the local authority, who is or are depriving the patient of his liberty, to apply to the court for an authorisation; and, indeed, the duty of the court to make such authorisation as in its discretion and on the fact and in the circumstances of the case it considers appropriate.'
It should, finally, be noted that the judgment represented the judicial endorsement of an agreed position. At para [4] of his judgment, Holman J was at pains to note that he had not heard any arguments to the contrary such that: '[i]f, in some other case, on a future date, some party wishes to argue to the contrary, then of course that limitation or reservation upon the value of this ex tempore judgment as a precedent may be noted.'
Comment

It is fair to say that the Guidance (which, as we noted at the time, was not issued as the result of a specific case) has caused a considerable degree of concern amongst lawyers and providers. This judgment provides very helpful clarification in relation to one category of those who appeared to be caught by it – ie those over 18 who continue (for whatever reason) to be placed in a children’s home subject to the 2001 Regulations. It is unfortunate – but perhaps not all surprising given the facts of the case before him – that Holman J did not venture on to hold as to the Court of Protection’s powers in relation to those below 18. It appears, however, likely that the issue will be determined in relatively short order given the terms of an email from the Treasury Solicitor before Holman J in which the case-holder indicated that he was 'instructed on behalf of the Secretary of State for Education in a number of cases which raise the issue as to whether children who are resident in non-secure children’s homes or residential special schools are being deprived of their liberty in such settings following the decision of the Supreme Court in Cheshire West & Chester Council v P.' As the email continues:
'If they are being deprived of their liberty, that in turn raises further issues as to how any such deprivation of liberty is to be authorised. This involves a careful consideration of the terms of the Children’s Homes Regulations 2001, the Education (Non-Maintained Special Schools) (England) Regulations 2011, and the National Minimum Standards for Children’s Homes and Residential Special Schools. For children over the age of 16, it may also raise issues as to the terms of the joint guidance published by OFSTED and the President of the Court of Protection in February 2014.

These issues potentially affect a large number of children and young people who lack capacity but who currently reside in non-secure children’s homes or residential special schools. By way of example only, as at 31st March 2014, there were more than 6,500 over 16 year olds residing in care homes, children’s homes or residential special schools. The Secretary of State has not yet been able to determine the proportion of those 6,500 odd young people who may lack capacity.'
Yet again, therefore, as the ramifications of the Cheshire West decision continue to unfold, it is a question of watching this space.
This article was originally published on the Mental Capacity Law and Policy website and has been reproduced here with permission of the copyright owner.