Deprivation of liberty in intensive care – the Court of Appeal decides 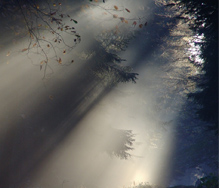 The Court of Appeal has this morning (26 January) handed down judgment in R (Ferreira) v HM Senior Coroner for Inner South London & Ors [2017] EWCA Civ 31.   We will have full analysis of the judgment in the next newsletter due out next week, but in the interim the headline is that the Court of Appeal has held that there will, in general, be no deprivation of liberty in the context of the delivery of life-saving medical treatment. This is because – Arden LJ explained (giving the sole reasoned judgment of the court:

'any deprivation of liberty resulting from the administration of life-saving treatment to a person falls outside Article 5(1) (as it was said in Austin) “so long as [it is] rendered unavoidable as a result of circumstances beyond the control of the authorities and is necessary to avert a real risk of serious injury or damage, and [is] kept to the minimum required for that purpose”. In my judgment, what these qualifications mean is in essence that the acute condition of the patient must not have been the result of action which the state wrongly chose to inflict on him and that the administration of the treatment cannot in general include treatment that could not properly be given to a person of sound mind in her condition according to the medical evidence.' (para [89])

Arden LJ held that there may be circumstances where a deprivation of liberty may arise and for which authorisation will be required, giving an example of the case of NHS Trust I v G [2015] 1 WLR 1984, where a hospital considered that it might have to give obstetric care to a pregnant woman of unsound mind who objected to such treatment. Keehan J made an order authorising a deprivation of liberty and invasive medical treatment on a precautionary basis.  As Arden LJ noted:

'[t]he pregnant woman in question was to be prevented from leaving the delivery suite and might be compelled to submit to invasive treatment, such as a Caesarean section.  If these steps had to be taken, the treatment would be materially different from that given to a person of sound mind.  By contrast, I do not consider that authorisation would be required because some immaterial difference in treatment is necessitated by the fact that the patient is of unsound mind or because the patient has some physical abnormality.'

The Court of Appeal distinguished Cheshire West (para [91]) on the basis that it was directed to the different situation of the living arrangements of those with unsound mind, and that it contained no guidance as to the position with regard to Art 5 ECHR in the urgent or intensive care context. Arden LJ emphasised that Art 5(1)(e) is directed to the treatment of persons of unsound mind because of their mental impairment (para [95]), such that it does not apply where a person of unsound mind is receiving materially the same medical treatment as a person of sound mind – that, Arden LJ held, is a matter for Art 8 ECHR.

Arden LJ held that, even if the acid test did fall to be applied, it could not be said that either Maria Ferreira or the majority of patients in ICU were not free to leave, the true cause of their lack of freedom to leave not being a consequence of state action but their underlying illness, a matter for which (absent special circumstances) the state is not responsible (para [99]). This was to be contrasted with the position of those in Cheshire West – 'a long way from this case' – where steps to be taken to prevent a person leaving their placement are taken because of their mental disorder.

The appellant, Maria Ferreira’s sister, is seeking permission to appeal to the Supreme Court.

This article was originally published on the Mental Capacity Law and Policy website and has been reproduced here with kind permission.