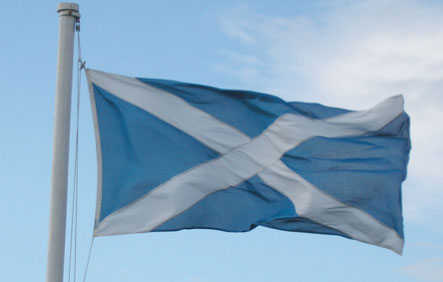 David Hodson OBE MCIArb
Family lawyer
What if Scotland decides on 18th September to vote for independence? No one will decide on family law reasons. But what might be some family law implications for the Union and for Anglo Scottish families of which there are very many?

England (and Wales) and Scotland have a curious family law inter-relationship. They are in certain respects already totally different and separate jurisdictions with very different legal traditions, laws and practices. Scotland has many French influences through historic reasons. Financial provision law and procedure, the grounds for divorce and provision for cohabitants are very different. Scotland has very restricted term maintenance orders, a quasi-community of property regime, binding marital agreements and no-fault divorce. Children law is fairly similar.

As part of the UK, England and Scotland are together as one Member State for the EU. They are one combined signatory of the various Hague Conventions. Despite the political rhetoric, it is to be presumed that an independent Scotland would become (although certainly not immediately) a separate EU Member State and separate Hague signatory. But with what family law consequences?

Almost certainly the biggest impact of Scottish independence on family law would be the dramatic opportunity for forum shopping across Hadrian’s Wall to obtain the better financial outcome on relationship breakdown. In the perception of many English family lawyers, the provision for applicant wives in Scotland is very meagre indeed with very restricted spousal maintenance and limited needs-based provisions. In contrast, England is perceived as very generous.

At the moment there is mandatory provision in UK law to determine for an Anglo Scottish family whether the divorce proceedings should be in England or in Scotland. It is primarily based on the last joint family residence. There is no discretion and no overlapping jurisdiction. This will change with Scotland becoming a separate EU Member State. If jurisdiction exists with both England and Scotland and, for example, one spouse can decide which of two parallel residencies is their habitual residence on the day of issue, then all that matters according to EU law is who is the first to issue the divorce in order to obtain the better financial outcome. It is irrespective of where the family have the closer connection. It is only who 'breaks first' and issues first. As many Anglo Scottish families maintain strong connections with each of their home countries, the prospect of many races to issue is high. The UK may detest the EU law which encourages issuing fast without reflection and attempts at resolution, but it will now apply between England and Scotland.

Also what about the so-called Dover-Calais and London-Paris issue, the families with parallel residencies, effectively commuting between two homes with neither being the primary residency or habitual residency yet having to be shoehorned into EU definitions? Will this Gretna-Carlisle, or (in reality) Newcastle/London-Edinburgh issue be any easier for families stradling Hadrian’s divide, with homes in both countries for work and weekends, for summer and winter and similar? The problems with the definitions in EU law become even closer for the British Isles post Scottish independence.

In contrast to divorce, anyone in an Anglo Scottish cohabitation relationship wanting to pursue claims would be far better to make the claim in Scotland which provides rights and entitlements, in contrast to the very restricted remedies in England.

Enforcement of needs-based maintenance orders will also then follow EU law rather than existing intra UK domestic arrangements. At the moment England has different enforcement arrangements with EU countries dependent upon whether the maintenance order was made in an EU member state which has applicable law or, as with the UK, always applies local law. Will Scotland become for these purposes an applicable law jurisdiction? The Republic of Ireland has. Scotland has far closer historic roots with continental Europe than does England. Will Scottish membership of the EU mean (or require) that it adopts applicable law, which the EU policymakers have been trying to force onto the UK?

Article continues below...
At the moment child support through the CSA is UK-based. It does not apply when one parent is living and working outside the UK. There are special arrangements for enforcement of child support in the EU. It will be these EU arrangements which would then apply between England and Scotland rather than, as now, the automatic CSA applying if one parent is in England and the other parent is in Scotland. This will have very considerable impact with separated Anglo Scottish parents.

The UK is one signatory state for the various Hague Conventions, particularly the 1980 child abduction Convention, although the various UK countries have their own separate and local Central Authorities. There are special UK domestic laws which govern movement of children around the UK. The Hague Convention is not invoked in taking a child between England and Scotland. That will very probably change (unless special arrangements can be made). Taking the child to Scotland without parental consent would then be a child abduction invoking the 1980 and perhaps 1996 Conventions.
There are special cross UK laws on automatic recognition of marriages, divorces and many family court orders. Unless as part of the independence process there were special and distinctive arrangements, these automatic recognitions would then follow EU law, not UK law as now.

Some countries with very close family ties such as Australian and New Zealand have distinctive family law arrangements. Scotland and the (rest of what is now the) UK may do the same, although the EU might politically and legally assert its external competency and deny the sovereign ability of Scotland and the UK to enter into our own British distinctive family law arrangements.

There are of course changes in other aspects of family law and family life arrangements. This is inevitably only a summary. Politicians and others have spoken of the dramatic untangling of the complex weave of many UK laws. They include those which presently exist for the benefit of UK families living around the UK. Scotland will become another EU member state and another Hague signatory and treated by England for these purposes as a completely separate family law jurisdiction.

In conclusion the biggest impact will be the financial forum shopping, given the dramatic contrast in financial outcomes on divorce between England and Scotland. It may be debatable whether banks and big businesses will migrate from Scotland to England if there is independence. Family lawyers do not need to debate. It is absolutely certain that applicant spouses, invariably wives, with the choice of Scotland or England will seek to pursue their remedies in England and migrate here accordingly, just as paying spouses will seek the proceedings in Scotland. Scottish independence will have significant impact for Anglo Scottish families, family law and family lawyers across the UK.