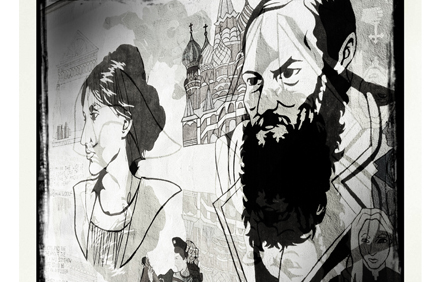 Philippa Dolan
So now Michael Prest has been given a prison sentence - albeit suspended - for failing to pay arrears of maintenance to his ex wife, Yasmin. The case was hot news last year when we heard rumours the Supreme Court was going to pierce the corporate veil, but instead was persuaded to turn trust law on its head to ensure an award to Yasmin of half the matrimonial assets.

It seems that Michael is still smarting from the opprobrium heaped upon him by their Lordships over his tendency to play hide and seek (mainly hide) with the family's assets.

The sentence has been suspended and, presumably, Michael will now manage to scratch around for the £360,000 of arrears.

It didn't work for Scot Young, of course, who famously served 6 months in prison in the middle of his case because he failed to disclose details of the hundreds of millions of pounds of assets that his wife and her various legal teams were convinced that he had.

Prison is a rare and draconian penalty in family cases because these are civil proceedings and their purpose is not to judge or blame the couple involved but to help them separate from each other, divide their assets and income, and make arrangements for their children where they can't sort it out between themselves.

So is the approach an even handed one? Sadly not. If there are very few men receiving criminal penalties for their litigation behaviour, there are even fewer women.


Article continues below...
What about all those cases of women denying children contact with their fathers? This is an extremely serious issue. Every now and again, a case is reported in the press because the judge has taken the unusual step of removing children from their mothers where they've become indoctrinated against their fathers. But how many judges rely on 'the option of abdication' as Lord Justice Ward put it in Re C (Residence Order) [2007] EWCA Civ 866, [2008] 1 FLR 211? Parental Alienation Syndrome is a problem that we've all come across in our practices and it has serious and long lasting effects on children. So why aren't women being sent to prison when they consistently breach orders relating to children causing untold suffering to the children as a result?

The conventional response given is that this won't be in the children's interests. But the knowledge that no serious consequences will flow from their mother's actions makes it so much more likely that these children will be damaged anyway in the long term.

Is it because society - and that includes family lawyers and judges - still view women's transgressions in a different light from those of men? I'm afraid the evidence points in that direction.

Take non-molestation injunctions. There's been considerable emphasis placed (rightly) on the appalling injustices visited on the vulnerable as a result of the virtual wholesale withdrawal of legal aid in family cases. But legal aid wasn't available anyway for those wrongly accused of being violent in a domestic setting - and those unrepresented parties were almost always men. We've all had cases where our male clients, usually fathers, are ejected from their home on the basis of lies told to the court by their wives. Unless they had the funds to pay their lawyers from their own means, those men were at a disadvantage throughout the ensuing litigation, sometimes with long lasting consequences. How did the situation ever arise where an accuser has the benefit of legal representation but the accused does not?

So although I strongly support the argument that we need to reintroduce legal aid in family cases, particularly where there's domestic violence, shouldn't legal representation be available to both the accuser and the accused?

I'm all for people being taken to task for lying and concealing evidence from the court (I'm always surprised at how rarely judges punish litigants for perjury in family cases) but let's start by treating men and women in the same way. Equality between the sexes is long overdue and that should also apply to crime and punishment.

The views expressed by contributing authors are not necessarily those of Family Law or Jordan Publishing and should not be considered as legal advice.
The website image has been kindly reproduced from Justin Houk under the Creative Commons Licence.
Categories:
Articles