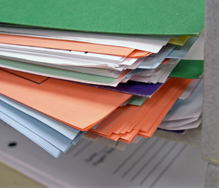 Alex Ruck Keene
Barrister
The CQC published on 26 January its fifth annual report on the use of the DOLS regime, covering the period 2013-4. It also takes the opportunity to reflect upon the past years since the regime came into force, as well as reporting specifically upon practice in 2013-4.

The report paints a distinctly depressing picture in many ways, although there are rays of sunshine, in particular in the examples that are given from practice where DOLS has been used to bring about positive change in a care regime.

I cannot here do justice to the entire report, but identify a few key points.

As the CQC notes:

'It is both striking and concerning that we have seen the same themes recurring in our reports over the last five years.
In respect of 6 areas, the rate of under-reporting would appear to exceed 80% for 2013-4, which is frankly astonishing. Given regional variations in applications for DOLS, it may well be that an partial explanation in respect of areas which appear to do better as regards under-reporting may not be entirely positive – it may be that providers are simply not applying in the first place.

The CQC draws attention to a number of developments, including the Chief Coroner’s Guidance issued in December 2014. The CQC does not directly comment upon the accuracy of the Guidance, which suggests that inquests are only required where there is an authorisation in place, but notes that:

'Part of the challenge in responding to the Supreme Court judgement is in raising awareness with our partners of the true nature of the Deprivation of Liberty Safeguards. For example, it is not the authorisation that causes a deprivation of liberty, rather the authorisation makes sure that any deprivation of liberty is in the best interests of the individual concerned, can be challenged, and will be regularly reviewed. [Note, for instance, in this regard, the case of Nico Reed, where the coroner held that Article 2 ECHR applied to determine the scope of an inquest in respect of a young man who died whilst in supported living.]

We recommend that local authority leads for the MCA and Deprivation of Liberty Safeguards create good working relationships with their local coroners. This is likely to be of great benefit to ensure that a consistent message is given to providers and so that they can work together in dealing with the considerable extra activity as a result of the Supreme Court judgement.' (Emphasis in original)

Article continues below...
Another particularly important – and depressing – area where improvement is required is in relation to the role of IMCAs challenging authorisations. As the CQC notes:

'Under section 39D of the MCA, an IMCA must be offered to the person or their unpaid RPR if they, or the local authority, feel they need support to exercise their rights and to challenge an authorisation that has already been granted. Some unpaid representatives also need support to fulfil their role and can ask the local authority to provide an IMCA to support them when required.

Local authorities told us of a range of practice in IMCA referrals, with some saying they would only instruct an IMCA if recommended by a best interests assessor. Even where there was disagreement between the person and the representative, some said they did not instruct an IMCA. This practice is to be deplored as if the RPR does not help them to challenge an authorisation, it is hard to see how many people subject to an authorisation can exercise their right to challenge it.

These differences in practice echo the findings of the most recent Department of Health report into IMCA use. These found that about a third of local authorities had not made a single section 39D referral all year, including some with over 100 Deprivation of Liberty Safeguards authorisations. The report also showed that there had been a 17% reduction in referrals for a section 39D IMCA (to help challenge an authorisation). Twenty-three percent of IMCAs in our survey said that they had been involved in appealing against an authorisation to the Court of Protection and 46% had been asked to act as a litigation friend.

IMCAs found the process lengthy and dauntingly complex. They felt that there was generally a lack of guidance for IMCAs about taking cases to the Court of Protection and because of this there were unnecessary delays. They felt that they would benefit from clear guidance about the process and how it should be used. We note that even before the rise in requests for authorisation some local authorities were not always providing the support of an IMCA or promoting their vital role in supporting the person to exercise their rights.

We recommend that local authorities and IMCA providers work together to enable IMCAs to carry out their role to support the person or unpaid RPR to challenge an authorisation to the Court of Protection when it is the person’s wish, whatever the IMCA’s views on the rightness of the authorisation.' (Emphasis in original)

The CQC analysed what enforcement actions we had taken during 2013/14 with providers who were not complying with the regulations associated with the MCA and Deprivation of Liberty Safeguards. With the caveat that the statistics may not represent the entirety of the enforcement activity because of difficulties with variation in reporting by inspectors on the MCA and DOLS (a problem that itself requires work), the CQC noted that:
The CQC 'also found some common themes emerging:
The CQC summarised its recommendations thus:
The report, Monitoring the use of the Mental Capacity Act Deprivation of Liberty Safeguards in 2013/14, is available to download here.

This article was originally published on the Mental Capacity Law and Policy website and has been reproduced here with permission of the copyright owner.