CPS prosecuting and convicting more cases of rape, domestic abuse, sexual offences and child abuse than ever before 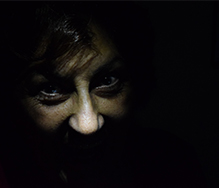 More than 100,000 defendants were prosecuted for domestic abuse, with over 75,000 convicted - the highest volumes ever recorded, also reaching the highest ever conviction rate of 75.4 per cent by March 2016. In December 2015, the new offence of controlling or coercive behaviour also came into law, and our statistics show there were five prosecutions of this offence completed by the end of March 2016.

'Domestic abuse, rape and sexual offences now account for nearly 19 per cent of our workload - an increase over the past six years from just under 9 per cent. While the volume of these cases is increasing, the report also shows the volume of convictions has risen by 11 per cent.

Today a rape, domestic abuse, sexual offence or child abuse case is more likely to be prosecuted and convicted than ever before.'

The report also includes data on the new offence of disclosing private sexual images without consent. The offence was introduced in April 2015, and there were 206 prosecutions over the period covered by the report. The number of obscenity offences prosecuted rose 20 per cent, from 5,782 to 6,940 - this includes prosecutions under the malicious communications act, and for possession of extreme pornographic images.

'There is a growing trend of crimes committed on or through social media. Since the new legislation came into force, there have been over 200 prosecutions for disclosing private sexual images without consent. We have also found that defendants in controlling or coercive cases rely on tactics such as GPS tracking and monitoring phone or email messages.

The use of the internet, social media and other forms of technology to humiliate, control and threaten individuals is rising.

Over the last year, I have doubled the resources in specialist units that handle rape and serious sexual offence cases, including child sexual abuse and sexual exploitation. Prosecutors have received detailed training including on vulnerable victims and the issue of sexual consent.  Following this work we have seen a rise in the rape conviction rate to 57.9 per cent and, significantly, there has also been a fall in the number of acquittals after trial.'

The volume of human trafficking prosecutions has risen by almost 60 per cent, where the gender breakdown of potential victims, from the National Referral Mechanism, shows predominantly female victims of sexual exploitation and domestic servitude, and male victims of labour exploitation. The Modern Slavery Act was implemented in July 2015, and the CPS provided revised guidance and training for prosecutors.

'We welcome this comprehensive report, the transparency it offers and the CPS' ongoing attention to violence against women and girls in all its forms. The increase in prosecutions shows that more women are seeking justice.

But it is still the case that the majority of women and girls subject to these crimes do not report them to the police, and the specialist services which support them are fighting for survival.

The CPS has been committed over many years to analysing its data and practices to improve justice outcomes in this area. This is a model which, in collaboration with specialist services, could ultimately prevent abuse of women and girls. We urge other statutory agencies to work in a similar way.'

As we know from the recent HMIC reports, the police are dealing with more cases of domestic abuse now than ever before - 'Recorded cases rose 31 per cent between 2013 and 2015, Her Majesty's Inspectorate of Constabulary (HMIC) said'. Survivors of domestic abuse who report to the police deserve to have their case treated seriously and the perpetrator prosecuted wherever possible.'