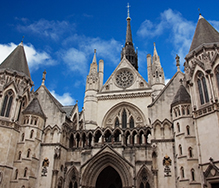 The courts in England and Wales are making emergency preparations for an influx of claims and actions likely to be triggered by Brexit, the lord chief justice has revealed.

Lord Burnett of Maldon said extra staff may be recruited. He also said under-funding of the deteriorating court system was endangering London’s international legal reputation and the foreign earnings it attracts, and he echoed comments made by the Metropolitan police commissioner, Cressida Dick, that affluent drug users should consider the “huge social damage” they cause.

Speaking at his annual press conference in a draughty, 19th-century decorated hall in the Royal Courts of Justice, Burnett said the approach of Brexit had prompted contingency planning.

“An amount of work has gone into looking forward about the consequences of all sorts of outcomes,” Burnett said. “We have been looking at a whole range of ‘what ifs’. We expect there to be a short-term increase in work related to Brexit whatever happens, particularly in the administrative court.

This article appeared in The Guardian. To read the entire story, click HERE.