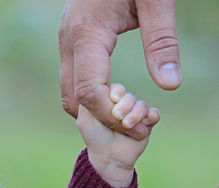 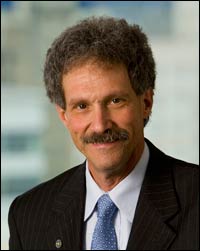 Tomorrow, on 7 November, the Supreme Court in the U.S. state of Wisconsin will hear oral arguments in a grandparent-visitation case, Michels v. Lyons, 2017AP1142. This case affords the U.S. Supreme Court an opportunity to affect the law in an important and highly emotional area.

In the case, Jill Kelsey filed a petition to compel her son (the child’s father) and the mother to provide her with additional visitation time with her granddaughter, Ann. Kelsey had been allowed time with Ann but, by agreement of the parents, it had been reduced. The parents told the court that Kelsey had allowed Ann to ride a horse without a helmet and, at age 4, to sip alcohol.

Although there was no allegation that the parents were not fit, the court granted visitation to Kelsey one Sunday a month and one week each summer. The court held that it could order visitation as long as it applied a presumption in favor of the parents and determined that visitation was in the child’s best interests. The court did not require a finding of harm to the child if the parent’s wishes were being honored.

For that matter, the court did not appear to consider the harm that litigation could inherently pose to the child. The parents jointly appealed, arguing that the court, to overcome the presumption, had applied a preponderance-of-the-evidence standard, which is insufficient under Troxel v. Granville, 530 U.S. 57 (2000). The court of appeals certified the case to the Supreme Court, requesting that the higher court clarify the standard of proof “on this important issue involving a fundamental right.”

In Troxel, to the extent that the opinion of a majority of the justices can be inferred from the six different opinions (three dissenting) which were filed, the U.S. Supreme Court held that parents have a substantive due-process interest in the care, custody and control of their children. Therefore, a court must apply a presumption that a fit parent acts in a child’s best interest. This presumption has been applied in numerous cases since Troxel to deny grandparents visitation, including a Wisconsin case, Rogers v. Rogers, 2007 WI App 50, 300 Wis. 2d 532, 731 N.W.2d 347.

Grandparent visitation is one of those rare issues where no one is wrong and everyone is right. Grandparents can be a highly valuable resource for children – emotionally, financially and as a source of wisdom. Yet court-ordered visitation can be disruptive to families. For example, if there are four living grandparents and each is divorced (which can happen), there are going to be few weekends for the intact family to be together.

More importantly, any time there is a “right” available, litigation is inevitable. The value of grandparents to children needs to be carefully weighed against the inherent harm children will suffer by fighting over them. Unfortunately, this harm is rarely recognized by Wisconsin courts. For example, the Court of Appeals found that an agreement by fit parents to effect a prospective change in placement is invalid. Culligan v. Cindric, 2003 WI App 180, 266 Wis. 2d 534, 669 N.W.2d 175.

Nowhere did the Court of Appeals even consider the harm to a child that could be avoided by such an agreement. Similarly, Wisconsin courts have held that a stipulation by parents to freeze child support is unenforceable because it is not in the best interests of the children involved and therefore contrary to public policy. Frisch v. Henrichs, 2007 WI 102, 304 Wis.2d 1, 736 N.W. 2d 85. Again, the court did not even pay lip service to the value to children of avoiding conflict between their parents.

It is not surprising that the courts either don’t know – or worse, ignore – the interests of children. Although parents usually have legal representation, children at the most have a “best interest” counsel in the form of a Guardian ad Litem. Frequently, GALs do not even participate in appeals (and, sometimes, barely participate at trial). In Michels, for example, the GAL did not even bother to submit a brief on appeal.

As a grandparent myself, I have a great deal of sympathy for someone who is denied access to a grandchild. But sometimes the law has to choose between competing interests. When I’ve served as GAL for children, contrary to popular opinion, rarely do they wish their parents to be reconciled with each other (sorry for fans of “The Parent Trap”). They rarely care about the level of child support. Rather, most children want one thing: Their parents to stop fighting.

Allowing grandparents access to courts to force fit parents to disrupt their family could be good for the grandparents. But it would inevitably entail litigation, which would be the opposite of “stop fighting.” And, worse, the fighting would occur not only with the initial motion to force parents to share children, but over and over as motions to modify are inevitably litigated over the years.

As stated by the Texas Supreme Court: “For the children themselves, the conflict associated with the litigation itself is often much greater than the conflict that led to a divorce or custody dispute…because children suffer needlessly from traditional litigation, the amicable resolution of child-related disputes should be promoted forcefully”. In re Stephanie Lee, 411 S.W.3d 445 (Tex. 2013)

So thank you to the Supreme Court for accepting certification. Here’s hoping the justices will use this opportunity to clarify an area of law which will certainly harm one class of potential parties. Hopefully, that difficult choice will take into account the benefits of protecting children from the harm caused by litigation itself.

Gregg Herman is a life-long resident of Milwaukee. His first job after law school was as an Assistant District Attorney for Milwaukee County (1977 – 1984). Gregg joined Leonard L. Loeb in the practice of family law in 1984, became a shareholder in the firm in 1991 and is now its managing partner. gherman@loebherman.com.