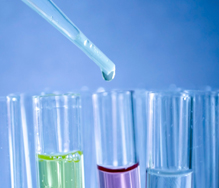 The Court of Appeal has granted the appeal in R (On the application of Mr and Mrs M) v Human Fertilisation and Embryology Authority [2016] EWCA Civ 611, ruling that the late daughter gave consent to her mother conceiving after her death.

The case involves a young woman (A) who died of cancer in her 20s.  During a period of remission, she had undergone treatment to collect three eggs which were frozen and which she later referred to as ‘my babies on ice’.  When storing the eggs, A completed a form which asked what she wanted to happen in the event of her death. She wrote YES to the eggs being stored ‘for later use’, and NO to the eggs ‘being allowed to perish’.  She did not specify in writing how she wanted the eggs to be used after her death, but she was never given any additional forms by the clinic where her eggs were stored, and at the time of storage (and until her death) she was single.

After A died in 2011, her parents (Mr and Mrs M) sought to give effect to their daughter’s wishes and to try to conceive a child (with donor sperm) who Mrs M would carry and who they would raise as their grandchild.  Mrs M had discussed this with A on several occasions, including after A knew she would not survive.  A told her mother that she hadn’t gone through fertility treatment for nothing and that her babies would be ‘safe with them’.  The family thought that all the paperwork required was completed and in place.

However, the UK clinic where the eggs were stored declined to offer treatment, citing a lack of written consent to the treatment proposed by A’s parents. Mr and Mrs M, with the clinic’s support, instead sought to export the eggs to the USA where a clinic was identified that was prepared to help.  The Human Fertilisation and Embryology Authority refused the UK clinic’s application for export of the eggs, and Mr and Mrs M sought a judicial review of that decision.  Mr Justice Ouseley in the High Court last year said the HFEA was right to conclude that there was insufficient evidence of A’s wishes and was therefore entitled to refuse consent to export.

However, the Court of Appeal disagreed. In a judgment handed down yesterday, Lady Justice Arden said that the HFEA (and Mr Justice Ouseley) had erred in their assessment of the evidence.  Although A had not completed additional written consent forms explaining the terms of her initial consent, all available evidence indicated that A wanted the eggs to be used by her mother after her death, and there was no evidence that A wanted the eggs to be allowed to perish.  The Court of Appeal said that it had been unreasonable to expect A to have considered the prospect of export (which she could not have anticipated) or to have set out in detail matters which she had reasonably left to her parents to decide (such as the choice of sperm donor, and the potential risks to her mother in carrying a pregnancy).  Ultimately, the court said it was unreasonable for the HFEA to have concluded that A would not have consented to the course now proposed.

The ruling means that the HFEA will now need to consider again whether to exercise its discretion to permit export of the eggs.  They must take into account the Court of Appeal’s conclusions, and since A’s lack of consent was the reason for their previous refusal we hope that a positive decision will follow shortly.

'Naturally we are delighted with the decision, which follows a long and brave battle to honour the wishes that A clearly expressed to her mother before she died.  This case is an incredibly sad story, and we would urge anyone storing eggs or sperm to record as clearly as possible in writing what they intend to happen if they die.  However, the reality is that the specifics of the future are not always known, and today’s ruling importantly establishes that issues of consent have to be considered in their full context.  We are delighted that A’s clearly expressed wishes have finally been recognised, giving effect to one of the UK’s most the fundamental legal principles on assisted reproduction:  that the person who has given eggs or sperm should decide what happens to them.'
The full judgment is available to download here.