Cohabitation: lessons from research north of the border? [2011] CFLQ 302 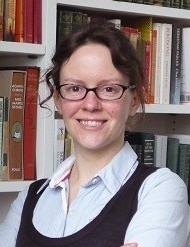 The controversial question of cohabitation law reform in England and Wales lingers on unanswered. Meanwhile, the Scottish Parliament has pressed ahead, and the Westminster Government signalled an interest in considering evidence of the Scottish experience as part of the material on which future decisions for the southern jurisdictions might be taken. A recent empirical research project conducted by the authors examined legal practitioners' experiences of the first 3 years' operation of the new financial remedies between cohabitants in Scots law, introduced by the Family Law (Scotland) Act 2006. This article reviews those findings with a view to discerning what, if any, lessons may usefully be learned for any future reform of the law in this field in England and Wales, in light of the recommendations of the Law Commission in that jurisdiction and the scheme proposed by Lord Lester's Cohabitation Bill. The evidence from our findings points to the likelihood that the introduction of broadly similar provisions in England and Wales would not place significant additional demands on court and other justice system resources, were it made available for such claims. But it also illustrates the importance of articulating the purpose and principles underpinning legislation.