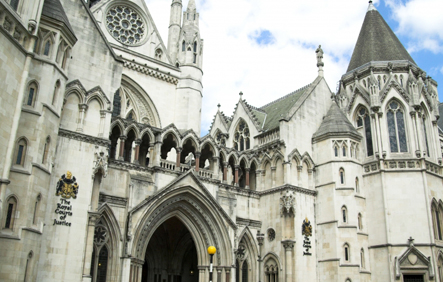 A woman who discovered that her civil partner, who died in 2013, appeared to have hidden assets worth millions of pounds in business assets during the dissolution of their relationship hopes to ask the Court of Appeal to set aside the original 'unfair' settlement.

Helen Roocroft, from Bolton, had been in an 18-year relationship with her wealthy property mogul partner, Carol Ann Ainscow, when the two separated in 2009.

During proceedings, property tycoon Ms Ainscow submitted documents to court suggesting her wealth had been reduced significantly following the property crash brought about by the recession. This led Ms Roocroft, who was unable to claim legal aid and had to represent herself during parts of the proceedings, to accept a £162,000 settlement in 2010.

However, after Ms Ainscow's death in 2013, Ms Roocroft discovered information which led her to believe that her former civil partner had not been truthful about the full extent of her assets and income in the disclosure she made to the courts during their dissolution proceedings.

The 41-year-old instructed specialist family lawyers at Irwin Mitchell to seek to overturn the original agreement made with Ms Ainscow so that a new agreement can be negotiated with the estate based on an 'honest assessment of their assets'.

The court concluded that her application had no merit and dismissed her claim at a hearing in June 2014, judgment having been handed down on 11 July 2014.

The case is to be heard after the decisions in the cases of Sharland and Gohil in October 2015 and Vince v Wyatt in March 2015, and the changes to the Family Proceedings Rules in the same year.

This is the latest in a long line of cases involving allegations of what the court refers to as 'material non-disclosure'. Just last year, Irwin Mitchell also represented two wives - Varsha Gohil and Alison Sharland - who challenged their divorce settlements at the Supreme Court after their husbands were found to have misled them significantly regarding their personal wealth.

The wives were successful in asking the Supreme Court to set aside their divorce settlements on the basis that the husbands were dishonest and deliberately misled them and the courts when they agreed their original divorce settlements.

Specialist divorce lawyer Ros Bever, of Irwin Mitchell, represented the two women in Sharland and Gohil, and is now leading the Court of Appeal challenge on behalf of Ms Roocroft.

She said there were massive similarities between the cases, as all three woman believe they were duped into accepting 'unfair' divorce/dissolution settlements based on knowingly false information provided by their ex-partners.

'This is a landmark case as it involves many complicated issues, but it seems that all too often partners (whether in marriage or civil partnerships) are trying to get out of their obligations by being deliberately obstructive or dishonest about their wealth and assets.

'Last year's judgment in the Supreme Court cases of Sharland and Gohil sent out a clear message that dishonesty will not be tolerated, and this should be no different for civil partnerships.

'Ms Roocroft simply wants the chance to discuss a fair settlement based on the true disclosure of the assets built up during the couple's 19-year relationship.'

Ms Roocroft and Ms Ainscow began their relationship in 1991 and, after living together for several years, converted to a civil partnership in 2008. During the dissolution and financial proceedings in 2010 following their separation, Ms Roocroft alleges she was frozen out of the couple's jointly acquired finances and her ex-partner subsequently misled the court as to the extent of the assets available for distribution, saying her wealth had been adversely affected by the global recession.

Ms Roocroft said she had little choice but to accept the offer to settle the case, because there was little assistance from the court to challenge her ex-partner's claims at the time.

She was initially rebuffed by the courts when she first tried to have the 2010 judgment overturned, but, in January last year, after the Court of Appeal considered the case in further depth, Ms Roocroft was given permission to bring her challenge before the Appeal Court.

The hearing begins on 5 July 2016 at the Royal Courts of Justice and is listed for one and a half days.

Look out for further updates on this case on www.familylaw.co.uk.
Categories:
News