Christmas is a time for mediation 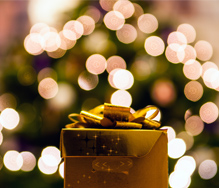 Jo Carr-West
Partner
It would probably have been sensible to write a piece about agreeing arrangements for the festive season in September, or maybe even August. Deciding then how children divide their time when they are off school and celebrations for Christmas or Hanukah, builds in enough time to apply to the court to resolve matters if all else fails. In reality, things do not pan out in that way, and it is in November that people's thoughts start to turn to the practicalities of how to divide the holidays and it is not too late to try to grapple with the arrangements if they are still undecided. But if you do not have time for a court application and cannot agree the arrangements, how can you tackle this?

Christmas is an emotive time and especially so if it is the first one for a separated family who have traditionally spent Christmas together in previous years. For one parent, they will be facing the prospect that they might not be there for their favourite parts of the celebration. Even when you have done it a few times, it can still feel like a bleak exposé of your new reality.

The important thing at this stage – as it is with all matters festive – is not to panic and to take stock. If there has not been any discussion about where the children are going to be, raise the issue now, as communication is key. Think through what methods of communication work best for you and your former partner. If email or text messages have led to misunderstandings in the past, then agree a time to discuss matters face-to-face or on the phone. It is also important to avoid having the discussion in front of the children or involving them in the negotiations.

If direct discussions are not feasible, then consider the possibility of mediation or having a round table discussion involving your solicitors. Mediation lends itself perfectly to the resolution of this type of dispute, which is often one of practicalities rather than of legal issues, as it allows for a discussion to take place in a cost effective way, including the exchange and evolution of ideas.

John Wilson QC will be joined by a...
View product
When approaching discussions with your former partner or mediation, the children need to be the centre of the discussion and the plans. But, what else should you bear in mind at this stage? Here are some suggestions of ways in which the discussions can be made easier:
The discussions will not be easy but they are important to ensure that children have peace of mind and are clear in what the plans for their holidays will be.
Categories:
Articles