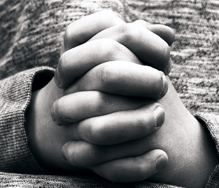 A new report by family charity Gingerbread, concludes that loopholes in the child maintenance service (CMS) is allowing non-resident parents to pay only part of what they should be.

This, the Children deserve more report argues, is letting young people down and failing to ensure they get the support they need. Gingerbread has said that parents complain their concerns are frequently ignored by CMS. The charity is calling for the government to set out a new strategy to combat payment avoidance, including better coordination between CMS and HM Revenue and Customs.
Article continues below...

"The final professional word for the...
£80
View product
Gingerbread’s report highlights administerial changes, such as the decision to base the child maintenance calculation on gross taxable earnings or profits, as having widespread repercussions. One major issue is parents with often considerable assets can end up paying a bare minimum, since several sources of income are not considered.

'At present the system encourages separated parents to play ‘cat and mouse’ with each other and with the CMS. The net result is poorer children.

Parents need to be given a genuine opportunity to try and speak with each other about the vital money matters that affect their child’s future after separation.

Agreements can be made in family mediation, and we know they are much more likely to work for everyone involved. Parents who work together after separation focus their efforts on helping their children prosper despite their separation.

The report indicates a range of measures are used by some parents to deny their children support they’re entitled to.

Whatever tactics they employ the outcome is poorer children, denied the support that is theirs by right at a time they most need it.

Government backing for greater use of family mediation would help save hundreds of thousands of pounds of taxpayers' money.

We support calls for the new government to outline a strategy to tackle this huge problem. We are ready and willing to add our voice and expertise to the new approach that is so badly needed.'