Changes to spousal maintenance to be proposed tomorrow 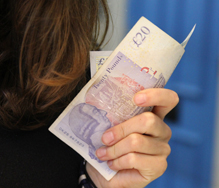 Tomorrow, a Bill brought by Baroness Deech in the House of Lords will reach the committee stage. The Bill seeks to amend the Matrimonial Causes Act 1973 with regard to financial settlements following divorce. The Bill proposes introducing a fixed-term limit for spousal maintenance, among other things. Some family lawyers are warning the Bill’s provisions are unnecessary, arbitrary and risk unfairness.

(a) to restrict the circumstances in which spousal maintenance will be paid and its term;

(c) to give a statutory footing to (increasingly popular) nuptial agreements, albeit erring on the side of respecting parties’ autonomy rather than cross-checking against fairness.

Jo Edwards, Partner and Head of Family at Forsters LLP, told Family Law that "the need for reform is said to derive from the current law leading to uncertainty and significant legal costs for divorcing couples."

However, statistics show that the vast majority of divorcing couples reach agreement on financial matters without recourse to contested court proceedings.

"Particular concern has been expressed by opponents of the Bill to the approach towards spousal maintenance," said Edwards, adding that "the changes suggested by the Bill would restrict spousal maintenance to a period of just five years, unless to do so could cause serious financial hardship. This would be to abandon consideration of a spouse’s financial needs on divorce, disregarding the nature of the marital partnership and the choices made during a marriage, which can often lead to financial disadvantage for one spouse."

Moreover, the introduction of an arbitrary fixed term for spousal support has significant potential to operate unfairly against a spouse who was formerly financially dependent onthe other, Edwards continued.

"The law must be sufficiently broad to apply to the enormously wide spectrum of couples before the court. There is a risk in the Bill’s current wording that many spouses (usually wives) could be left in a state of real financial hardship if this law is enacted and consideration of their financial needs on divorce abandoned. In pursuit of certainty, the Bill would unwisely remove from judges the current flexibility that allows them to ensure a fair outcome in all kinds of cases. We have a very different legal system than in Scotland and this must be reflected in our laws, which ought to move towards more principled discretion/a focus on achieving financial independence on divorce in a defined timeframe, without strait-jacketing judges," Edwards concluded.