Home / News & Comment / Case close-up: She paid the insurance premiums for 13 years, but his new spouse got the payout — Until the court intervened
News & Comment
Online Shop
CPD & Events
Authors
About Family Law

Case close-up: She paid the insurance premiums for 13 years, but his new spouse got the payout — Until the court intervened 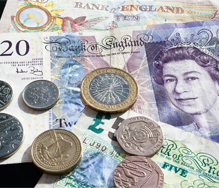 An Ontario woman who paid life insurance premiums for 13 years on a policy on her former husband, only to discover that her ex had made his new spouse the irrevocable beneficiary, will not walk away empty handed, writes Adam Black of Torkin Manes LLP.

In a decision released on Nov. 23, 2018 (2018 SCC 52), the Supreme Court of Canada confirmed that a person other than a named beneficiary may be entitled to receive the proceeds from a life insurance policy. In the 7 to 2 decision, the Court overturned the Ontario Court of Appeal’s decision and restored the trial judge’s decision.

Broadly stated, Moore v. Sweet was a contest between two individuals who claimed an entitlement to the $250,000 in proceeds from a life insurance policy. The factual matrix is somewhat unusual, involving two former spouses, Michelle and Lawrence, and Lawrence’s new spouse, Risa.

Following their separation, Michelle and Lawrence agreed that Lawrence would maintain a policy of life insurance on his life, designating Michelle as the beneficiary. In exchange, Michelle agreed to be solely responsible for the cost of the insurance premiums. Unfortunately, Lawrence did not uphold his part of the bargain and designated his new common law spouse, Risa, as the irrevocable beneficiary of the life insurance policy. According to Risa, Lawrence named her as the beneficiary to ensure she did not worry about paying for her rent and medication.

In accordance with the agreement she reached with Lawrence, Michelle continued to pay the premiums with the expectation that, if Lawrence died, she would receive the proceeds. Lawrence did not provide any notice to Michelle that she was no longer the beneficiary. Michelle was unknowingly maintaining a life insurance policy for the benefit of her former spouse’s new spouse.

Lawrence passed away approximately 13 years after Risa was named as the beneficiary. Throughout that time, Michelle faithfully paid the insurance premiums to the extent of approximately $7,000. Lawrence died without any assets of significance. Following Lawrence’s death, Michelle sought to collect on the policy and was advised by the insurer that she was not the beneficiary. Michelle commenced court proceedings in respect of her entitlement to the proceeds of the policy.

The court was asked to determine whether Risa or Michelle was entitled to receive the proceeds from the life insurance policy. More specifically, did the facts of this case amount to “unjust enrichment” such that Michelle ought to receive the life insurance proceeds notwithstanding Risa’s designation as beneficiary under the policy? Further, if unjust enrichment was found, Michelle asked the court to impress the proceeds with a constructive trust in her favour.

Unjust enrichment occurs when one party is enriched, the other party is correspondingly deprived and both the enrichment and deprivation occur without any principled reason. If unjust enrichment is found, the remedy can be either personal or proprietary. A personal remedy is essentially money owed by one party to the other. A proprietary remedy, conversely, can result in an individual having an ownership interest in the subject property. Known as a constructive trust interest, such a remedy may be granted in cases in which a personal remedy would be inadequate.

Writing for the court, Justice Côté noted that justice and fairness are at the core of the dispute between Michelle and Risa, both of whom are innocent parties. The court had to reconcile the facts that Michelle had paid around $7,000 in exchange for remaining the beneficiary with Risa’s clear designation as beneficiary under the policy.

The court easily found that Risa was unjustly enriched (through the receipt of insurance proceeds) and Michelle was deprived (as a consequence of her payment of the premiums). Perhaps the most interesting question, however, was the extent of Michelle’s deprivation: was she simply deprived of $7,000, being the cost of the premiums, or was she deprived of $250,000, being the amount of the insurance proceeds payable upon Lawrence’s death?

After careful consideration, Justice Côté confirmed that the measure of Michelle’ deprivation is not limited to her out-of-pocket expenditures or to the benefit taken directly from her. Rather, the concept of “loss” also captures a benefit that was never in Michelle’s possession but that would have accrued for her benefit had it not been received by Risa.

The court ultimately impressed the full $250,000 of insurance proceeds with a constructive trust in Michelle’s favour. In doing so, the court was likely guided by a broad definition of unjust enrichment as being circumstances in which “a defendant receives a benefit from a plaintiff in circumstances where it would be against all conscience for him or her to retain that benefit. Where this is found to be the case, the defendant will be obliged to restore that benefit to the plaintiff.”