Capacity and transparency: the Court of Protection and the media 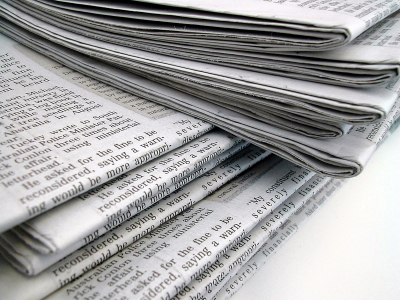 Sir James Munby is well known as a promoter of transparency in the family courts, but perhaps lesser so as being equally enthusiastic with regard to the Court of Protection (CoP). The transparency agenda has recently been dramatically advanced in the CoP, by a pilot scheme in which the presumption of a closed court is reversed. The announcement and implementation of this pilot coincided with unusually high press coverage of one CoP case – ‘the woman who lost her sparkle’.

In V v Associated Newspapers [2016]  EWCOP 21 Mr Justice Charles, Deputy President and Judge in Charge of the CoP, deals decisively with both developments. The application was by a number of news organisations to lift reporting restrictions on identifying and naming ‘C’, following her death in late 2015. An added dimension for family lawyers is Charles J’s attention to the probability of serious and long-term harm and distress that C’s teenage daughter would suffer if the family was identified. So far as the pilot is concerned, family lawyers might also be wondering about the implications on the future of family courts. In August 2014, the President did moot the possibility of some, normally private, family hearings being held in public.

The CoP (as established under the Mental Capacity Act 2005) sits under a separate set of rules to the family courts. These originally stipulated that hearings would normally be held in private (and therefore be subject to s 12 of the Administration of Justice Act 1960, as are family hearings) but hearings about serious medical treatment would be held in open court. The rationale for this distinction has since been  questioned by lawyers and journalists and, under the pilot, it disappears for a trial period of six months. C, the woman at the centre of V v Associated Newspapers was refusing life-saving treatment, and thus her case was being conducted in public, in any event. MacDonald J held that she did have capacity to refuse treatment. That hearing, in November 2015, attracted considerable press attention, the nature of which should perhaps have given pause to the proponents of the pilot, scheduled to begin in January 2016.

In the new judgment, Charles J considered whether anonymity provisions that were put in place while C was still alive should continue after her death. Her daughters want them to remain. He succinctly summarises the extent and tone of the media characterisation of C, and the way this engaged the ‘prurient interest of the public’ rather than genuine public interest in important issues about capacity. Several newspapers were trivialising the issues into one of a ‘selfish mother’, ‘man eater’ and ’socialite’ with a ‘narcissistic disorder’. This was based on C’s adult daughters’ evidence that, although aged only 50, she could not face living with illness, and that she had tried to take her own life because she had ‘lost her sparkle’. There was implied criticism by Zoe Williams in The Guardian of MacDonald J’s description of the logic of C’s thinking, as almost a rebuke of her lifestyle choices and emotional neglect of her family. Barrister Barbara Rich, objecting to the inaccurate description of the CoP as looking after ‘sick and vulnerable people’ and a mythical ‘right to die’ took this up with the Guardian Readers’ Editor, who gave her complaints serious consideration. Far worse, as we now know from Charles J’s judgment, C’s daughters were being harassed; reporters from the Daily Mail visited the home of the youngest, and asked about the family in the village pub. The Times and others published photographs of C in happier times, with her face obscured, but probably recognisable to people who knew her.

Charles J concluded that there was little weight in the media’s Article 10 interest in naming C, and that the balance was firmly in favour of Article 8 protection of the privacy of her family by extending the restrictions indefinitely. He also adds a useful schedule of guidance on reporting under the pilot. It should be emphasised however, that C’s case was held in open court in any event (with appropriate reporting restrictions) and that she was not a famous, publicity-seeking person, but a woman whose decisions were unconventional ones. In Charles J’s words, the CoP decision that C still had capacity to make such decisions ‘had a profound effect on her family’. The court process is clear, and that is all we need to know.
You can follow Julie on Twitter @julie_doughty.

A more in-depth analysis of the case by Chris Stevenson will appear in the June issue of Family Law.
Categories:
Articles