Analysis: Implications of cannabis use in family law matters in Canada 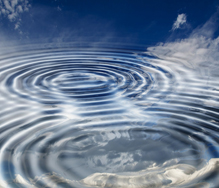 Miller Thompson's Joanna Harris reviews implications of cannabis use in family law matters, primarily custody and access of children. It follows the introduction of the Cannabis Act, which came into force in Canada in October last year. The law legalized the recreational use, possession, and growing of cannabis, subject to some restrictions.

Prior to the legalization of recreational use of cannabis, or marijuana, Ontario courts have regularly addressed the issues of marijuana use and child custody with varying levels of disapproval.

In 2016, the Ontario family court found that marijuana use negatively affects a parent’s capacity to properly care for the needs of a child (Durham CAS v. J. L.B.):

It is my strong belief that marijuana impacts the capacity of an individual to make reasoned decisions regarding the care of a child. In situations involving the consumption of alcohol, we often see restrictions that a parent will not drink to the point of intoxication… Monitoring compliance with such a condition can be difficult.

Use of marijuana is equally problematic… The fact that the federal government has plans to legalize marijuana, in my view, has no impact on this issue. The use of marijuana, like alcohol, whether legalized or not, has a negative effect on a parent’s capacity to properly care for the needs of a child…

However, in 2017 (M.A. v. E.A.), the court did not rely on the mother’s daily use of marijuana to deny her custody or access, despite its concern. Nevertheless, the court required that she not use marijuana while the child was in her care. It is worthwhile noting that in this case, there was no evidence of the marijuana use impacting the mother’s caregiving.

Generally, when courts have criticized marijuana use by a parent, that parent is not necessarily prohibited from having parenting time, but restrictions have been placed on their use of marijuana prior to and during their time with a child.

The evidence of a parent’s marijuana use must be sufficient and credible. Courts may decline to make an order restricting the use of marijuana if the evidence cannot establish that marijuana is being used while a parent is caring for a child (N.T. v. R.R.K.).

Courts may also give favourable consideration to a parent’s commitment to forgo or diminish their marijuana use and participate in a regime of reliable testing to answer concerns about marijuana use (Davie v. Davie; Chan v. Ly).

One can expect that views toward marijuana use will be similar to those toward alcohol use. Even though the use of alcohol, marijuana and non-prescription drugs is legal, courts can, and have, ordered parents not to consume these substances for twelve hours prior to, and during the time that they have care and control of a child (Darby v. Wilhelm; Delwo v. Delwo).

Courts will likely be faced with more cases involving marijuana use by parents, given the recent legalization of the recreational use of marijuana. They will have to assess whether the marijuana use has a detrimental effect on parenting.

It is clear that any parent must keep all cannabis products away from children.

At the time of writing, the Government of Canada has published a guide “Thinking about using cannabis while parenting?” available here.

In addition, the Cannabis Act has several measures that are meant to help prevent youth from accessing cannabis, which include age restrictions and restriction on the promotion of cannabis to youth. There are two criminal offences related to providing cannabis to youth, with maximum penalties of 14 years in jail.