Can you change a court order made on divorce? 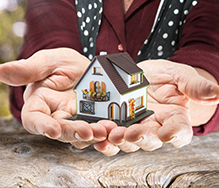 In Birch v Birch [2017] UKSC 53 the financial arrangements following the couple’s divorce were concluded in 2010 and the terms of the financial settlement were agreed in a consent order. Under the order, the husband agreed to transfer his legal and beneficial interest in the former matrimonial home to the wife subject to the mortgage. In turn, the wife undertook to make the mortgage payments herself, indemnify the husband in this respect and to use her best endeavours to procure the husband’s release from the mortgage covenants. In the event that she was unable to do so by September 2012, she gave a further undertaking that the property was to be sold.
Article continues below...

This arrangement is not particularly unusual. Every day, family practitioners advise on this scenario and it is common for similar undertakings to be given particularly where there are young children and the parents wish to minimise disruption and upheaval for them. What is unusual, however, is that in this case the wife, unable to release the husband from the mortgage by September 2012 and therefore unable to fulfil her promise to the court, applied to the court in November 2011 to vary the undertaking so that sale of the house and the husband’s release from the mortgage would be deferred until August 2019 when the youngest child reached the age of 18.

At first instance, the wife’s application was dismissed for the absence of jurisdiction. Her appeal was again dismissed in the Court of Appeal. The wife appealed to the Supreme Court.

The decision of the  Supreme Court

By a majority of 4:1 the Supreme Court ruled that there was in fact jurisdiction to hear the wife’s application. But instead of characterising the application as a ‘variation’ of the undertaking (as was adopted in the lower courts) which was said to be confusing, the Court held that its power lay only in being able to grant  or refuse an application to be released from an undertaking (not to vary an undertaking). At para 5, the court states that an undertaking is by its nature voluntary and a court has no power to impose any variation of the terms of a voluntary promise. It can however release or discharge an undertaking. Although exercise of its power may result in something which looks like a variation of an undertaking, it is the product of a different process of reasoning. [para 5]

Further, the majority held that in light of the equivalence of the wife’s undertaking with a s 24A order for sale, the inquiry will be conducted in accordance with s 31(7), giving first consideration to the welfare of the children, though this consideration may be outweighed by other factors. [para 29]

The case is to be sent to HHJ Waller for determination as to whether the wife’s application to defer the sale of the former matrimonial home should be granted. Pursuant to s 31 of the Matrimonial Causes Act 1973, the judge will consider the welfare of any minor children primarily. However, other factors will be taken into consideration. Whilst it is not a requirement under s 31(7) to show that there has been a change of circumstances for the exercise of the jurisdiction to vary a s 24A(1) order for sale, the court stated that unless there has been a significant change of circumstances since the order was made, grounds for variation of it under s 31 seem hard to conceive [para 15]. Crucially therefore, the wife will need to show if there has been a significant change in circumstances which merits her being released from the original undertaking and to what extent, if any, the husband has been prejudiced or will be prejudiced by remaining liable under the mortgage covenants. If the court finds that the husband has suffered, and/or would be likely to suffer, prejudice as a result of delay in selling the home, the court might favour compensating him by asking the wife to make provision for him out of the ultimate net proceeds as a condition of release [para 30]. The husband had already made an open offer to the wife agreeing to a postponement of sale on the basis that he receive 30% of the net proceeds of sale. This was rejected by the wife.

Lord Hughes gave a dissenting judgment on the principles for the exercise of the Court’s jurisdiction to vary a s 24A order for sale (not on the existence of the jurisdiction or its equivalence via an undertaking). Central to his judgment is the fact that an order for sale is ancillary to a capital order which cannot be varied whether or not there is a change of circumstances. At para 54, Lord Hughes states that the acid test should be whether the application is in substance (impermissibly) to vary or alter the final order or whether it is (permissibly) to support it by working out how it should be carried into effect. He states that the present case attempts to vary the original order and that the Court of Appeal was therefore right to hold that it was bound to fail.

What are the  implications of this judgment?

Whilst it may seem just and fair that a mother and her children be permitted to stay in the family home until the children finish their education so as to minimise any disruption to the children, this can come at a significant cost. It may have serious financial consequences for a father who may, by implication, remain subject to the mortgage covenants despite no longer having any interest in the property. In all likelihood it will affect his ability to get another mortgage to purchase a home for himself as the mortgage company will be concerned by the fact that he remains liable under an existing mortgage.

It remains to be seen of course as to whether the wife will ultimately be successful in her application to be released from her undertakings and what, if any, revised undertakings are deemed acceptable in turn.

'A case about undertakings? This is likely to have readers turning the page. For those who have been through divorce or separation or risk going through it this was infact a seismic case with unforeseen implications that will be emerging probably for years.

The situation was common-place: a spouse had promised her husband she would try to  release him from the mortgage on their home and when she succeeded then he  would transfer the former family home to her.

The development less usual: she had perhaps not done her homework – she had agreed to a set  of orders but proved to be unable to achieve the release of her former husband  from the mortgage covenants … she elected to go to the court to ask it to  vary the undertaking she had given, in effect to offer her more time in the  home (until the children were grown).

The choice for the courts was simple:

And the outcome was restricted … courts can’t use the fact of an undertaking as a doorway to impose whatever sort of re-modelled promise they want … it is a “take it or leave it” option.

Having said that, the promisor might propose a different sort of promise to entice the court to release them. This was where the dissenting judgment popped up – with the view that this is not possible if the type of order (here a capital order) is non-variable.

One reason for our keen interest in the case relates to child support. Here the appalling situation persists of the CMS being able to intervene to overturn a perfectly sensible child maintenance arrangement after 12 months even where there has been no material change of circumstances. Practitioners have started to use undertakings as a way of “proofing” the court-based arrangement against this sort of action (usually taken by the paying party, where s/he can see that the crude approach of the CMS will result in a low award).

What if the paying party offers no replacement undertaking? We would have preferred the court to be given a free hand to regulate the level – but now it appears a form of Mexican stand-off can develop where the payer refuses to offer a promise and the court might be reluctant to release the payer for fear of a regime of negligible payments courtesy of a CMS intervention.

So there is more to explore. It is because undertakings crop up in such a vast variety of different circumstances that this judgment is going to be so significant and the precise words and analysis will no doubt be examined late into the night to build arguments that may sway significant issues in cases – in particular where, as here, the unforeseen has cropped up. Many of these will be of the “commit in haste, repent at leisure” sorts of case – where perhaps late on in the day, negotiations have concluded expecting something to “come good” and one side has, expecting all to be fine given the undertaking only to find the harsh reality beating down upon the situation the following morning. Practitioners will need to be vigilant about the promises they advise their clients to give and receive. They remain as a sticking plaster for many situations where the court powers don’t provide cover but they are not as elastic as we might have hoped or our clients might need.'

The original version of this article was published on Family Law in Partnership.
Categories:
Articles