Bristol court hosts ‘Mothers in recurrent care proceedings: how do we break the cycle?’ 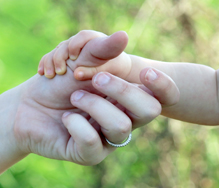 Amy Sanders
On 20 October, the Bristol Civil and Family Justice Centre hosted another informative evening event open to the public. This time the focus was on ‘Mothers in recurrent care proceedings: how do we break the cycle?’

This is the latest in a number of initiatives taken by the Bristol court and local professionals to engage with the public and offer more insight into the workings of the Family Court and the issues faced by practitioners and parties.

The evening was chaired by Judi Evans of St John’s Chambers and the panel of speakers were:
There was also a written contribution from Surviving Safeguarding, who is a parent and campaigner for mothers.

Karen Broadhurst began by discussing the research she has conducted with the Nuffield Foundation, which found that 1 in 4 women will return to the Family Court, having previously lost a child by way of a court order. A huge issue such women face is the near impossibility they have accessing vital services and the fact that any help received during care proceedings falls away once the proceedings have finished.

Over 50% of the women who experienced repeat removals of their children had been involved in the care system themselves. Many had suffered placement breakdowns and had negative experiences in their care history. A comment frequently made by these mothers was that due to their prior involvement with the local authority, they felt their ‘card was already marked’. Without positive intervention and the necessary access to support, more candidate mothers are being created for care proceedings and the issues will only get bigger if they are not addressed.

Georgina Perry explained the Pause model and the aim to break the cycle of repeat removal by intervention taking place before the woman becomes pregnant to help them focus on accessing the support they need and taking control of their lives. Georgina explained one of the core requirements to receive help on the programme is that the women agree to take long-acting, reversible contraceptive for 18 months. The basis for this requirement was to allow the women to focus on themselves without the added pressures of being pregnant or involved in proceedings, so they could engage and stabilise their housing and access appropriate support services.

Women who engaged with Pause had found it incredibly hard to access services and understand the legal language used within court proceedings. Pause are soon to publish findings from their latest study. Georgina explained that prevention and support were key, otherwise there would continue to be an inhumane removal of children in this cycle.

Sally-Anne Jenkins described the work Newport City Council is undertaking to provide an intervention model, working alongside other support services, including Barnardos, to support mothers facing repeat care proceedings. Following the Social Services and Well-being (Wales) Act 2014, which made major changes to the social services function in Wales, they are working to balance early intervention with operational social work and provide a range of support involving women from the outset, and encouraging them to set their own goals.

Dr Freda Gardner gave insight into the work undertaken at Orchard House and the mothers they see who have experienced repeat removal of children and in subsequent care proceedings were pushed through the process even faster. Dr Gardner explained their objective in repeat proceedings was, rather than to provide repeat assessments of the women, to work with them following recommendations made in previous assessments and provide the therapeutic work recommended and required. An assessment would then be made on the women’s progress following support work. In this manner, the parent’s capacity to change could be more accurately reflected. Another initiative related to women who had a focused psychological difficulty that could be treated quickly (for example difficulties being able to recognise children’s cues and needs). Skills such as identifying and responding to children’s cues could be taught and people could be helped with therapy. This would provide a focused intervention with positive results for future change.

The most thought-provoking input came from Surviving Safeguarding who, whilst not there in person, made an impact with her written contribution. Having outlined her childhood experiences and subsequent involvement with the Family Court facing repeated removals of her children, she went on to express her views about wishing to train parent advocates who could provide support to women having been through the process themselves. She explained the need for kindness and therapy and the opportunity for women to take control. Further outlined were her reservations about the Pause model and specifically the requirement for the women to submit to long-term contraception. She was uneasy about this imposition of control, which could be viewed as a form of coercion. She asked where the intrusion stops and felt this was not the correct way to empower women to break the cycle. Education and empowerment were key to helping women make their own choices.

The remainder of the session saw questions and comments being taken from the audience, looking into the reasons why women experienced repeated removals and discussing what more could be done to help break the pattern. Bristol City Council are looking into developing their own model with hopes to run this for an 18-month period. Whilst in the early proposal stages, there is an appetite to run a project in the area and it would aim to work with 20 women.

There were many differing views expressed during the evening and a divergence of opinion in particular to the issue of long-term contraception; however, consensus was that more needs to be done to help women move away from a pattern of repeat removals of their children, and that access to support was crucial. The President’s 15th view expressed strong support for the Pause project and it will be interesting to see how this develops and whether more opportunities for early intervention become available.
Categories:
Articles