Brexit: To Hell in a Handcart - Episode One 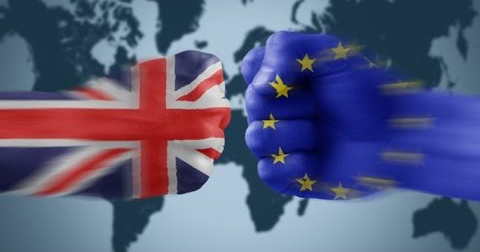 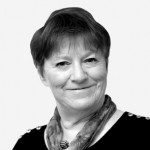 Rebecca Bailey-Harris
Barrister
The below article appears in the May issue of Family Law at [2016] Fam Law 568 and has been made available, free of charge, as a service to our readers.
We two authors are avowedly in favour of the United Kingdom remaining within the European Union. Our views are founded in the political and social realities on which membership is based and from which the legal consequences flow. The legal system in which we have both grown up (one somewhat earlier than the other) is that of EU law being directly applicable in the UK. It thus becomes our domestic law – and for good reasons which the misguided views of the Brexit supporters simply fail to realise. We shall endeavour to convince. Our shared views are best expressed through joint authorship. We believe that the decision of our opponents David Hodson and Gavin Smith (esteemed colleagues of ours but with a peculiar blindness in this field) to write separately aptly demonstrates that further fragmentation is on the way if Brexit eventuates.

The debate in this journal focusses on the issues facing family lawyers. But we repeat our message that the particular area of law nearest to our hearts and pockets must not be seen in isolation from the bigger picture. Episode I of our contribution will paint that bigger picture and Episode II will draw out its consequences in some detailed areas of relevance to family law.

The European Communities Act 1972 was the instrument enabling the UK to join the European Economic Community. Brexit supporters purport to emphasise the limitations of the institution which we originally joined but they overlook s 2(4) of the 1972 Act which provides that all UK legislation shall have effect subject to directly applicable EU law. The EU has subsequently evolved and we have evolved with it. Under the Treaty of Lisbon 2009 two treaties are of equal value: the Treaty on the Functioning of the EU (TFUE) and the Treaty on European Union (TEU). The treaties have profoundly affected the constitutional position of the UK. By Art 288 of TFEU, EU Regulations are of direct effect in each and every Member State without any domestic legislation being required to give effect thereto. Thus the dichotomy between EU law and ‘domestic’ or ‘national’ law is in truth a false one: EU law by operation of its direct effect becomes domestic law. The corollary is that any domestic legislation (primary or secondary) which purports to conflict with a Regulation in a field covered by that Regulation ratio materiae is simply null and void. This constitutional position has been lucidly and succinctly explained by Mostyn J in EDG v RR (Enforcement of Foreign Maintenance Order) [2015] 1 FLR 270 and by Roberts J in MS v PS [2016] EWHC 88 (Fam).

Brexit supporters with their inevitably narrow perspective trumpet this legal effect as a lack of sovereignty and shriek for the restoration of the status quo ante before we signed up to the EU. But this is wholly to miss the point. EU law is directly applicable in Member States and creates uniform rules in the chosen fields precisely because such uniform rules are required in the context of freedom of movement (including that of families) within the EU. An inevitable consequence of Brexit must be a reduction of freedom of movement within geographical Europe and we wait with anticipation to see how our opponents will deal with this issue.

Take the classic example of Brussels IIa. Given the mobility of families within Europe, it is self-evidently desirable to have uniform rules of jurisdiction on essential matters such as divorce and parental responsibility. Recital (1) of the Brussels IIa articulates precisely this objective. It provides:

‘The European Community has set the objective of creating an area of freedom, security and justice, in which the free movement of persons is ensured. To this end, the Community is to adopt, amongst others, measures in the field of judicial co-operation in civil matters that are necessary for the proper functioning of the internal market.’
Article continues below...
That is what Arts 3 and 8 of Brussels IIa are designed to effect. Looking also to the Maintenance Regulation, it surely is beyond argument that there should be uniform rules of jurisdiction on where a maintenance creditor can bring an action and where a maintenance creditor can be sued. Brussels Ia applies generally in civil and commercial matters but will be familiar to family lawyers because it establishes uniform rules for where a defendant can be sued, including rules on matters concerning real property of which TOLATA proceedings are the classic example.

We will show you in more detail in Episode II why the precise content of these Regulations demonstrate wisdom in their formulation. For the moment, we confine ourselves to highlighting Art 3 of Brussels IIa which sets out the uniform rules for divorce. The objective of that article, as explained in the Borras Report (OJ 1998 C 221/27, 16 July 1998) is to establish a genuine connection between a person and the Member State in which the court’s jurisdiction is invoked. Article 3.1(a) contains a variety of links based on habitual residence, while Art 3.1(b) bases jurisdiction on the common nationality of both spouses or, in the case of the UK and Ireland, common domicile. This represents a fine compromise between the concept of habitual residence traditionally beloved of civil lawyers outre Manche and that of domicile equally beloved of common lawyers within the UK. As to habitual residence, the autonomous concept to be applied (as the case law of England and Wales demonstrates) is that of the individual’s centre of interests, taking into account all relevant factors including intention.

This ‘qualitative’ test is derived from the seminal judgment of the French Cour de Cassation in Moore v McLean (iv 1ere, 14 December 2005), in turn drawing on the definition of habitual residence in Regulations applying in other fields involving social and family mobility such as social security entitlement. The qualitative centre of interests test is far better suited to the realities of modern social mobility than the day-counting ‘quantitative’ test of habitual residence applied in earlier English domestic family law. The modern European family may have several physical residences in different Member States and what matters for fixing jurisdiction is identifying the centre of interests of the individual who comes before the court in the context of divorce. Take also the test of habitual residence for a child under Art 8 of Brussels IIa. In accordance with modern realities this focusses on the degree of integration by a child in a social and family environment, as articulated by the Court of Justice of the European Union in Re A (Area of Freedom, Security and Justice) [2009] 2 FLR 1 and Mercredi v Chaffe [2011] 1 FLR 1293. We also approve of the simplicity of the lis pendens rule in Art 19, which accords priority to the court first seised. We will explain why in Episode II.

No doubt our learned (sic) opponents will draw attention to the seeming complexities of the Regulations and the case law which they have generated. We will address this in the next Episode, but for the moment we are concerned with the big picture. Under the constitution of the EU, the court of any Member State is able to refer to the Court of Justice of the European Union a question concerning the interpretation of a provision of a Regulation: see Art 13(b) of the Treaty on European Union 1992 and Art 267 of the TFEU. This is an invaluable source of clarification in legal interpretation. The procedure is simple and does not even require domestic remedies to be exhausted, as illustrated by the recent reference by Roberts J in MS v PS of questions concerning the route for enforcement of orders under the Maintenance Regulation.

Brexit supporters should desist from the bland generality of their rhetoric and contemplate with some precision (hitherto woefully absent) what would be the family law consequences of exit. Under Art 50 of TEU a notice of intention to withdraw will automatically result in cessation of EU membership within 2 years, unless a withdrawal agreement sets a different date or Member States unanimously agree to an extension. What would happen to our laws after the withdrawal date, when EC Regulations cease to operate by direct effect? In relation to jurisdictional rules, would the UK simply be content to revert without further discussion to old provisions of domestic law such as the Domicile and Matrimonial Proceedings Act 1973 and the Family Law Act 1986 which were themselves significantly amended with effect from 2001 to take account of European harmonisation by Brussels IIa? Would it be a truth universally accepted that we have learned nothing from the content of jurisdiction rules in the Regulations which we have now applied for many years? If not, the usual process of law reform would have to be followed: lengthy law reform consultations which could eventually lead to the enactment of provisions identical to or not far removed from those of the Regulations.

We must all contemplate the practical consequences of a post Brexit landscape in international family law. In relation to jurisdictional disputes arising with the remaining Member States of the EU, we would apply our domestic jurisdictional rules and each Member State would apply the EC Regulations. Where those rules differ in substance, could not this lead to unseemly races to judgment and further to the revival of that spectre well known to the conflict of laws, the ‘limping marriage’. Many marriages are sufficiently challenged without the added problem of inconsistent judgments – the avoidance of which is central to EU law.

Consider also the position between England and Scotland. If Brexit won the day Scotland may well conduct its own further referendum to obtain political independence from the UK and subsequently its own membership of the EU. Adieu then to a provision such as para 8 of Sch 1 to the Domicile and Matrimonial Proceedings Act 1973?