Brexit is important but it’s time to focus on a different divorce bill, charity urges 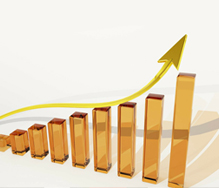 With Brexit dominating the general election campaign, politicians of all colours are being urged by a leading charity to explain how they will tackle a divorce bill that’s much closer to home: the £48 billion annual cost to the UK economy of family breakdown.

The hidden costs to the taxpayer of family breakdown include the bill to pay for things that can result from divorce and separation, including:
Jane Robey, CEO of National Family Mediation, has written to the leaders of the main political parties asking them to set out their plans to address the nation’s family breakdown bill, which has gone up by nearly a third in the past 8 years.

'Family breakdown costs the UK economy £48 billion per year,' she says. “That’s a cost to each and every taxpayer up and down the land of £1,820 a year.' She goes on to say:

'Attention during this general election campaign is understandably targeted on the negotiations and the cost of the UK’s departure from the European Union.

But whilst estimates about the costs of Brexit range from £15 billion to £50 billion, politicians would be plain daft to overlook the escalating £48 billion annual family breakdown bill. They need to set out what plans they have to reduce it.

Family mediators understand better than most people that the primary impact of divorce and separation is the stress and pain felt by those whose families are undergoing break-up – especially the children. But simply ignoring the bill the taxpayer is expected to foot cannot be an option.

It would be folly to overlook the effect that badly managed family breakdown has on our UK economy, and taxpayers’ pockets.'

When The Relationships Foundation first researched the cost to the economy of family breakdown in 2009, it stood at £37 billion a year. The Foundation’s latest update in 2016 shows it has rocketed to £48 billion.

'Unless the government – whatever its political colour - takes control the bill will just rise and rise,” Jane Robey added. “And there will be still less in the public purse for the things we expect our tax to pay for, like health, education, defence and tackling crime.

Politicians are continually quizzed about explaining how they’ll pay for the promises they unveil on those very issues at election time, so it’s only fair that the public should expect the parties to explain their strategy to reduce the family breakdown bill they are expected to meet from their hard-earned taxes.'

She outlined the huge potential of alternative means of resolving family disputes.

'When a couple separates, there are huge issues to address surrounding things like parenting, property and money. It’s sadly become the norm for couples to go to a lawyer, and spend huge sums of a court battle that sees them and their children end up much poorer.

Family mediation is a short, time-limited intervention that helps people resolve all the legal and emotional aspects of a divorce or separation. It helps couples sort their differences much more quickly, much more cheaply and much less stressfully. Effective government backing for the process is long overdue.

It’s a proven no-brainer, but successive governments have failed to properly support the family mediation model. It’s time for that to change.'