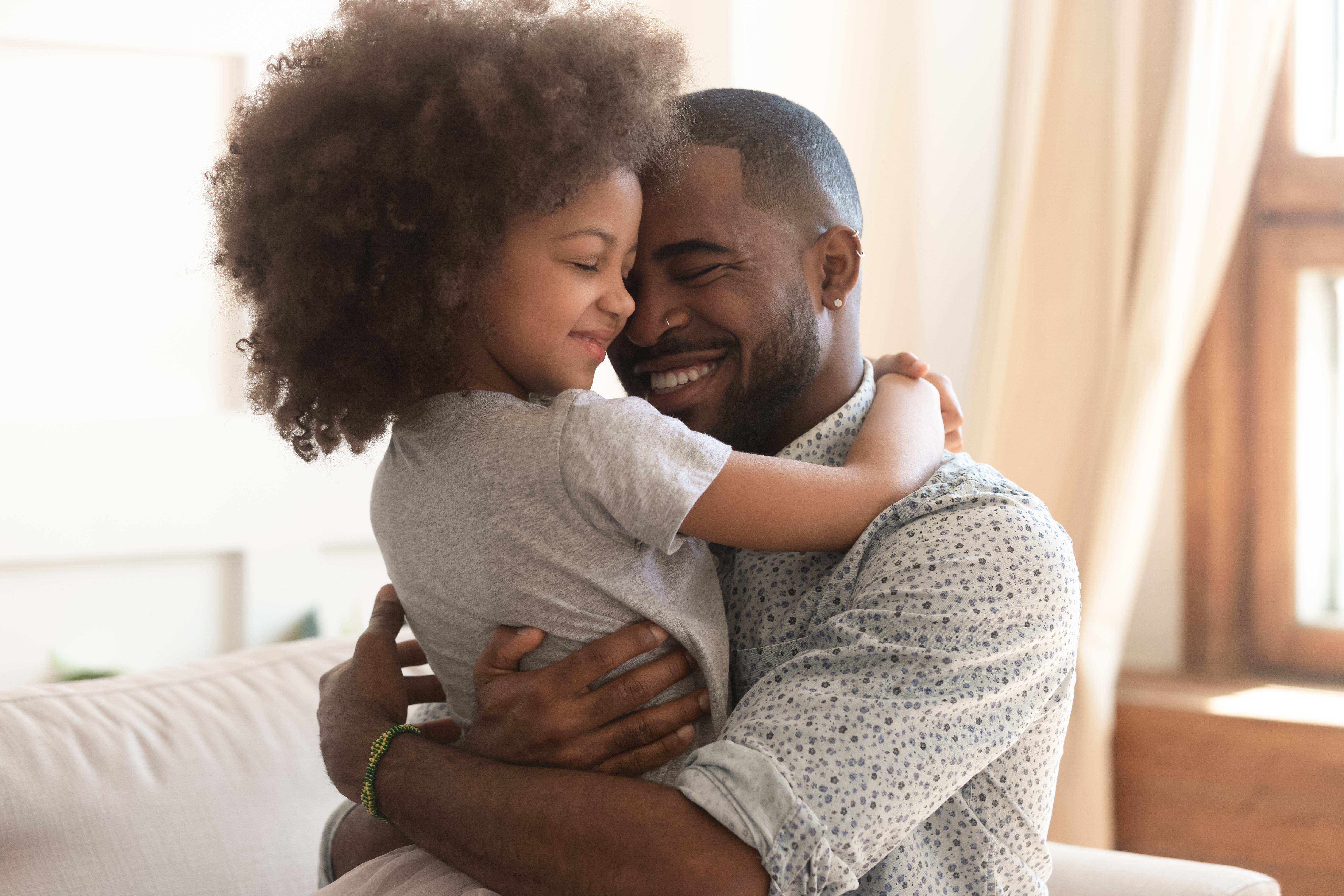 The first article in this series explained the working of the child support scheme calculation with variation directions (now Child Support Maintenance Calculation Regulations 2012 (SI 2012/2677) regs 69-71) from the formula (‘Breakdown cover’, NLJ 15 March 2019, p9). The scheme is operated by decision-makers within the renamed Child Maintenance Service (CMS) (formerly the Child Support Agency), which are the outward face of the secretary of state for work and pensions. They run the scheme for the secretary of state under the Child Support Act 1991 (CSA 1991) (as variously amended).

Any lawyer, or spouse who deals with it, knows that the family law system is based on the idea that the law in relation to family finance is a broad framework, within which judges—and parties who can settle their cases—can operate with considerable latitude. Massive sums of family money—capital and income—can be transferred by judges as between a husband and wife within a framework of five sections of the Matrimonial Causes Act 1973 (MCA 1973) and almost no delegated legislation. More than five times that amount of statutory provision, plus three major schedules to CSA 1991 and five extensive sets of regulations are needed to do a fraction of the MCA 1973 task: namely to work out a child maintenance figure payable from a non-resident parent’s income.

And why is all that? Because—as mentioned in Part 1—the Diceyan object of the legislation is to remove scope for discretion from decision-makers, and to try to cover as many possible angles fairly to secure maintenance from a non-resident parent (NRP) to the other parent (parent with care) for their children. Upper Tribunal Judge (UTJ) Jacobs explained this in Green v Adams [2018] (below): ‘[17] … The child support scheme is a bureaucratic scheme rather than a judicial one. It is operated by decision-makers in the name of the Secretary of State, albeit with access to legal advice in the more complicated cases. There is an appeal to the First-tier Tribunal (FTT) and then, on a point of law, to the Upper Tribunal, but that does not detract from the basic point [that is was designed] to be operated by relatively junior’ decision-makers.

Appeal to the First-tier Tribunal

Appeals work on the basis that if either parent is dissatisfied with a CMS decision, then they can appeal to the FTT (CSA 1991 s 20(1)). Appealsinclude any CMS decision, refusals to award child support maintenance, refusals to revise (ie reconsider), or refusal to supersede (ie to vary because of new circumstances for either parent). Appeals may also be from variation direction decisions (explained in Part 1); or, in a few cases, may be of a CMS decision-maker referring a decision on a variation direction to be made by the FTT judge. FTT appeals are governed by two sets of regulations and rules: the Social Security and Child Support (Decisions and Appeals) Regulations 1999 (SI 1999/991), and Tribunal Procedure (First-tier Tribunal) (Social Entitlement Chamber) Rules 2008 (SI 2008/2685). The first deals with steps prior to an appeal; the second with rules before the FTT itself.

At the FTT level, the whole of the original decision is up for review. Any evidence can be put in; and the FTT judge may—often does—call for further evidence. The judge must operate—as does the CMS decision-maker—within the four corners of the statutory scheme. There is no question of the FTT judge operating, for example, on the basis of what, in the judge’s discretion, might seem fair. If an NRP—it is thought—could get cash from another source outside the bounds of what the scheme defines, the FTT judge cannot decide creatively on the assumption that money will be found for the children as might be the case in a claim on marriage breakdown.

Inquisitorial role of the tribunal

Depending on their means, parties will often be unrepresented. The secretary of state will be represented by a reporting officer who is there tohelp the tribunal, not to make a case for one or other party or for the department. A substantial difference between the tribunal system and courts generally is that tribunal judges are entitled to—and generally do—operate an inquisitorial approach. They cannot just let the parties adopt their own case and adjudicate between them. All sides of the case must be considered. In support of this, Tribunal Procedure (First-tier Tribunal) (Social Entitlement Chamber) Rules 2008 r 5(1) enables the judge to regulate the tribunal’s own procedure; and r 5(3) provides the judge with wide case management powers.

The FTT judge must work on normal legal principle. While the CMS will prepare documents, the parents may adduce their own evidence, if this is done fairly. The FFT judge will generally—though not invariably—hear evidence. They may make inferences from facts, or lack of facts: for example, that a parent has failed to produce certain evidence, which may suggest they are trying to hide information as to their true financial position. Issue estoppel may be more easily waived in child support litigation that in other civil litigation (RC v Secretary of State for Work and Pensions [2009] UKUT 62).

As with any judge, in the final analysis the tribunal judge defines the facts (or infers facts) and applies the law—often complex law—to the facts so found.

Appeal to the Upper Tribunal

Only rarely do the judges give a decision on the day of hearing. Whether or not they do, the decision will be in writing, often just a summary. Ifa party wishes to consider an appeal, they have ‘one month’ (calendar month (so variable) not eg 28 days) from the date of the decision being sent out; and then 14 days from the end of that period or from when the written reasons are received (Tribunal Procedure (First-tier Tribunal) (Social Entitlement Chamber) Rules 2008 Sch 1) to file any appellants’ notice.

Appeal from the FTT is to the Upper Tribunal (CSA 1991 s 24) on ‘any point of law arising’ from the FTT decision (Tribunals, Courts and Enforcement Act 2007 s 12(1)). What is a point of law will be easy to spot in some cases. In others it will be much less than obvious. For example, three recent cases: in TB v Secretary of State for Work and Pensions & Ors (Child support—other) [2019] UKUT 79 (AAC), UTJ Ward allowed an appeal where the NRP (father) applied for a supersession (ie that a decision be overridden) where his daughter was no longer a qualifying child (ie entitled to receive child support maintenance) because she was no longer in full-time non-advanced education. The FTT had made an error of law in refusing the father’s application. Because her mother was still receiving child benefit for her, did not mean she was in full-time education and therefore entitled to receive child support.

A FTT finding of fact can become so wrong that it becomes an error of law. In DF v Secretary of State for Work and Pensions and JG (CSM) (Child support—calculation of income) [2019] UKUT 161 (AAC), UTJ Wikeley allowed an appeal by an NRP against decisions of the FTT regarding the assessment of his income. There was an error of fact as to NRP’s financial position in the original FTT decision (there was no evidence in their decision for what they found). The appeal was allowed and the case remitted for a fresh decision. This case is an example of where a finding of fact, because so wrong and unfair, becomes an error of law. UTJ Wikeley explained: ‘[31] Put very simply, the FTT made a finding of fact for which there was simply no evidence before it, and indeed which was without any foundation whatsoever. In the circumstances of this case, this finding was unfair and in error of law.’ The point of law is clear in TB. In DF, the dividing line will be much less clear.

Green v Secretary of State for Work and Pensions and Adams (Interests in Trusts and Ability to Control Assets) (Child support -variation/departure directions: other) [2018] UKUT 377 (AAC) is a matter of law; but UTJ Jacobs’s working out of the position is less clear in law. The parties’ child is now 18. For most of his life his parents have been engaged in litigation in the county court, family courts and tribunals. Shortly before this Upper Tribunal case, the couple were before Mostyn J (Green v Adams [2017] EWFC 24, [2017] All ER (D) 20 (May)) on an application by Ms Green (parent with care) for £20,000 for a car.

On that application, Mostyn J found that [16] ‘[Mr Adams’s representative Dr Pelling] wrote: “the respondent's capital position has not improved and indeed he has exhausted all capital resources”…. I completely disagree with this argument and I regard it as being untruthful… There are ample ostensible resources. Further, the father has engaged in all-too-familiar manoeuvres to try to insulate his resources from the reach of the mother and the court, as I have explained above.’ Mostyn J went on to describe a variety of assets held by various trust vehicles which were in Mr Adams’s ‘sphere’.

A year later, UTJ Jacobs on the same facts—but without regard to rules of issue estoppel—held he could not treat most of these same trust assets as within the ‘control’ of Mr Adams (within the terms of Child Support (Variation) Regulations 2000 (SI 2001/156) reg 18(1)). Only a small fraction of capital within his ‘sphere’ might be treated as assets to provide an income for child support calculation purposes. Further, UTJ Jacobs’s decision directly contradicts the findings of his fellow Upper Tribunal judge. This is impossible to reconcile with the normal rule of judicial comity summarised by Lord Goddard CJ in Huddersfield Police Authority v Watson [1947] KB 842, [1947] 2 All ER 193 at [848]: ‘a judge of first instance, though he would always follow the decision of another judge of first instance, unless he is convinced the judgment is wrong, would follow it as a matter of judicial comity’.

Now an Upper Tribunal appellant has conflicting decisions on the same point; and the case has not been resolved on appeal to the Court of Appeal. UTJ Jacobs thought his decision would only apply while reg 18 ‘assets’ were applicable; but the new reg 69A (2) includes: ‘(a) …. any money which is due to a non-resident parent where the Secretary of State is satisfied that requiring payment of the monies to the non-resident parent immediately would be reasonable’.

The words in italics apply something akin to ‘control’; but less than control in the way envisaged by Mostyn J and in such family cases as Thomas v Thomas [1995] 2 FLR 668. And finally, it could be argued that UTJ Jacobs did not look at Ms Green’s appeal purposively: that is, what was the parliamentary intention in the legislation (see eg Padfield v Minister of Agriculture, Fisheries and Food [1968] AC 997, [1968] 1 All ER 694); but that is a discussion for Part 3 (child support and judicial review).

This article was first published by New Law Journal, and is reproduced with permission.