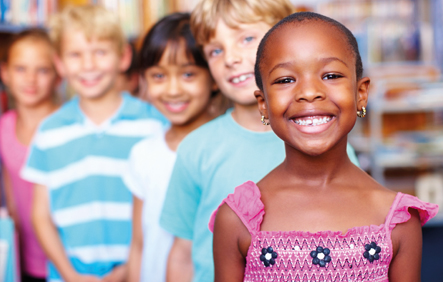 "The novel explores the intersection between the sacred and the secular in the family courts and highlights that when judges are grappling with these issues, welfare is the paramount consideration. The title of the book is well chosen to emphasise this."

When I went into a local book shop to buy Ian McEwan’s The Children Act on the day of publication I felt rather guilty as I was brought up to wait for the paperback or go to the library. But for Ian McEwan's latest novel, set in my world of family law, I decided to break the rule.

The book tells the story of Fiona, a High Court Judge in the Family Division, as she grapples with the challenges of a husband who announces that he wants to embark on an affair and a case where she must decide if a nearly 18-year-old Jehovah’s Witness “boy” should receive a lifesaving blood transfusion.

The tale is economically told; this book is an ideal length for time-poor lawyers who can probably read it in a couple of decent sittings. McEwan’s language sets the scenes vividly and for me he made legal
Article continues below...
McEwan’s pithy observation is not limited to family law; I enjoyed the description of local worthies being invited to dine at judges lodgings; ‘she would return the compliment at the lodgings and invite notable or interesting types (there was a distinction) from the locality’. His description of the ‘miniscule shift along the marital fault lines’ in the preparation of breakfast coffee and the placing of cups as some form of rapprochement is very well done.

The novel explores the intersection between the sacred and the secular in the family courts and highlights that when judges are grappling with these issues, welfare is the paramount consideration. The title of the book is well chosen to emphasise this. The story moves into very interesting territory when Fiona has to make welfare decisions outside the courtroom.

McEwan touches on several notable family cases including the conjoined twin case and the Sally Clark case. Through Fiona he criticises where things have gone wrong but her overall view ‘on the whole, she believed in the provisions of family law. In her optimistic moments she took it as a significant maker in civilisation’s progress, to fix in the statutes the child’s needs above its parents’’, will chime with many in the family justice system.

I have heard the book criticised for the relationships being too unreal, and perhaps McEwan does not handle them as deftly as he has in earlier books, but I was absorbed by Fiona and her interactions, both professional and personal. A fellow family solicitor tweeted in the early hours of the morning ‘excellent although now cannot sleep thinking if Fiona could have dealt with it differently’ and that comment shows that this is a book that makes you think and reflect on the family justice system. Perhaps there is a rich vein of literature lurking in family judgments just waiting to be mined by talented writers.

I definitely made the right call reading the book now and not deferring the pleasure until the paperback came out.
Elspeth Thomson, Partner, David Gray LLP

Elspeth has experience in all areas of family law with an in-depth understanding of children law. She represents children and other family members in public law cases where social services are involved and in disputes between family members. She understands the importance of achieving outcomes where children’s best interests come first.
Categories:
News