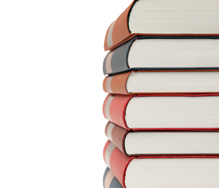 Review of Pensions on Divorce - 'The go-to bible for family remedy litigation in an often trickey area for the parties,' according to Elizabeth Robson Taylor, of Richmond Green Chambers, and Phillip Taylor MBE, head of Chambers and reviews editor of The Barrister.

“Pensions on Divorce” has been written by a distinctive author team of family law and actuarial experts under the guidance of the LexisNexis Family Law imprint originally published by Jordans in Bristol.  These titles do help make our lives so much easier as practitioners, especially in this particularly complex area of family law.

The new edition sets out, in an accessible practical style, one of the most technical and pitfall-strewn areas of family law… what we would call “tricky” remedies: ­the valuation and division of pension rights in divorce settlements.  And, as we know, for practitioners it can be a tricky minefield when one deals directly with the clients at court or in the run up to the hearing.

The new third edition appears at a time when practitioners are still grappling with “unprecedented changes in pensions law”.  Sadly, the upheaval has affected the way pension rights may be accessed and there continues to be uncertainty for pension rights in the future so this book does help us quantify these assets in some cases.

The authors are Fiona Hay, His Honour Judge Edward Hess, David Lockett and Rhys Taylor.  They have edited this handy practitioner text for the new third edition brilliantly. We believe they have succeeded in their aim to present a clear, comprehensive commentary on the law and procedure covering the following: the different types of pensions; the powers and procedures of the court; the actuarial issues involved; and how we can deal with the many different situations that can arise.

We are very lucky that the new revised edition contains full details of the major changes including many government-led developments such as pension freedoms introduced in April 2015 by Taxation of Pensions Act 2014 and the introduction of the new state pension in April 2016 (subject to any further changes, post-Brexit).

These changes have affected the way pensions fall to be considered by the court in many financial order applications. The book brings them altogether in a single authoritative source providing detailed and clear analysis on the topics covered.

“Pensions for Divorce” therefore offers us, in addition, solutions for cases in which Pension Sharing Orders are not appropriate; pension sharing and attachment on dissolution of civil partnership; section 25 factors, fairness and equality in relation to pensions; offsetting; actuarial issues; the important ‘shorter career’ public sector schemes; and some ‘longer career’ public sector schemes which appear to be becoming the norm.

As a one-stop shop, this advice on divorce covering the thorny issue of pension scheme remains a top title for the specialist finance adviser and lawyer in this area of law.

Pensions: women lose out on divorce
2 NOV 2017
Government propose to extend pensions auto-enrolment to include those aged 18 and above
19 DEC 2017
Rights for unmarried couples: benefits and pensions
25 JAN 2019

Pensions: women lose out on divorce
2 NOV 2017
Government propose to extend pensions auto-enrolment to include those aged 18 and above
19 DEC 2017
Rights for unmarried couples: benefits and pensions
25 JAN 2019