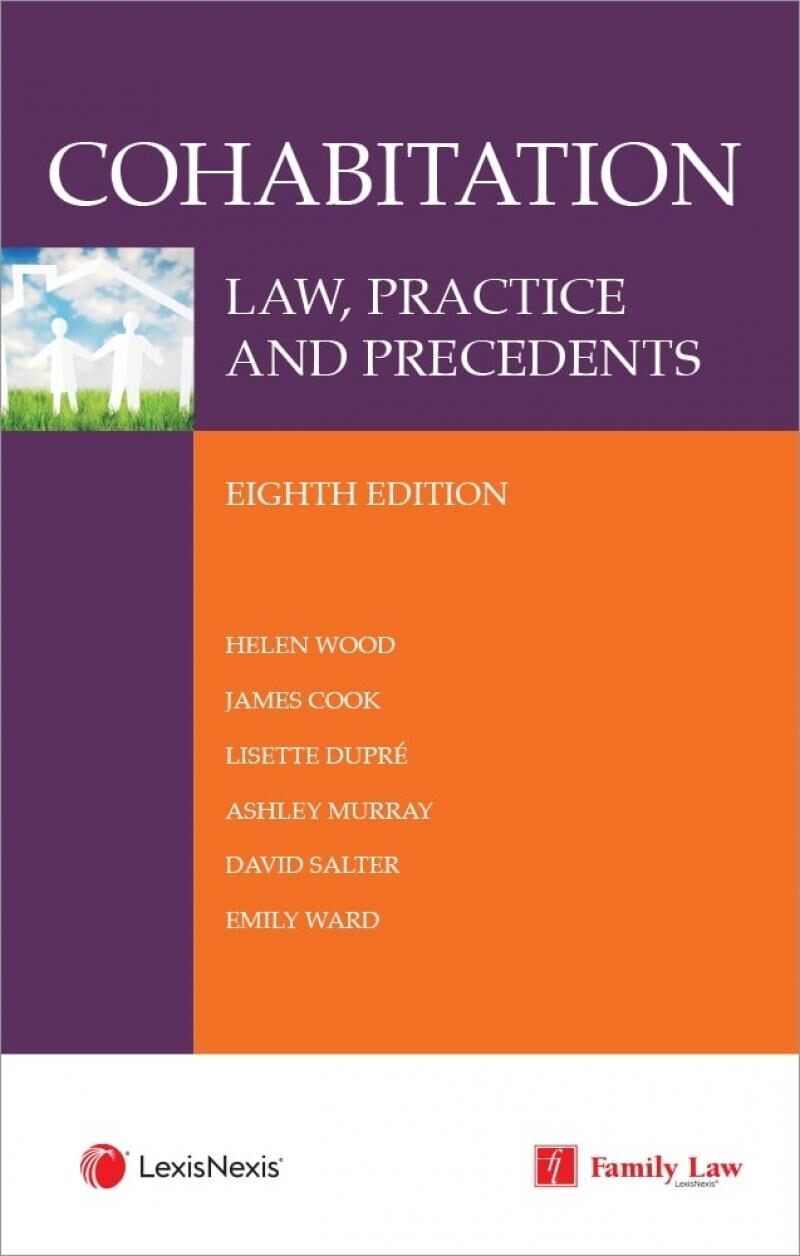 It is 27 years since Denzil Lush first produced this book, some subsequent editions of which one has had the pleasure of reviewing for Family Law, and which, for some reason, does not figure as much as it might in ‘scholarly’ treatments of shack-up law. Going on the regularity of its reappearances, eg the mere three-year gap since the 7th edition, buyers would seem to be more impressed. Like actors in The Mousetrap, the authors come and go but District Judge Helen Wood - now the book’s Detective Sergeant Trotter - has been the lead name since the 2nd, 2001 edition (now available for £2.99).

One reason for its success, confirming the comprehensive coverage of what one might expect from the title, is the structure. The justification for its continuing use goes far beyond ‘If it ain’t broke, don’t fix it’. So there are still ten, labyrinthian -  the ‘Contents Section’ alone is 38 pages long – chapters produced by the six authors. The titles are: Property; Cohabitation Agreements (still not ‘Contracts', surprisingly); Taxation of Unmarried Couples; Personal Protection; Children; Death and Succession; Pension Rights of Cohabitants; Pre-Nuptial Agreements (still modestly unreflected in the title); Cohabitation and Welfare Benefits; and Miscellaneous.

The need for updating in our roller-coaster subject is the reason for the rat-a-tat-tat of editions, as it is for student texts (which this book is not, valuable though it would be to the lazy ingrates). So Professor Probert’s ‘Introduction’ tells us of the most recent, 2020, study which shows  that  ‘… almost half the population – 46% - still believe that cohabitation for a certain period of time confers the same rights as marriage’ (p 8). Similarly, the Finance Act 2020 is considered (though it was good to see that such as the Debtors Acts 1869 and 1878 retain their place). Of course litigation is a more  frequent  supplier of fresh material and a small sample of the new goodies in the current edition might be: Ipecki v McConnell  [2019] EWFC 19 (divorced spouses’ ‘needs’);  Jackson v Secretary of State for Work and Pensions [2020] EWHC 183 (illegal for bereavement support to be paid at a higher rate to pregnant claimants only if they were formally partnered to the deceased); MT v OT [2018] EWHC 868 (Fam)  (the ‘millionaire’s defence’ - an expression which has not kept up with inflation, one suggests - in Sched 1 Children Act 1989 cases); and – a personal fave – VO v HMRC (TC)  [2017]  UKHT 343 (AAC) (‘… yet another sorry tale of HMRC Constitutional incompetence and inefficiency...’  per Wikely J).

One workaday academic hack occasionally sits at the feet of family lawyers and mediators to learn from them about practice, whilst supposedly updating them. Having dutifully established from this edition that there has been little, if any, addition to the cases - eg, ‘What kind of sex?’, ‘The need for enquiry about sex’ - under ‘What constitutes living together as a married couple?’ for welfare benefit purposes, he turned happily to the precedents. Of particular ongoing interest are, respectively, ‘The deed of surrender of any potential right to claim a beneficial interest in the property’ (1.221) and ‘Declaration of trust by sole owner acknowledging that the partner has acquired a beneficial interest’ (1.222); how many couples don’t seek legal advice when one of them goes to live with other in property currently – and very probably subsequently – wholly owned by the other?

In the desperate search for something to complain about, one can only admit to a preference for page, rather than paragraph, referencing.

A Vice-President of the Family Mediators Association and Academic Door Tenant at Regent Chambers, Stoke-on-Trent