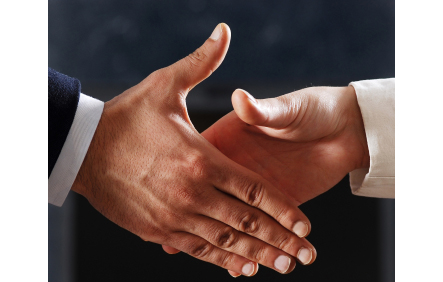 Upon opening Dennis Sheridan’s new volume Family Law Arbitration (Law Society) I felt a twinge of disappointment - disappointment because I had not had the gumption to write something similar myself. Dennis is to be congratulated for his efforts by all involved in the burgeoning family arbitration project in England and Wales.

As an early graduate of the training course for the Institute of Family Law Arbitrators’ (IFLA) Scheme, I attended a number of the preliminary meetings to discuss how it was going to be introduced. It seemed fairly obvious to me that the already change-beleaguered family law profession was not going to embrace yet another non-court dispute resolution option, unless its benefits and workings were clearly set forth. A book was crying out to be written. I even discussed the possibility of a book with a publisher, but ducked the challenge. My real difficulty was knowing what to write about.

As a non-court dispute resolution option, the obvious place to start was by describing the IFLA scheme itself. However, there are complexities to be explored: the arbitration technique has a long and successful track record in the commercial sphere but there is, to date, no decided family case as to how the established jurisprudence of the Arbitration Act 1996 will directly apply in the financial remedy context. Whilst arbitration is a non-court dispute resolution option, unlike mediation it enjoys a substantial underpinning by the supportive and supervisory provisions of the Arbitration Act 1996, which may entail applications to court from time to time if either the parties (or indeed the arbitrator) step out of line. A tome speculating on how the Family Court might apply the Arbitration Act 1996, in advance of any decisions, would have risked being both spectacularly complicated and wrong.

This new handbook offers a source of...
£57.99
View product
For the present, the President has signalled the Family Court’s support for family arbitration in the seminal decision of S v S (Financial Remedies: Arbitral Award) [2014] EWHC 7 (Fam), [2014] 1 FLR 1257. This is set out in full in an appendix to the book. His Lordship made plain his view (though on this occasion by way of a judgment rather than by proclamation from his Chambers) at para [12] that 'there is nothing in the Arbitration Act 1996 which on the face of it would preclude arbitration as a permissible process for the resolution of disputes rooted in family life or relationship breakdown'. In any challenge to an arbitral award, His Lordship continued at para [26], 'the focus is likely to be on whether the party seeking to resile is able to make good one of the limited grounds of challenge or appeal permitted by the Arbitration Act 1996'. More recent developments have been that the President’s Money and Property Group (chaired by Mostyn and Cobb JJ) has been tasked to consider how the Arbitration Act 1996 will be procedurally integrated and streamlined into financial remedy proceedings; and a standard order to stay financial remedy proceedings in favour of an arbitration is among the draft Standard Orders currently under consideration.

However, Dennis has judged this introductory book just right by keeping it straightforward and concentrating on the workings of the IFLA scheme, as opposed to delving into the case law on the Arbitration Act 1996. Arbitration’s objective is to ‘keep it out of court’ and so I can perfectly understand why how it works out of court is the book’s focus.

The introductory narrative can be read in an hour or so and the appendices helpfully set out key documents which parties involved in arbitration will need to turn to. It contains the IFLA Rules, the relevant provisions of the Arbitration Act, and an indispensable checklist of matters to have in mind when commencing an arbitration, together with other practical documents. It is the ideal practical introduction to family arbitration for lawyers and parties alike. It cross-refers to where more detailed and developing information may be obtained, such as the information site www.familyarbitrator.com (in which I must own a part).

Dennis’ book will be very much at home as a standard 'family' work in bookshops and family law libraries alike. The arbitration section of a legal bookshop is pretty much foreign territory to us family lawyers. For those looking for an up-to-date and clear exposition of the jurisprudence under the Arbitration Act 1996, can I commend Harris, Planterose and Tecks on The Arbitration Act 1996 (5th edn, Wiley Blackwell). This is a standard handbook (which is endorsed by the Chartered Institute of Arbitrators) which explains how the Arbitration Act 1996 works in the commercial context. It will be very interesting to see how much of the jurisprudence therein ultimately finds its way into the next edition of Dennis’ excellent introduction.