Blog: Using a formula for spousal maintenance - does it add up? 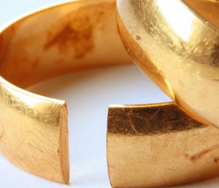 When it comes to determining spousal maintenance, London-based Sean O'Beirne, of Kingsley Napley, wonders whether there should be a system which delivers an outcome that is certain or one which is discretionary.

This was the topic of a lively debate hosted by the Kingsley Napley family team with a panel of speakers that included esteemed family law judges and QCs. Context was provided by Baroness Deech’s Divorce (Financial Provision) Bill which, at the time of the debate was at committee stage in the House of Lords (it is now at 2nd reading stage in the House of Commons).

The Bill proposes to replace the discretionary system we currently have with one that operates in a uniform and predictable way thereby achieving an arguably fairer outcome.

The inspiration for this comes from similar systems already in place in other jurisdictions. The Canadian system is a popular example, one which Baroness Deech drew upon in her speech to the House of Lords and which was considered during our debate.

The Canadian system uses a formula to calculate the appropriate level of spousal maintenance and the idea of a formula is gaining traction here.

In 2014, The Law Commission reported that a formula for spousal maintenance was a possibility that should be looked into. It has also been said that the Ministry of Justice is working on an online tool supported by a formula to assist couples making financial arrangements upon divorce.

Moving to a formulaic approach would be a significant departure from the approach of the past 40 years when, in the absence of a restrictive statute, judges have interpreted, tweaked and guided the development of the law on spousal maintenance. A formula essentially does the opposite of that.

The challenges of a formulaic approach

In her book Weapons of Math Destruction, Cathy O’Neil, blogger and data scientist, says that “human decision making, while often flawed, has one chief virtue. It can evolve. As human beings learn and adapt, we change, and so do our processes. Automated systems, by contrast, stay stuck in time until engineers dive in to correct them.”

If this inevitable rigidity is applied to spousal maintenance, a number of potential issues may emerge.

Formulas and algorithms codify the past. To develop one you would take a vat of information – historic court decisions in this scenario – distil it into data and develop an algorithm that will replicate the outcomes.

The decisions of the past are thereby applied to the cases of the future. But that is not how judicial decision making works. While precedents are a crucial consideration, it is the reasoning behind the decisions and the specific facts of each case and not the actual outcomes in £ and pence terms that are relevant.

The relationship between the formula and the courts has not yet been explored but it is clear that adopting a formulaic approach could stifle the development of the law on spousal maintenance.

Take as an example the concept of compensation. Would an algorithm or formula have identified that a spouse had given up a promising career to care for their family and as a result suffered a financial disadvantage, even though his / her needs were met? Probably not.

What about the weight to be given to pre-nuptial agreements? Would an algorithm be able to take into account the firm guidance in Radmacher v Granatino when calculating the division of matrimonial assets? No.

Those who favour a rigid system should consider the cautionary tale provided by the Child Maintenance System (CMS). Until last month, the CMS was set up to ignore non-income generating assets when calculating maintenance. Asset rich parents (usually fathers) were able to lower their income and thereby reduce the maintenance they were obliged to pay, often to £0. It took six years for this obvious loophole to be closed off. In that time, countless families will have fallen foul of a system which operated in a uniform, predictable but, ultimately, unjust way.

There are a few. Working through a formula is a complicated task and the right term of maintenance will not always be predictable at the outset or the same in all cases. Likewise, money needs to be dealt with differently on divorce depending on how much of it there is and how the parties are accustomed to living.

There is also, to my mind, the risk that an apparently determinative formula will act as a deterrent. We are used to inputting our data and getting a result which we accept – we trust algorithms and formulae.

It is, however, possible that talented programmers and careful wording can overcome these hurdles.

Is a formula for spousal maintenance a good idea? Possibly, but there are pitfalls that need to be avoided. Consideration should be given to the relationship that a formula will have to the courts. The law on maintenance should not stop evolving. The nature of family life is not stagnant nor should this area of law be.

The crux of O’Neil’s book is that, while undeniably useful, formulas / algorithms / big data science can do much more harm than good if they are widely used but not properly regulated.

In its report, The Law Commission sets out in detail the careful steps that would need to be taken when developing a formula for spousal maintenance. That is only half of the job.

To avoid the formula becoming a Weapon of Math Destruction (to use O’Neil’s terminology), proper thought needs to be given to how the algorithm will be monitored, regulated and tweaked to ensure it stays relevant and delivers fair outcomes in the variety of circumstances it would no doubt be applied to.