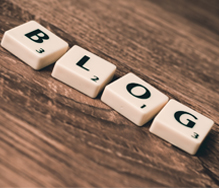 In her ‘Analysis: Owens v Owens - the difficulty in divorce’ Lucy Bridger discusses why, she says, Owens v Owens [2018] UKSC 41, [2018] AC 899, [2018] 2 FLR 1067 highlights the need for Parliament seriously to reconsider the long standing campaign for ‘no-fault divorce’. She urges that Matrimonial Causes Act 1973 (and Civil Partnership Act 2004) be amended. No specific amendment is offered. (I don’t criticise that overmuch: I’ve not seen any amendments proposed. My own proposal – available in eg New law Journal since the Court of Appeal decision and variously since then – is below.)

Lucy goes on to say that without reform: ‘the risk remains that family solicitors are forced to use more extreme examples of unreasonable behaviour in order to cross the threshold, thereby unnecessarily increasing the animosity between the parties’. If this is what family lawyers are doing they have been taken in by the reformers’ hype, and have not – I fear – properly read Lord Wilson’s lead judgement.

‘Inquiry’ and an ‘anodyne petition’

(1)  ‘By reference to the petition, the court must “determine what the respondent did or did not do”;

(2)  ‘The court assesses subjectively “the effect which the behaviour had upon this particular petitioner in the light of the latter’s personality and disposition and of all the circumstances in which it occurred”; and

(3)  ‘In the light of these two assessments, the court must evaluate whether “an expectation that the petitioner should continue to live with the respondent would be unreasonable”.’

All this follows what Lord Wilson summarises as ‘an appropriately anodyne petition’ (at [10]) (containing five allegations) which can be amended if a respondent spouse defends (as Family Court Practice has long counselled). Owens proceeded on the basis of a narrow range of allegation and no corroborations.

That is not to say that the law does not need reform: blame must be eliminated. A period of living apart should suffice; with availability of an application for financial relief in the living apart period.

It must please be recalled, in the meantime: (1) that Lady Hale would have allowed Mrs Owens’s appeal; and (2) that as the law (substantive and procedural) now stands, what was said in Owens – on Lord Wilson’s view – does not create any need for drafting which is any more apocalyptic than existed before Owens. Basic rules of pleading apply for divorce petitions as for any other court document; and rules as to amendment have not changed (FPR 2010 r 7.13).

And if any reform is proposed by the Lord Chancellor: below is a redraft of Matrimonial Causes Act 1973 s 1 (which his divorce reform consultation https://consult.justice.gov.uk/digital-communications/reform-of-the-legal-requirements-for-divorce/supporting_documents/reducingfamilyconflictconsultation.pdf proposes) I do urge the Lord Chancellor to recall that fairness (European Convention 1950 Art 6) still demands that, if one spouse or civil partnership disagrees with what another spouse etc says, they are entitled to be heard (audi alterem partem).

The consultation implied that – understandably, but unlawfully – no opportunity to defend allegations of breakdown would be allowed. For example, a respondent spouse might say the couple have not been living apart for a year, or – indeed – at all (if the one year ground is chosen). That is not ‘blame’: it is a matter of fact. A judge may have to decide between two versions of what is said to be the position.

(a) that the parties both consent to their marriage being dissolved; or

the petitioner satisfies the court of one or more of the following facts, that is to say—

(5) A divorce order shall in the first instance be a decree nisi and shall not be made absolute before the expiration of six weeks from its grant. [[ie delete s 1(5) which deals with decrees absolute, now 6 weeks for a decree nisi]].