Blog: How international families navigate risk in the UK 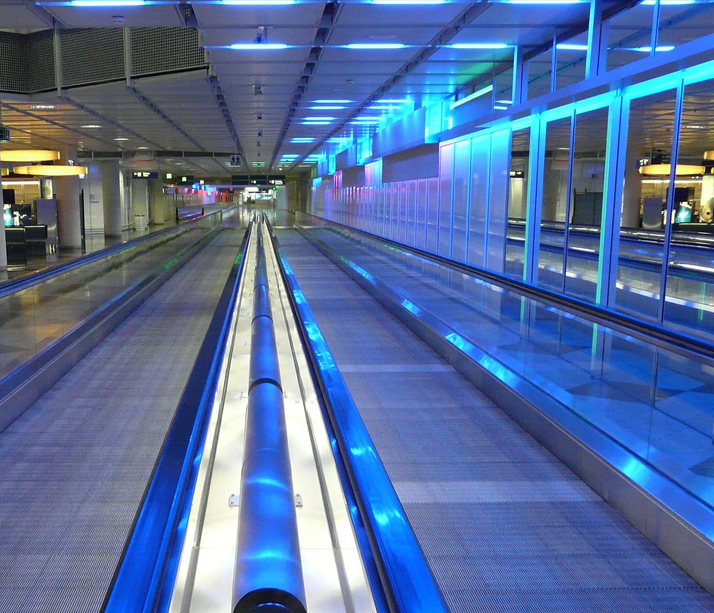 Lifestyles and families are increasingly international. Mobility of the workforce sees families relocating to the UK from overseas for the short- and long-term. Children increasingly choose to pursue further education outside of the UK and travel further, broadening their international horizons. Family profiles such as these open up a raft of legal and tax issues in the UK, according to Sarah Cormack, partner at Mills & Reeve.

For instance, what are the tax implications for families and individuals moving to the UK, or for those relocating elsewhere? What other issues do they face as a consequence of owning assets in multiple jurisdictions and what is the impact on the way assets should be owned? These are just a few of the many considerations that the internationally mobile need to be aware of to avoid any nasty surprises along the way.

Roberto moved to the UK, in the 1970s, from Switzerland where he was born and grew up. He married Victoria (who was born and raised in the UK by British parents) in 1980. They live in a nice house in Hampstead and have run a successful business which will soon be sold. They own all of their assets jointly.

Roberto and Victoria have two adult children, Michael and Maria. Both children hold Swiss and British passports. The family maintain close links with Switzerland, spending holidays and owning property there. Roberto and Victoria are planning to retire to their home in Switzerland and they will probably keep the Hampstead house and pass it on to their children in their wills.

Michael left the UK ten years ago to study catering in Switzerland and stayed after his studies finished, working for the same Swiss company for a number of years. Michael is married to an Italian citizen, Isabella. They live in Switzerland, but now Isabella is pregnant they are buying a house in the UK and plan to live in the UK for five years so that Michael can pursue his career. They do not intend to live in the UK in the long-term and have been advised to buy the UK house through a Jersey company.

Maria also studied in Switzerland, but she now lives and works in the UK and is engaged to a British citizen.

What issues do this international family face?

Liability to UK tax. It’s based on a variety of factors including ‘tax residency’, ‘domicile’ and where assets are located.

So in Roberto and Victoria’s case, they are both UK tax residents because of the number of days they spend in the country.

Domicile is an extremely important factor in determining the tax liability of a UK tax resident individual. Very broadly, if someone born overseas moves to the UK with a clear and demonstrable intention to return to their home country in the future, they will not be considered domiciled in the UK. If they are a resident in the UK for tax purposes, but not domiciled in the UK, a complex set of rules apply which restrict liability to UK taxation, source income and gains, offshore income, and gains brought (or ‘remitted’) to the UK from overseas.

Roberto, as a long term resident, will be deemed domiciled in the UK and subject to tax on his worldwide income and gains, despite retaining his non-domiciled status for other legal purposes. This means he will also be liable to UK inheritance tax in respect of his worldwide assets.

Victoria was born and raised in the UK and has been a tax resident in the country throughout her lifetime. Therefore, regardless of the close ties she has developed with Switzerland, she remains a UK domiciliary and so her assets are also within the scope of UK inheritance tax.

Michael, on the other hand, will have inherited his father’s non-domiciled status at birth and because he has not lived in the country for at least the past ten years he will not be deemed UK domiciled either. Equally, because he is planning on living in the UK for a finite period he should be able to remain non UK domiciled. As a result, he will be subject to UK tax in respect of UK income and gains and assets situated there. However, any monies held offshore won’t be taxable, provided he doesn’t bring them into the UK.

Roberto and Michael need to be alert to the impact these rules will have on them.

Roberto is UK domiciled and so his worldwide assets are subject to UK inheritance tax – this means that his Swiss property will be within the scope too. He is planning to leave the UK, but the rules mean that he will remain deemed domiciled in the UK until he has been non-UK tax resident for six complete tax years. And his UK property will continue to be subject to UK inheritance tax regardless of his tax status.

Victoria’s situation is less clear cut. When she and Roberto retire to Switzerland, Victoria must be able to demonstrate that she intends to live in Switzerland indefinitely or permanently in order to lose her UK domicile. She will also need to be non-UK tax resident for six years.

Roberto and Victoria will need to ensure that their domiciles ‘match’. If they don’t, the normal exemption from inheritance tax on assets passing to a spouse may not apply. For example, if Victoria was to pass away while still UK domiciled, and Roberto (as the survivor) wasn’t domiciled either, she will only be able to pass on £55,000 (plus her available nil-rate band – currently £325,000) to Roberto free of tax. This could create a significant UK inheritance tax exposure.

Michael faces a tricky situation as well. He was advised that by buying the UK property through a Jersey company it would be shielded from UK inheritance tax because Michael owns shares in a non-UK incorporated company, and doesn’t have a direct interest in the property. New rules, however, mean that, the value of the UK property is likely to be attributed to him for inheritance tax purposes. There will also be an annual tax charge and no principal residence relief from capital gains tax on sale. Michael would also have to pay a higher rate of stamp duty land tax than if he had bought in his own name (and would be well advised to have a discussion with his lawyer).

The UK has entered into treaties with Switzerland in relation to both income and capital gains, and inheritance taxes. Therefore, if any member of the family finds themselves subject to tax in both jurisdictions in relation to the same item, relief is likely to be available.

Tax is not the only complicating factor for an international family. Marital issues must also be considered.

Michael needs to be mindful of the possible implications of moving to the UK with Isabella. Again, the law in this area is complicated and outcomes will be determined by the facts.

Michael and Isabella will need to understand that once they relocate to the UK the English courts may have jurisdiction to decide how their assets should be divided in the event of a divorce. They need to be aware that if they entered into a marriage contract or elected into a marital regime on their marriage in Switzerland, it may not hold up in the English courts and a very different division of assets may arise to the one they agreed and expected.

Individuals relocating to the UK who have married overseas would always be well advised to take advice on how best to protect their position once within the remit of the British court. It’s not particularly romantic but Michael and Isabella should take advice and consider entering into a post-nuptial agreement under English law principles.

Equally, Maria should be mindful of the consequences of an English law divorce and should consider asking her fiancé to enter into a pre-nuptial agreement. If Maria and her future husband ever decide to live outside of the UK they should seek advice to ensure that the pre-nuptial agreement will be considered binding in that jurisdiction too.

Immigration! The internationally mobile also need to consider their immigration status. As an EU citizen Isabella is currently free to live in the UK. Equally, Victoria can live in Switzerland as a British passport holder.

But as the outcomes of Brexit remain uncertain, this may not be quite as straightforward in the future. Non-British citizens living in the UK should keep their immigration status under review. Equally, British citizens living outside of the UK should always ensure that their residency is secure and legal. Multiple entries to any country as a ‘visitor’ are ill advised when the reality is that the individual lives in that country on a full-time basis.

In short it’s a bit of a minefield. We can now enjoy wonderfully international lifestyles, but mustn’t neglect the complex legal and tax issues that come with it. With the right advice and guidance any potential risks and pitfalls can be mitigated with relative ease.