Blog: Family law and the joy of statistics 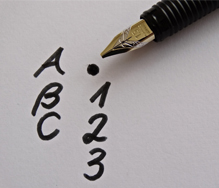 John Darnton, a family and matrimonial consultant at BDB Pitmans, recently came across the results of two surveys which throw up interesting, and in one case worrying, statistics.

Firstly, there are the findings from this year’s British Social Attitudes Survey carried out by the National Centre for Social Research which reveal that almost half of people in England and Wales (46%) mistakenly believe that unmarried couples who live together have a common law marriage and enjoy the same rights as couples that are legally married.

The second survey was carried out by a specialist family law firm, Maguire Family Law which surveyed 1,254 people across the UK about their pets. Perhaps not unsurprisingly they found that 15% admitted to actually being more smitten with their pet than their partner but also that a quarter of pet owners who were in a relationship were taking steps to make sure they got to keep the pet on separation or divorce.

Taking these two surveys in turn, the first was commissioned by the University of Exeter and funded by the Economic and Social Research Council. The responses to the questions show slightly different results in that people were significantly more likely to believe in common law marriage when children came into the question, with 55% of households with children thinking that common law marriage exists whereas only 41% of households without any children did so. There were also differences between men and women and between cohabiting couples and singles.

However, some very trenchant comments came from Anne Barlow, Professor of Family Law and Policy at the University of Exeter, who said:

‘Our data clearly shows that almost half of us falsely believe that common law marriage exists in England and Wales when, in reality, cohabitation grants no general legal status to a couple. Cohabiting couples now account for the fastest growing type of household and the number of opposite sex cohabiting couple families with dependent children has almost doubled in the last decade. Yet whilst people’s attitudes towards marriage and cohabitation have shifted, policy has failed to keep up with the times.

The result is often severe financial hardship for the more vulnerable party in the event of separation, such as women who have interrupted their career to raise children. Therefore, it is absolutely crucial that we raise awareness of the differences between cohabitation, civil partnership and marriage and any differences in rights that come with each’.

Many people live together in stable, long term relationships outside of wedlock of civil partnership. They may not want, or be able, to marry or enter into a civil partnership. However, it is vital that they do not have false misconceptions about what may happen should they separate. This is especially so if they are going to take a step which could potentially leave them financial vulnerable. Taking a career break for example can have a lasting impact.

Cohabitation agreements are no more romantic than pre-nuptial agreements but a properly negotiated agreement may be more valuable to the less well-off partner. Agreements which govern the ownership and occupation of the family home can be especially important. They may save a great deal of anguish and legal cost on separation. At the very least they can encourage people to have a constructive discussion about the financial side of their relationship.

Turning to the second survey, Maguire report that they found 1 in 20 currently has a pet-nuptial agreement and an additional one third of respondents said that they were getting one. These numbers seem surprisingly high but doubtless reflect our attitudes to our pets. How often are they described as being ‘part of the family’?

Undoubtedly, we become heavily emotionally attached to our pets and they are frequently argued about on separation or divorce. Whilst the divorce court can treat domestic pets as ‘property’ few, if any, judges relish making determinations in respect of them. Whilst it is understood that the State of Alaska allows for ‘custody’ disputes in respect of non-human family members the same is not here.

The situation is no clearer when the owners are unmarried. Domestic animals may be ‘chattels’ under the Administration of Estates Act and people may disagree about whether or not a pet-nuptial agreement (a ‘pet-nup’) is a good idea but it can no doubt be helpful to talk about such matters when a family pet is acquired. Several years ago a leading pet charity found that over one in four divorces included a dispute over pets – horses, rabbits and guinea pigs and not just dogs and cats and it was reported at the time that the Law Society was advocating ‘pet-nup’s’ for sharing custody of pets and dealing with upkeep costs.

We know of no reported case where the court has determined that a ‘pet-nup’ is enforceable as a contract but the intention behind such a document is that the couple should see it as having the ability to govern what happens regarding their favourite cat or dog. The agreement may simply provide what happens on separation in terms of living arrangements but could also cover such aspects of a pet’s life as micro-chipping, grooming, veterinary bills, pet insurance, breeding or death. Such agreements should, of course, be prepared with care and should set things out with clarity and precision to avoid uncertainty in the future.