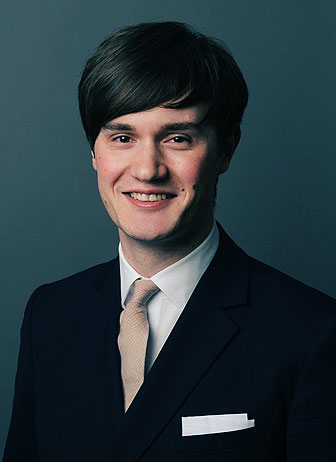 By way of background, D had ADHD, Asperger's Syndrome, Tourette's Syndrome and had been diagnosed as suffering from a mild learning disability. D's behaviour was said to be challenging - characterised by verbal and physical aggression and urinating and defecating in inappropriate places - and this had a marked adverse effect on D's younger brother. D's prescribed medication had only limited effects. After the involvement of CAMHS in March 2012, D was informally admitted to hospital, where he lived and was educated, for a disciplinary assessment and treatment.D had supervised visits home at the weekend for periods of up to 6 hours at a time. In August 2014, D was deemed fit for discharge to a residential unit.

The matter came before the Court of Protection on 31 March 2015, when Keehan J determined in his judgment in Trust A v X and A Local Authority [2015] EWHC 992 (Fam) that the then-15-year-old D was not being deprived of his liberty; principally because D's parents, in exercising their parental responsibility, could consent to this confinement, notwithstanding that such confinement satisfied the objective requirement of 'Limb 1' of the test in Storck v Germany [2006] 43 EHRR 6.

The Local Authority instituted proceedings in the Court of Protection on D's 16th birthday, and, on 20 May 2015, by consent and on the basis of medical evidence available at the time, Keehan J declared that there was reason to believe that D lacked capacity to litigate the proceedings and to make decisions about his residence and his care, including keeping himself safe in the community. The court also sanctioned D's move to the residential unit, which took place on 2 June 2015 with his parents' agreement under s 20 CA 1989 after considerable delay in identifying an appropriate resource for D.

Article continues below...
The court agreed with the Official Solicitor that a local authority sharing parental responsibility for a child by virtue of a Care or Interim Care Order could not consent to arrangements for that child which would otherwise amount to a deprivation of her liberty. Keehan J did not accept that a parent may never give valid consent to such confinement; however, when the young person is aged 16 or 17, a parent may not give valid consent because this would fall outside the scope of the parental responsibility. Keehan J found that this decision was supported by a range of instances in which Parliament has properly drawn a distinction between children and young people aged 16 an over [see para 64]. The distinction is not based on any explicit precondition that the young person is capacitous.

The Local Authority submitted that, as D lacked capacity to consent to his accommodation or confinement because of his disabilities, D's parents must be able to provide consent on his behalf - 'substituted consent'. Keehan J firmly rejected this proposition on the basis that all people are entitled to the protection afforded under Art 5, ECHR, and to deny D this protection on the basis of his disability would be to discriminate against him. Furthermore, and considering the central role the Local Authority had taken in identifying and implementing D's living and education arrangements, Keehan J found that it would be perverse to find that placement was not imputed to the State (Limb 3 of the Storck test). The court goes on to consider that, even if that analysis is wrong, the State would have a positive obligation under Art 5(1), ECHR to protect D by applying to the court to determine whether the arrangements constitute a deprivation of his liberty and, if so, to seek authorisation for the continuation of those arrangements [see para 134].

In this case, D was being deprived of his liberty, and that deprivation needed to be authorised. Perhaps understandably in the current climate, the Local Authority attempted to dissuade the court from reaching this conclusion because of the number of applications that local authorities would have to make to the Court of Protection on the back of the decision. Keehan J rejected this submission, stating that resource considerations should not, and cannot, be relevant to decisions made by the Court of Protection - a message conveyed by Black LJ in Re X (Court of Protection Practice) [2015] EWCA Civ 599 at para 18. Keehan J resisted the Local Authority's invitation to give general guidance on the issue of deprivation of a young person's liberty, considering it to be imprudent and, probably, unhelpful to do so.

The official judgment can be found here.
Categories:
Articles