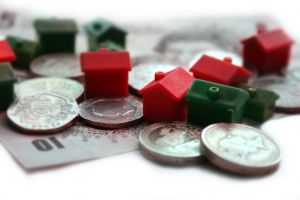 Gwyn Evans
Barrister
This judgment is somewhat unusual. I have summarised it below, and highlighted tensions with the recent decision in Capehorn v Harris [2015] EWCA Civ 955, and with the Court of Appeal's guidance on equitable accounting set out in Willcox v Tait [2006] EWCA Civ 1867, [2007] 2 FLR 871.

The parties had been in a relationship since 1983, and had lived together since 1989. They bought their first property together in 1996, in Lee, South-East London. It was purchased in the parties’ joint names in 1996 for £135k, at a time when they had a two-year-old child. The purchase was funded by their £25k savings, and a joint repayment mortgage of c. £110k with HSBC. The lower court found that at the time of purchase the parties were joint tenants in law and equity as that was their common intention. Mr Barnes (B) paid the mortgage and life insurance, whilst Ms Phillips (P) paid the council tax. They shared the utility bills, and although B may have made a greater financial contributions because he earned more, P made a greater contribution to the care of their (now two) daughters.

In late 2004, P noticed that B was having debt problems, and she was persuaded to agree to a remortgage of c. £145. The original mortgage was redeemed, and B retained all of the remaining remortgage funds (P initially contended that she had received £10k, but later changed her mind, the court accepting her changed case).

The parties separated in summer 2005, B leaving the property. He agreed to pay c. £250 per month towards the children. B continued to make contributions towards the mortgage for around 2½ years, but by January 2008, P was meeting the mortgage alone, and she had almost entire financial responsibility for the children, contributions of child maintenance by B being sporadic.

P sought a declaration pursuant to s 14 TOLATA 1996 of her beneficial interest, the matter ending up before HHJ Madge in Central London County Court.

The Court of Appeal was required by B to wrestle with the following paragraph of the first instance judgment:

'there is no evidence that, using lay person’s language, the Claimant and the Defendant later formed an actual common intention that their shares would change. There was no specific agreement as to a variation of the shares on the split' (para [14]).

The judge had continued, 'so this is a case where it is not possible to ascertain by direct evidence or by inference what the parties’ actual intention was as to the shares they would own in the property after the split' (para [16]).

The court was critical of the lack of financial disclosure from B, and stated that it had not been asked to conduct an equitable accounting exercise (para [17]).

The lower court imputed an intention at the time of the remortgage (and the split, shortly thereafter), that the property was to be held in shares of 75:25, P:B. However, B had paid c. two thirds of the mortgage from 2005 to 2008, and P had paid one third. Since 2005, P had been solely responsible for all work and expenditure required on the property (c. £23k, half of which was evidenced by receipts), and P had, for c. six years, made all mortgage payments alone. The lower court also bore in mind unpaid child maintenance by B, and outstanding sums due to the Child Support Agency (despite the 'limited significance' of the latter). The effect was that the lower court concluded that it was fair to declare that B had a 15% beneficial interest in the property, and P an 85% beneficial interest.


Article continues below...
B appealed, contending that as there had been no agreement by the parties to change their beneficial interests, it was not open to the court to impute a common intention of unequal shares. The Court of Appeal cited para [31] of Jones v Kernott [2011] UKSC 53, [2012] 1 FLR 45:

Was there a common intention to vary shares in the property?

The Court of Appeal found that '[t]his stage of the reasoning [was] totally absent from [the] judgment' of the lower court (para [29]). However, 'it is at the very least strongly arguable that the Judge must be taken to have concluded that there was such a common intention [to vary]'.

In support of this, the Court of Appeal quoted from para [34] of Jones v Kernott: 'In this area, as in many others, the scope for inference is wide'.

The court concluded that 'the weight of the evidence' supported 'an inference that the parties intended to alter their shares in the property' (para [31]).

The approach of the Court of Appeal: a critique

In my opinion, this insertion by the Court of Appeal of the absent stage of reasoning of the lower court is suceptible to criticism.

Why, asked B, should B’s share be limited to 25% at the time of the separation when he contributed 64% of the mortgage repayments over the next 34 months? The Court of Appeal held that the receipt by B of almost 25% of the equity in the property for his own use (the remortgage) 'entirely warranted' the judge’s conclusion (para [37]).

Furthermore, the subsequent 'taking account of payments made (or not made)' for the children, the expenditure on repairs, and the non-payment by B of the mortgage for six years after 2008, meant that it was 'clearly necessary to vary the intention to be imputed to the parties' as to their shares, and that the 10% further adjustment was 'entirely justified' (para [37]).

It is clear that:

'in principle, it should be open to a court to take account of financial contributions to the maintenance of children (or lack of them) as part of the financial history of the parties save in circumstances where it is clear that to do so would result in double liability.' (para [41])

“In my judgment, the judge erred in this paragraph of the judgment. She imputed an intention to the parties for the first stage of the two stage analysis rather than identifying an actual agreement made by them that Mr Harris should have any beneficial interest in Sunnyside Farm.” (para [21])

However, the Court of Appeal held in Capehorn (para [23]) that:

'it is impossible in the circumstances of this case to infer that nonetheless (unbeknown to themselves) the parties did in fact make an agreement by their conduct.'