Bar warns six months is too long for a divorce 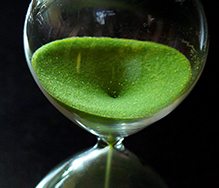 Making separating couples wait six months before their divorce is finalised is an 'unacceptable delay' for those who do not have children, the bar's representative body has told the government.

The Ministry of Justice, which has just finished a consultation on reforming divorce, wants to test a minimum six-month wait to grant a decree absolute after the decree nisi has been granted. The ministry says: 'We think this allows a sufficient period for most couples to consider the implications of divorce and reach agreement on practical arrangements, while not being so long a period of uncertainty that it would have a long-term effect on children.'

However, the Bar Council, in its consultation response, questions the need to extend the minimum period, which is currently six weeks and one day.

The bar says six months would be too long for couples who do not have children or who have straightforward financial affairs: 'It is not clear whether there is empirical or anecdotal evidence that the current period of 6 weeks and 1 day is too short a period of time and what the reasoning is for extending it to 6 months.