Arbitration of TOLATA disputes: Why would anyone now choose to litigate? 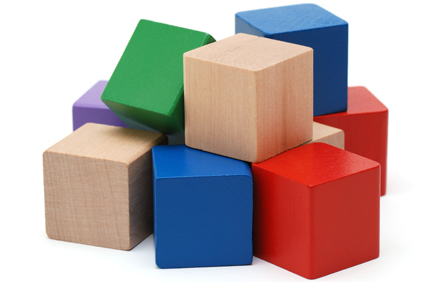 Rhys Taylor
Barrister, arbitrator and mediator
The doubters as to the efficacy of IFLA family arbitration in the financial remedy context need look no further than the case of S v S (Financial Remedies: Arbitral Award) [2014] EWHC 7 (Fam), [2014] 1 FLR 1257 for confirmation by the President of the Family Division that financial remedy arbitral awards should be converted into court orders.

This note is not concerned with financial remedy cases however; rather, disputes which must be resolved by way of litigation pursuant to the CPR in the TOLATA and Inheritance (Provision for Family and Dependants) Act 1975 context. These disputes, often with all the attendant stresses of ‘a family case’ are played out under an entirely different procedural code where ‘costs follow the event’, in an open court, wigs and all.

Since April 2013 the ‘Jackson’ reforms have made conducting any civil litigation an altogether chillier experience. Mandatory costs’ budgeting and the unforgiving approach to relief from sanctions, pursuant to the new CPR 3.9 as applied by the case of Mitchell v News Group Newspapers Limited [2013] EWCA Civ 1526 et al, have made civil litigators despair as to the civil courts’ current approach.


The Institute of Family Law Arbitrators’ (IFLA) scheme is available for the resolution of TOLATA and I(PFD)A disputes (see IFLA Art 2.2). The 2014 IFLA rules contain a basic procedural code which allows the parties and the arbitrator, should they so wish, to adopt a ‘civil style’ to the dispute, by providing for statements of case, disclosure and witness statements (IFLA Art 10.3) rather than the more ‘family’ approach of ordering Form Es etc (which is also available should the parties so wish). The starting point is that each party will bear their own costs (Art 14.4(b)) ‘unless otherwise agreed by the parties’ at the outset of the arbitration. This presumption against ‘costs following the event’ is subject to the discretion of the arbitrator to make a costs award on the grounds of ‘conduct’ before or during the arbitration (Art 14.5(a)). The ‘costs follow the event’ presumption can strike real anxiety into both sides at the outset of civil litigation and often appears harsh and out of place when dealing with these civil/family hybrid cases. The ability to start with a ‘no order as to costs’ presumption, it is respectfully submitted, feels more appropriate in the family context.


There is then the issue of publicity, something in which the President takes a keen interest in the context of the Family Court. Despite this, to date, the decision of Holman J in Luckwell v Limata [2014] EWHC 502 (Fam), [2014] 2 FLR (forthcoming and reported at [2014] Fam Law 792 - where His Lordship gave 3 hours’ notice that he intended to hear the case in public pursuant to FPR 2010, r 27.10(1)(b) with judgment later being promulgated in a non-anonymised format) is something of a novelty in the financial remedy context. Not so TOLATA, where justice before the courts must be seen to be done: W v M (TOLATA Proceedings: Anonymity) [2012] EWHC 1679 (Fam), [2013] 1 FLR 1513, per Mostyn J. Anyone with experience in this area will be aware of the shadow cast by the prospect of a public trawl through the intimate affairs of a family. As Mostyn J stated in W v M, this can easily be avoided by recourse to ‘the much-to-be-welcomed scheme promoted by the Institute of Family Law Arbitrators.’


There are perhaps two main concerns for those contemplating arbitration over litigation: (1) Will the court enforce an arbitration agreement by staying any competing legal proceedings, and (2) will an arbitrated award be enforceable like a judgment?

In the financial remedy context, any attempt to wriggle out of an agreement to arbitrate is likely to be met by the court enforcing a stay/adjournment of the legal proceedings (and with the making of an Ungley type Order) to allow the arbitration to proceed (see Mann v Mann [2014] EWHC 537 (Fam), [2014] 2 FLR (forthcoming and reported at [2014] Fam Law 795) per Mostyn J at paras [25] to [29]). Also note FPR 4.1(3)(g), giving the court a general power of stay, which was not considered by the court in Mann. As to the enforcement of the ultimate award, see S v S.

Article continues below...
However, in the civil context, beyond the (considerable) supervision and support afforded by the court pursuant to the Arbitration Act 1996 [i], there is no further ‘paternalistic’ overview by the court or provision comparable with s.34(1)(a) Matrimonial Causes Act 1973.

As noted by the Law Commission in its recent report on  Matrimonial Property, Needs and Sharing (No 343), it has yet to be authoritatively resolved whether s 9 of the Arbitration Act 1996 applies to financial remedy proceedings [ii]. Section 9 provides for a mandatory stay of legal proceedings commenced in breach of an arbitration agreement. The debate will be, in an appropriate financial remedy case, as to whether s 9 of the Arbitration Act 1996 trumps s 34 of the Matrimonial Causes Act 1973 by requiring a mandatory stay. To date, both the dicta of Nicholas Francis QC, sitting as a deputy High Court Judge, at para [37] of T v T (Hemain Injunction) [2012] EWHC 3462 (Fam), [2014] 1 FLR 96 and the learned authors Richard Todd QC and Elisabeth Todd at 2-073(d) in ‘Todds’ relationship Agreements’ (Sweet & Maxwell) suggest that this is by no means a foregone conclusion in favour of s 34 of the Matrimonial Causes Act 1973. In any event, the Family Court retains a discretionary (as opposed to mandatory) power to order a stay of legal proceedings: See Mann and FPR 2010, r 4.1(3)(g). Further, the decision of the Supreme Court in the commercial arbitration case of AES Ust-Kamenogorsk LLP v Ust-Kamenorgorsk JSC [2013] UKSC 35, when analysing the relationship between the Senior Courts Act 1981 and the Arbitration Act 1996, suggested that discretion exercised pursuant to the SCA 1981 should ‘[60] ... be exercised sensitively and ... with due regard for the scheme and terms of the [Arbitration Act 1996] when any arbitration is on foot or is proposed.’ The Court of Appeal in that case went further, suggesting that the AA 1996 and the SCA 1981 should each influence the application of the other. It will be interesting to see whether this reasoning is applied analogously, when considering the relationship between the Matrimonial Causes Act 1973, s 34 and the Arbitration Act 1996, s 9.

However, in the TOLATA context, there is no s 34 voiding provision to argue about. Section 9 will be applied and any attempt to circumnavigate the arbitral process by issuing legal proceedings will be met with a mandatory s 9 stay.
Upon the making of the award in the TOLATA context, the award will bind the parties and there will be no need for reflection into a court order to invoke a clean break or pension sharing order type provisions. The only occasion when a civil award will require reflection into an order is if enforcement becomes an issue. It is trite that the arbitral tribunal has no powers of enforcement and the award can simply be summarily enforced as a judgment of the court using s 66 of the Arbitration Act 1996.

A compelling case for arbitration?

Family arbitration, absent of costs’ budgets, publicity, adverse costs orders and Mitchell style case management, must surely make IFLA arbitration a choice worth careful consideration. The advantages include the parties’ choice of a specialist tribunal with their date and venue of hearing, privacy, speed of process and ease of access to their tribunal for case management purposes.
There is, incidentally, no impediment to an arbitrator and advocate being drawn from the same chambers (see Laker Airways v FLS Aerospace Ltd and Stanley Burton [2000] 1 WLR 113 and A and others v B and another [2011] EWHC 2345 (Comm)).

[i] Sections 42 – 45 (powers in support of arbitral proceedings) and ss 66 – 71 (powers of the court in relation to the award). For a detailed explanation of how these provisions work in the civil context, see article by Karen Gough (Past President of Chartered Institute of Arbitrators) at http://www.familyarbitrator.com/family-arbitration/judicial-supervision-support-arbitration
[ii] Paragraph 7.43