Pensions on divorce: another witches' brew 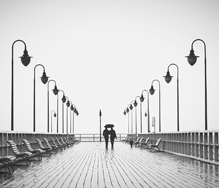 Another Witches’ Brew provides an up-to-date domestic review of the treatment of pensions on divorce in light of the recent 'pension freedom' changes, state pension changes and up-to-date case-law.

Many of the usual textbooks have yet to catch up with the significant changes which have occurred in the pension context in the last few years. Another Witches’ Brew provides a short summary of what the family lawyer needs to know about pension liberalisation and state pension changes.

It goes on to look at the way in which reported case-law appears to be treating pensions on divorce and asks whether the reported cases provide realistic and binding guidance of general application.

It looks at the recent Family Justice Council 'Sorting out Finances on Divorce' paper (and subsequent 'judges paper'), which provides helpful analysis of how pensions should be approached in needs cases.

It also looks at a recent decision of the Financial Services Ombudsman where a complainant was successful in securing over £100,000 in compensation from their Independent Financial Adviser, for failing to advise him to purchase an annuity. The paper asks whether the recent High Court authorities on pensions on divorce reflect the regulatory and market context in which pensions are actually dealt with. It asks whether pensions on divorce are at risk of suffering with family law 'desert island syndrome'.

The paper benefits from numerous worked examples provided by several of the leading pension experts in the field. In particular, the danger of relying on Cash Equivalent (Transfer) Values ('CE') when dealing with pensions on divorce is starkly highlighted. Suggestions are made as to when it may be permissible to rely on the CE

The practice of instructing experts in financial remedy proceedings is critically reviewed and practice points are suggested.

The paper deals with many of the typical conundrums which arise with pensions in financial remedy cases, including where a pensions asset should appear on the balance sheet, how a pension should be divided and the issue of pre- and post-marital contributions to pension assets. Problems caused by pension liberalisation with pension attachment orders and the risks of dissipation are considered.

The effect of equality and discrimination legislation (with assistance from a pensions lawyer) is viewed from a financial remedy perspective.

The paper concludes by looking briefly at the employment law context where detailed guidance of general application has assisted practitioners for many years and which is now being updated in light of recent pension changes. It asks whether the Family Justice Council might draw inspiration from this model and engage with more leading pension experts to provide detailed guidance for practitioners and the judiciary.

The full version of this article appears in the February 2017 Family Law – Pensions Special Issue.