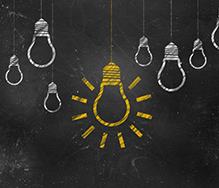 According to Laurie Pawlitza, a partner at Torkin Manes in Canada, many family law cases require the expert testimony of psychologists or social workers who make recommendations on what is in a child’s best interest.

The more complex our world has become, the more likely it is that litigation will involve expert evidence. Many family law cases require the expert testimony of psychologists or social workers who make recommendations on what is in a child’s best interests.

Other experts appearing frequently in the family courts include real estate appraisers and chartered business valuators, who testify about the value of shares in private companies and income for support purposes.

Some years ago, judges began to express concern about the independence of the experts appearing before them: some experts were perceived as being simply another advocate in the courtroom, rather than providing a balanced opinion for the court’s consideration.

As a result, the rules governing experts changed. Experts giving evidence in an Ontario court are now obliged to sign an acknowledgement that confirms that they are aware of their obligation to be independent, with their obligation being to the court, and not to the party who retained them.

Despite this change, Justice Ruth Mesbur of the Ontario Superior Court in Plese v. Herjavec, a decision released last month, seems to suggest that problems with expert testimony continue to plague the courts.

The case was a lengthy family law dispute over millions of dollars involving Robert Herjavec, an entrepreneur and Canadian reality television personality best known for his appearances on Dragon’s Den and Shark Tank. Herjavec had separated from his wife of twenty-four years, Diane Plese, leaving her for his dance partner on Dancing with the Stars.

Despite the details of the marriage breakdown, Justice Mesbur succinctly described the lengthy trial before her, as follows: “Ultimately, the real conflict between the parties lies not in the historical facts of their case or who did what, but rather on the considerable difference in the expert opinions each has proffered both to determine the value of these assets and to determine Mr. Herjavec’s income.”

The family law trial finally took place four years after the parties separated. It involved an expert in forensic accounting who was required to reconstruct records Mr. Herjavec had failed to keep for his family trust; two real estate experts, who valued the parties’ properties, including a 22,000-square-foot Toronto home; investment experts; two chartered business valuators, who valued the shares of Mr. Herjavec’s company; and a chartered business valuator who gave evidence about Mr. Herjavec’s income for the purposes of the payment of support.

Justice Mesbur’s frustration with several of the experts appearing before her was apparent early in her judgment.

“In each case, each valuator, supposedly acting independently, suggested values that benefitted the position of the party who had hired him,” she wrote. “Similarly, when it came to expert opinion on Mr. Herjavec’s income, Mr. Herjavec’s expert, in particular, seemed particularly aligned with Mr. Herjavec’s position. Sadly, this is often the case.”

After analyzing each real estate expert’s evidence in detail, Justice Mesbur determined that she was unable to accept either expert’s opinion, adding, with some frustration, “While I recognize the valuation is an art, not a science, I would have expected the ultimate opinions to have been much closer to one another.”

She then went on to parse at length, the differences between each expert, increasing the $14,000,000 value for the Toronto home proffered by one expert and discounting the other expert’s value of $17,600,000. She determined that the home was valued at $15,500,000 at the date of separation.

Her Honour’s frustration appeared to increase when she turned to the value of Mr. Herjavec’s shares in his private company. “As was the case with the real estate appraisers, their opinions squarely align with the interest of the Party who retained them,” Justice Mesbur wrote. “I am astonished that there should be this kind of disparity between them. I wonder if their results would have been the same had they been retained by the other party. This case highlights in very stark fashion the continued problem with expert evidence. Notwithstanding the experts’ clear duties, they nevertheless end up supporting the position of the party who hired them. The changes in the expert rules and the requirement for experts to acknowledge their duties of independence and impartiality were supposed to solve the problem of experts simply being ‘hired guns.’ Sadly, the problem remains. I must therefore approach each expert’s opinion with a certain degree of caution and skepticism.”

Two accounting experts, however, not only escaped Justice Mesbur’s sharp criticism, but received her approbation: the expert who traced the disbursement of $21,000,000 from the trust, and the wife’s expert who gave evidence on Mr. Herjavec’s income for support purposes.

Her Honour’s comments left no doubt about what is expected by the court from experts, saying the wife’s income expert, was “fair and balanced.”

“I did not find her unduly aligned with Ms. Plese’s position. Her evidence was helpful and measured. She clearly took her duties to the court seriously.”

Despite the millions of dollars at issue, Herjavec is unlikely to be remembered for its legal principles.

Instead, it may portend the beginning of the end of the “hired gun.”