Analysis - Open justice and domestic abuse court hearings: now and under the bill 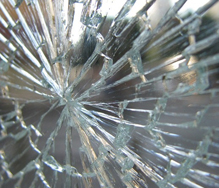 David Burrows
Solicitor Advocate
Solicitor David Burrows discusses Transforming the Response to Domestic Abuse: Consultation Response and Draft Bill, which was published on 21 January by the Home Office and the Lord Chancellor.

On 21 January 2019 the Home Office and the Lord Chancellor published, to press acclaim (see eg Guardian and Observer) their joint Transforming the Response to Domestic Abuse: Consultation Response and Draft Bill January 2019. The main features of the bill are:

The bill’s powers can be exercised across a range of types of proceedings, civil (ie including family) and criminal. As at present drawn cl 27 enables the court to make domestic abuse orders (as defined by the bill). Clause 27 includes the following:

(2) The High Court [ie the Family Division] or the family court may make a domestic abuse protection order against a person (“P”) in any family proceedings to which both P and the person for whose protection the order would be made are parties.

(3) Where a person (“P”) has been convicted of an offence, the court dealing with P for that offence may (as well as sentencing P or dealing with P in any other way) make a domestic abuse protection order against P….

(5) A court by or before which a person is acquitted of an offence may make a domestic abuse protection order against the person.

(7) The county court may make a domestic abuse protection order against a person (“P”) in any relevant proceedings [as defined by the Secretary of State] to which both P and the person for whose protection the order would be made are parties.

An immediate question which arises in relation to the bill is whether all proceedings which involve allegations of domestic abuse should be heard in open court, as they will be if based on a criminal charge; or will they, as in family proceedings, be heard in secret (see Clibbery v Allan (below))? The privacy of family courts hearings is defined by Family Procedure Rules 2010 (FPR 2010) rr 10.5 (for domestic violence proceedings) and 27.10 (for the vast majority of other family proceedings covered by FPR 2010. The term the rule-makers use is ‘private’

As the law now stands almost all family proceedings injunctions, for non-molestation and occupation (of the party’ and their children’s former home) orders are dealt with under Family Law Act 1996 (FLA 1996) Part 4. (It is intended that Part 4 be revoked by the bill. FLA 1996 Part 4 cases count as proceedings under FPR 2010.) It is said by FPR 2010 r 27.10 that all such cases are to be heard in ‘private’.

By contrast criminal proceedings will be heard by magistrates or a jury in open court. The hearing in family proceedings – judging by the rules, is to be in secret (or ‘private’). That is said to be the law, now (see eg Transparency in the family courts by Doughty et al (2018)). At Transparency para 2.148 seems to accept without question what FPR 2010 rr 10.5 and 27.10 says, without any reflection on the powers (vires) of Family Procedure Rules Committee who made those rules.

The assumptions on which the Transparency book is based are unlikely to represent the law, despite what the rules say. Unless children are involved, there seems no logic in saying that in one court on the same facts a defendant should be tried in open court; but that in proceedings under family law rules any trial should be secret. Logic or not, the law also denies that domestic abuse proceedings should, as a default proposition, be heard in secret.

What is to be heard in open court is defined by the common law, probably going back to medieval times, certainly to the period immediately after the Puritan Revolution. This is explained by the House of Lords in Scott & Anor v Scott [1913] UKHL 2, [1913] AC 417. Secrecy – hearings in ‘chambers’ – was guaranteed then only for children proceedings, for hearings concerning ‘lunatics’ and where publicity of hearing might destroy the point of the trial (eg for patents). Scott was a family case; but one – nullity – where their Lordships seemed astonished that anyone could contemplate a hearing other than in public.

The common law can only be changed by a higher court decision, or by Act of Parliament. The open justice principle has been immune to date from statutory intervention.

However, things have moved on since Scott: national security and confidential information of a party has been added. The common law secrecy/privacy list is best summarised now by CPR 1998 r 39.2(3) which is as follows:

General rule – hearing to be in public

(a) publicity would defeat the object of the hearing;

(b) it involves matters relating to national security;

(d) a private hearing is necessary to protect the interests of any child or protected party;

(e) it is a hearing of an application made without notice and it would be unjust to any respondent for there to be a public hearing;

(g) the court considers this to be necessary, in the interests of justice.

[27] Neither the Rules of the Supreme Court nor the Civil Procedure Rules can change the substantive law unless expressly permitted so to do by statute: see Re Grosvenor Hotel Ltd (No 2) [1965] Ch 1210 [per Lord Denning MR].

Rules exist only to regulate the law, save where Parliament says a rule can change a law. FPR 2010 are made under powers given to Family Procedure Rules Committee under Courts Act 2003 ss 75-76; and I can see no power to create law there (only in one case to ‘modify’ rules of evidence).

Dame Elizabeth Butler-Sloss P said of the terms in issue in Clibbery:

Dame Elizabeth and Thorpe and Keene LJJ, held that FLA 1996 Part 4 hearings were to be held in ‘private’ (which they explained as open court, but with limited space for those attending court: see eg Hodgson v Imperial Tobacco Ltd [1998] 1 WLR 1056, CA); and that Ms Clibbery could not be prevented from handing over papers from the case to the press. That remains the law today; and it cannot be changed by FPRC and their FPR 2010.

What Dame Elizabeth held in Clibbery also explains by my use of the word ‘secret’ for private hearings. The rules say ‘private’. They mean, in terms of Clibbery ‘secret’; and that can only be changed by statute, or decision of a court higher than the Court of Appeal, namely the Supreme Court.

The bill is silent – so far – on the issue of open court injunction hearings (as far as I can see). Should it remain a matter for the common law, or should the authors of the bill be encouraged to be clear on the point? The open court principle is so much a creature of common law: I would leave it to the judges. And, till the bill is on the statute book, as I understand the law, FLA 1996 Pt 4 hearings should be in open court subject to any of the exceptions summarised by the list in CPR 1998 r 39.2(3).