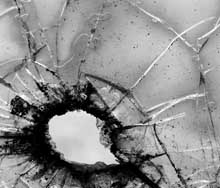 David Hodson examines the legislation which will be considered by the profession in the event of no deal. The UK government published late last week a statutory instrument to provide for family law matters in the event of a no deal on leaving the EU.

The legislation revokes Brussels II and the EU Maintenance Regulation on exit day, along with a couple of other less important EU family law Regulations. It provides transitional provisions, as below. It then sets out in the Schedule many detailed amendments and changes to primary and secondary legislation.  Parts of the SI do not apply to Scotland which is enacting separate legislation.

Perhaps chief amongst these changes is the replacement of divorce jurisdiction. This is found in clause 15.2.2, using numeric numbering. It introduces into national law divorce jurisdiction which is the same as Art 3 Brussels II, as already applied here, with the addition of sole domicile, as found in 15.2.2.7, properly 15 (2) (b) (g). This will mean therefore no material change for practitioners. Interestingly, Scotland is apparently choosing divorce jurisdiction based on the pre-Brussels II law of the domicile or 12 months habitual residence of either party.

The much hated race to court, lis pendens, which has caused so much damage to marriages, prospects of reconciliation and attempting to settle before the issue of proceedings, is abolished. England would then rely entirely, for all cases, on the forum test traditionally used of closest connection, forum non conveniens.  This amendment to Sch 1 s9 of the Domicile and Matrimonial Proceedings Act 1973 is found in clause 15.4 of the SI

The always confusingly drafted additional jurisdiction elements of Part III are removed by clause 21.2.Jurisdiction in Sch 1 Children Act cases before June 2011 had been uncertain with conflicting case law and there is now clause 25.3 when one parent lives outside England and Wales.

Reciprocal enforcement is always complicated, and the legislation has sometimes reverted to simple lists in e.g. clauses 38 and 39.

One omission is the real need for jurisdiction under Art 7 Maintenance Regulation for pension sharing cases, and this should either be providing Art 7 jurisdiction in national law or adopting the Law Commission proposals for additional jurisdiction in instances of pensions under Part III MFPA 1094.

Removal of the EU Maintenance Regulations would mean our family courts are now able to make needs-based orders if the only connection is sole domicile. This has been a very unnecessary restriction and caused injustice in a number of cases.

Transitional arrangements are in clause 8. These will be vital for the profession.

The revocation of the relevant EU laws does not apply in relation to certain categories of cases in existence at the point of leaving the EU i.e the EU laws will be expected to continue to apply to those cases.  This includes proceedings before a court in a member state seized before exit day in reliance on the jurisdiction provisions of either Brussels II or the Maintenance Regulation.  For these purposes seized means when the instituting document is lodged at the court, clause 8.2.1.

This transitional provision raises potential questions with reciprocity.  There is a case for saying that provided the proceedings are commenced whilst the UK is a member state then all other member states should recognise the jurisdiction and forum of those proceedings after the UK leaves the EU.  However another argument is that they may not because there is no ongoing reciprocity.  For example, if a English divorce petition was issued on 29 March 2019 with valid Art 3 jurisdiction and first in time, and a French divorce petition was issued on 1 April 2019, might France refuse to accept the priority of the English divorce on the basis that on 1 April 2019 the UK was no longer a member state.  One would hope not.

The EU laws also continue to apply to payments of maintenance which fall due before the exit day or requests for assistance or specific measures where the application or request is received by the Central Authority before exit day.  This would for example include child abduction requests through Brussels II.

None of these transitional arrangements carry any reciprocity although it is naturally to be hoped and expected that EU member states would respect and observe proceedings commenced whilst the UK was a member state.

These will be crucial issues for practitioners if there is no deal.  A further briefing paper will be prepared as the situation becomes clearer.  There will undoubtedly be more matters arising as the weeks and months go by approaching the end of March 2019 and The International Family Law Group will continue to provide updated notes and bulletins of suggested practical steps and guidance.  See also the iFLG guide on Preparing family law cases for the EU Exit on 29 March 2018, available from iFLG

David Hodson OBE is a co-founder and partner at The International Family Law Group LLP, London. He is an English solicitor, arbitrator and mediator and also an Australian qualified solicitor, and sits as a part-time family court judge at the Central Family Court.