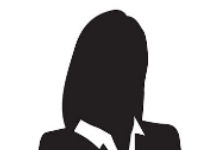 They say that all is fair in love and war, but it might not seem that way for Mrs Owens who, following a recent Court of Appeal decision, is deemed to remain in a loveless marriage having been unable to persuade the Court that her husband's behaviour was such that she cannot reasonably be expected to live with him.

The facts of this case have been highly publicised, but in short involved defended divorce proceedings with the respondent husband denying that his behaviour had made it unreasonable for his wife to continue living with him and that their marriage had therefore irretrievably broken down. Despite His Honour Judge Tolson QC finding that the marriage had broken down, he then went on to dismiss the wife's petition on the basis that she had failed to prove, within the meaning of section 1(2)(b) of the Matrimonial Causes Act 1973, that her husband had indeed behaved in such a way 'that she cannot reasonably be expected to live with him'.

The parties separated in February 2015 after 37 years of marriage and two children. The allegations of behaviour set out in the wife's petition included allegations that have probably been cited in thousands of petitions in the country and included inter alia that the husband prioritised his work over family, gave the wife no emotional support or love, had frequent mood swings that caused arguments and was generally unpleasant and disparaging, which embarrassed and undermined her. When the husband gave notice of his intention to defend the petition on the basis that the marriage had not irretrievably broken down as the particulars were insufficient to prove behaviour, the wife, by way of a belt and braces approach, amended her petition to provide further allegations. When it came to court, there were 27 allegations in total.

The question for the Court was whether or not these allegations, taken cumulatively, had the effect of wearing the wife down and making it unreasonable for her to continue living with the husband. Counsel for the wife focused on the allegations that the wife said had caused her embarrassment in a public place, and therefore the most serious, which were then examined in excruciating detail during the course of the hearing. Ultimately, the Judge, however, found that they lacked 'beef' and were not sufficient in themselves to be any more than the ordinary. Judge Tolson found that they were 'at most minor altercations of a kind to be expected in a marriage. Some of them not even that'.

The Court of Appeal reviewed both the case-law and authorities, which shed light on the approach to be taken when reviewing whether a behaviour petition is made out. It confirmed that the Court first has to conduct a fact-finding mission to satisfy itself on what is proved to have happened - taking into account the characteristics of the individuals concerned - in light of all the circumstances and having regard to the cumulative effect of the conduct alleged. Once it has assessed this subjective element, it then asks itself the objective question: has the respondent behaved in such a way that the petitioner cannot reasonably be expected to live with the respondent? As Judge Sir James Munby put it, 'what may be regarded as trivial disputes in a happy marriage could be salt in the wound in an unhappy marriage'.

It seems that the gravity of the conduct complained of is not the issue. You have to take the husband and wife with their particular characteristics and ask whether the behaviour, when looked at cumulatively, would really make it unreasonable to expect one to live with the other. Sadly for Mrs Owens, Judge Tolson QC variously described her petition as 'hopeless' and 'scraping the barrel'.

What is surprising is that while, in isolation, many of the allegations of behaviour may have been flimsy or lacked force, when taken together, it would be clear to any 'right thinking person' that the wife could no longer tolerate her husband's behaviour and believed that she could not live with him. Surely that is enough? However, Sir James Munby said that once the facts are established the objective part of the test is to consider whether 'by the standards of reasonable men and women in 2017' the petitioner cannot reasonably be expected to live with the respondent. In this case, Judge Tolson QC believed that many of the wife's allegations were exaggerated to a significant extent and were all 'at most minor altercations of a kind to be expected in a marriage'.

Many practitioners will have told their clients that the Courts do not encourage litigants to cite corrosive allegations that are only likely to inflame the acrimony between them. Indeed, Resolution and other codes of practice actively encourage practitioners to ensure that conflict and confrontation are reduced or managed by, for example, not using inflammatory language that may have long-term financial and emotional consequences. However, it seems that is now no longer the case and practitioners will have to carefully scrutinise any allegations of behaviour before a petition is issued to ensure that there is no risk of a Judge finding that the contents of the petition are not proved (whether or not the respondent defends the petition). Many respondents indicate that they do not intend to defend the divorce, but reserve their right to plead to the allegations in any future proceedings. If Courts are now scrutinising behaviour petitions then surely a Judge may find that even if the petition is not defended, the behaviour is not made out and a decree nisi cannot be granted.

The Court of Appeal also held that, as well as failing to prove the grounds of appeal on procedural grounds, the wife's rights under Articles 8 and 12 of the European Convention had not been engaged, as had been argued - there is no right to a divorce.

It is unfathomable that in the 21st century, practitioners are expected to be on the one hand actively encouraged to resolve disputes outside the Court process and in a conciliatory fashion, but now on the other, rather than diffusing acrimony, must take care to ensure that there is sufficient poison in a petition to enable their client to get a decree of divorce. This glaring contradiction flies in the face of the prevailing culture of resolving disputes in a non-contentious way, which the judiciary have been readily enforcing with costs orders. The case for a no fault divorce must surely now gain traction from all who work in this area.
The views expressed by contributing authors are not necessarily those of Family Law or Jordan Publishing.
Categories:
Articles