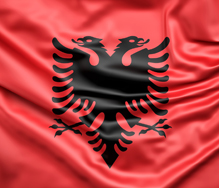 The Republic of Albania has awarded former Court of Appeal judge Sir Henry Brooke its highest honour for a non-citizen, Knight of the Order of Scanderbeg, for his contributions to reform of the Albanian justice system.

Scanderbeg is the Albanian national hero and this is the first time the award has been given to a British judge. At a ceremony in London this morning it was presented to Sir Henry by His Excellency the President of the Republic of Albania Mr Bujar Nishani. The Lord Chief Justice was represented at the award ceremony by Sir Stephen Silber.

Sir Henry Brooke retired as Vice-President of the Civil Division of the Court of Appeal in 2006. As President of the Slynn Foundation between 1998 and 2015 he visited the country many times to assist with reform of the law and practice of the Supreme Court of Albania, judicial training and arrangements for discipline and training at the Albanian Bar.

Click here to read more, to order your copy of The Family Court Practice 2017 or to request a FREE online trial.
Categories:
News