A very legal playground: Re B (A Child) (Habitual Residence: Inherent Jurisdiction) and the habitual residence seesaw 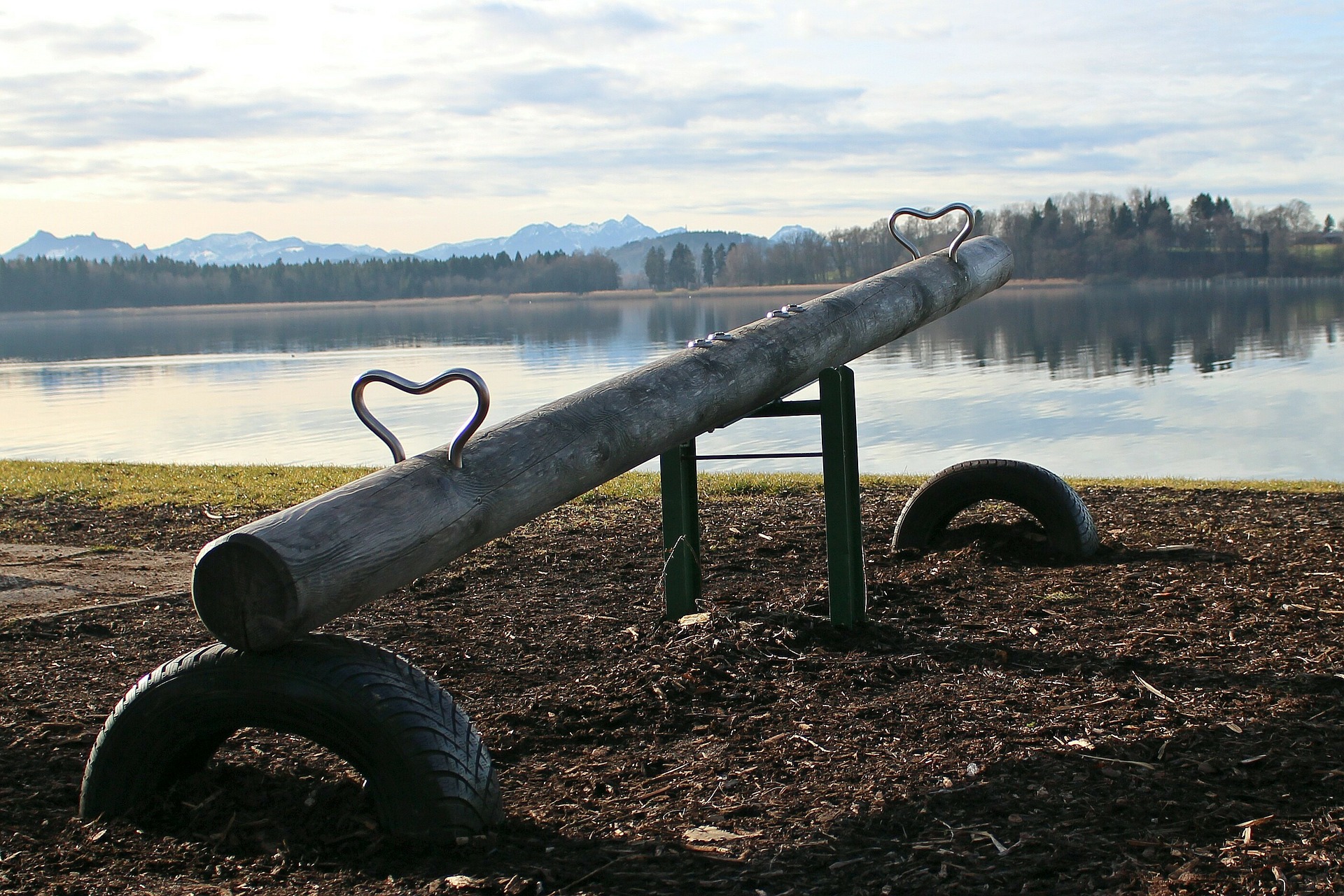 Alex Laing
Barrister
On 3 February 2016, the Supreme Court gave judgment in Re B (A Child) (Habitual Residence: Inherent Jurisdiction) [2016] UKSC 4. The case addressed a novel point in the ongoing re-interpretation of the concept of habitual residence: when does a child lose it and is our domestic analysis of that consonant with the modern international concept?

B, a girl, was born in April 2008. She is a British national. The respondent was B’s biological mother; the appellant was the respondent’s long-term partner and, 'other than biologically, B is the product of their relationship' (para [2]). On 3 February 2014, the respondent took B to live in Pakistan, where they remained. Shortly after, the appellant applied for (what was then) a shared residence order, not knowing that B had been taken to Pakistan. On learning this in June 2014, the appellant also applied for orders that B be made a ward of court and be returned to England. Hogg J dismissed both of her applications ([2014] EWHC 3017 (Fam); the Court of Appeal dismissed her appeal ([2015] EWCA Civ 886).

It was common ground that, prior to February 2014, the respondent and B had been habitually resident in England and Wales. Hogg J found that, when leaving for Pakistan in February 2014, the respondent 'had genuinely intended to make a new life for herself and for B there and that her motivation had not been to evade the appellant’s increasing demands [for contact]' (para [20]). She held that both the respondent and B lost their English habitual residence on the date they left and that, as such, the court had no jurisdiction to determine the Children Act 1989 (CA 1989) application. On appeal, the Court of Appeal concluded that Hogg J had been entitled to conclude that, on 3 February 2014, B had lost her English habitual residence.

The consequence of these decisions was that 'applications intended to secure for B a continuing relationship with the woman who … had acted as one of her parents … have been dismissed without any appraisal of B’s welfare; without any knowledge of her current situation; without any collection of her wishes and feelings; and in circumstances in which no such applications can be entertained in any other court1' (para [25]).

The question for the Supreme Court, then, was: at what point is habitual residence lost?

The rise of habitual residence:2

When determining questions of jurisdiction in cases with an international element, the legal concept of habitual residence comes to the fore. In the words of Lord Wilson, who gave the majority judgment (with whom Lady Hale and Lord Toulson agreed), 'a child’s habitual residence in a state is the internationally recognised threshold to the vesting in the courts of that state of jurisdiction to determine issues in relation to him (or her)' (para [27]).

The reason for this is three-fold: (1) jurisdiction under Council Regulation (EC) No 2201/2003 ('BIIa') is, in the first place, founded on habitual residence (per Art 8); (2) BIIa is not confined to allocating jurisdiction as better BIIa Member States themselves: it binds each Member State irrespective of whether the other state with potential jurisdiction is a fellow Member State (see, for example, s 2(1)(a) of the Family Law Act 1986); and, (3) habitual residence is also 'the thread which unites the provisions' of the Hague Convention on Civil Aspects of International Child Abduction 1980 (para [28]).

As a result: it is not in children’s interests routinely to be left without a habitual residence; and, a common international interpretation of the concept is to be promoted (para [31]).

At what point is habitual residence lost?

Lord Wilson turned to the leading CJEU analyses of habitual residence, articulated in Proceedings brought by A [2010] Fam 42 and Mercredi v Chaffe [2012] Fam 22. He stated that these impacted on the question before the court in two ways.

First, they emphasised the importance of recital 12 to BIIa ('the grounds of jurisdiction in matters of parental responsibility… are shaped in the light of the best interests of the child, in particular on the criterion of proximity'). In his view, whilst 'it does not follow that the court can construe a child’s habitual residence by reference to the result which best serves his interests', it does mean that 'where interpretation of the concept of habitual residence can reasonably follow each of two paths, the courts should follow the path perceived better to serve the interests of children' (para [42]). He went on: 'to be more specific to the facts of the present case: if interpretation… of habitual residence can reasonably yield both a conclusion that child has an habitual residence and, alternatively, a conclusion that he lacks any habitual residence, the court should adopt the former' (para [42]).

And secondly, that the concept of habitual residence operates (and should be interpreted to operate) in such a way 'as to make it highly unlikely, albeit conceivable, that a child will be in the limbo … The concept operates in the expectation that, when a child gains a new habitual residence, he loses his old one' (para [45]).

This is explained by way of a seesaw analogy: 'As, probably quite quickly, he puts down those roots which represent the requisite degree of integration in the environment of the new state, up will probably come the child’s roots in that of the old state to the point at which he achieves the requisite de-integration… from it' (para [45]).

To assist in judging just how far the seesaw has rocked in a given case, Lord Wilson offered 'expectations which the fact-finder may well find to be unfulfilled in the case before him' (para [46]). These are:

'(a) the deeper the child’s integration in the old state, probably the less fast his achievement of the requisite degree of integration in the new state;
(b) the greater the amount of adult pre-planning of the move, including pre-arrangements for the child’s day-to-day life in the new state, probably the faster his achievement of that requisite degree; and
(c) were all the central members of the child’s life in the old state to have moved with him, probably the faster his achievement of it and, conversely, were any of them to have remained behind and thus to represent for him a continuing link with the old state, probably the less fast his achievement of it', at [46].
On an application of the concept of habitual residence, as properly understood, to B, it was held that, on 13 February 2014, B retained habitual residence in England – and the appellant’s application under CA 1989 should, therefore, proceed to substantive determination, at [51].
1  The Court of Appeal proceeded on the basis (not challenged by the respondent before the Supreme Court) that courts in Pakistan would be unlikely to recognise that the appellant had any relationship with B which would entitle her to relief and that therefore she would have no realistic opportunity to advance her claim there (para [24]).
2  Habitual residence is a question of fact (although see Lady Hale and Lord Toulson’s comment that 'At the risk of appearing pedantic, we would prefer to describe it as a mixed question of fact and law…' (para [57])). The test is normally taken as: the place that reflects some degree of integration by a child in a social and family environment, per In the Matter of A (Children) [2013] UKSC 60 at [54 iii].

Lord Sumption reached a different conclusion – and was supported in doing so by Lord Clarke. His argument, in short, was that: (1) the majority is colouring habitual residence with a legal hue that it is 'highly unlikely, albeit conceivable' that habitual residence will be lost before a new one is acquired; (2) the justification for this hue (that the child will be left in a jurisdictional limbo) is incorrect; (3) indeed, it is inherent in the concept of habitual residence that it can be lost more quickly than gained; and (4) having therefore applied the correct test, Hogg J’s decision was a 'classic evaluative judgment on a question of fact with which this court should in principle decline to interfere' – and, in fact, it 'is difficult to envisage a clearer case', both at [80], of habitual residence being lost before a new one is gained, than this case.

A very legal playground – but who is right?

On Lord Wilson’s analysis, this join holds firm: 'the modern concept of habitual residence operates in the expectation that an old habitual residence is lost when a new one is gained' and 'highly relevant to the person’s achievement of that requisite degree of disengagement is his achievement of the requisite degree of integration in the new environment' (para [54]).

Lord Sumption’s view, on the other hand, is that the two planks of the seesaw do not move in harmony: 'it is self-evidently easier to lose a habitual residence at once. This is because the severance of old links is a unilateral act. It can be achieved faster…' (para [70]) and 'This [habitual residence hiatus] is simply an inescapable consequence of the concept of “habitual” residence where a child migrates from a familiar to an unfamiliar place' (para [71]).

My own take on it:

(1) Lord Sumption is correct in stating: 'The notion that there must be a seamless transfer of habitual residence is a classic legal construct, which has no place in the essentially factual enquiry involved in identifying a child’s habitual residence' (para [75]) (ie the join between the two planks is not completely rigid).

(2) The point made by Lord Wilson, however, is not that the transfer must be seamless – but that the degree of integration in a new environment is 'highly relevant' to the degree of disengagement (ie the join is flexible, but not very – it is firm)3 (note: this must, properly understood, be a generally applicable proposition of fact rather than a legal principle).

(3) When sitting the relevant facts on a firm habitual residence seesaw, as Lord Wilson does at paras [49] – [50], the seesaw has not, as of 13 February 2014, rocked to the extent that the upward-moving plank has pulled up the roots of integration and therefore the evaluative judgment of Hogg J that habitual residence had been lost was wrong.
3  This, to mix metaphors, is the 'mirror image' idea referred to by Advocate General Kokott in Proceedings brought by A, at para 44.
Categories:
Articles