A Small Change That Matters: The Article 13(1)(b) Guide to Good Practice 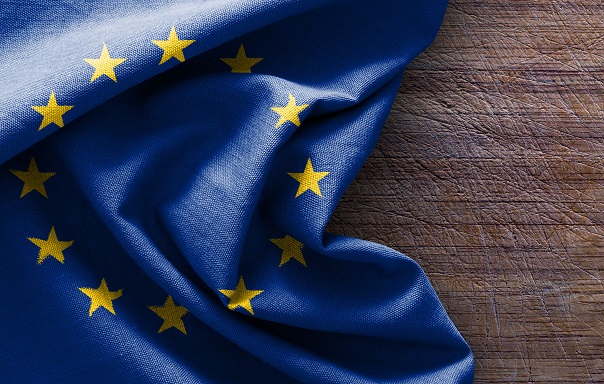 After eight years in the making, the Guide to Good Practice on Article 13(1)(b) is soon to be released.  The Guide is intended to help judges adjudicating cases pursuant to the 1980 Hague Convention on the Civil Aspects of International Child Abduction (hereafter ‘the Convention’ (Convention on the Civil Aspects of International Child Abduction, 25 October , 1980, T.I.A.S. No. 11670, 1343 U.N.T.S. 89 (hereafter 'Hague Convention').)) and Central Authorities dealing with incoming and outcoming  applications under the Convention.  In particular, the Guide provides guidance on the interpretation and application of  article 13(1)(b), which contains one of the exceptions to article 12’s remedy of  mandatory return, and is commonly known as the 'grave risk' exception (The article 13(1)(b) exception allows a judge to refuse to order a child’s return if 'there is a grave risk that his or her return would expose the child to physical or psychological harm or otherwise place the child in an intolerable situation.').

A petition is now circulating that asks the Council on General Affairs of the Hague Conference and the Hague Permanent Bureau to make a small but crucial change before the Guide is released, although the finalized version has been silently approved by the Member States.  The amendment attempts to clarify language in the proposed Guide which, as it stands, undermines the scientifically supported proposition that domestic violence perpetrated against a parent can harm that parent’s child, even when the child is not a direct target of the violence. As of January 19, the petition has been signed by over one hundred and fifty law professors, family justice professionals, and other concerned individuals.  The petition was crafted by Professors Rhona Schuz and Merle Weiner, scholars who have monitored the Guide’s progress over the years (and the authors of this short article), and who noticed that in the course of the final revisions, a new sentence was inserted into the Guide which, together with the accompanying footnote, is liable to be misunderstood and lead to a result that was not intended (Memorandum from Permanent Bureau to National and Contact Organs of the Members and the Diplomatic Missions of the Members, Nov. 12, 2019 (on file with authors) (attaching finalized draft Guide that was to be approved by consensus).)

The new sentence, set out below, is problematic because the Guide represents a response by States to concerns about the application of the Convention to cases involving parents who flee transnationally with their children for safety (Brenda Hale, Taking Flight —Domestic Violence and Child Abduction, Current Legal Problems, 13 August 2017, at  (noting '[o]ne of the principal reasons' the Guide was drafted was 'to protect victims of domestic violence and abuse from the hard choice of returning to a place where they do not feel safe and losing their children'). It should be noted that Lady Hale was a member of the Working Committee.). For many years, experts had observed that many judges were unwilling to use the exception in article 13(1)(b) when the parent requesting return of the child had committed domestic violence against the taking parent and return could subject the taking parent and the child to further harm.  Judges sometimes minimised the importance of the domestic violence when there was no proven violence against the child.  That minimisation was contrary to the fact that in some cases exposure to violence itself creates a grave risk, as documented in the scientific literature, and to the fact that the taking parent’s inability to care for the child because of the violence can also create a grave risk.

A first draft of the Guide to Good Practice, prepared by the Working Group, was published in September 2017 and a revised version was published in February 2019.  In March 2019, the Council of General Affairs of the Hague Conference asked that the revised version be amended further in the light of States' comments. The finalised version was circulated to States in November 2019. Since no objections were received the following month, this finalised version was taken as approved in accordance with the procedure designated by the Council.[2]  Formal confirmation of this version is expected at the upcoming Council meeting in March 2020.

In the course of the final revisions, a new sentence was inserted into the Guide which, together with the accompanying footnote, is liable to be misunderstood and lead to a result that was not intended. The last sentence of paragraph 58 now states: "Evidence of the existence of a situation of domestic violence, in and of itself, is therefore not sufficient to establish the existence of a grave risk to the child.'   The new sentence at the end of paragraph 58 is misleading because it incorrectly suggests that a respondent would need to prove something in addition to domestic violence to trigger the exception, whereas in fact the violence itself may be sufficient to establish the existence of a grave risk, provided that it is of sufficient severity, frequency, etc.

The likelihood that the sentence will be misunderstood is significantly increased by the accompanying footnote, which includes an unhelpful quote from the case of Souratgar v. Fair, 720 F.3d 96 (2nd Cir. 2013), and suggests that the exception will only be made out when it can be shown that the child has already been directly harmed or targeted. The footnote reads:

See also Souratgar v. Fair, 720 F.3d 96 (2nd Cir. 2013), 13 June 2013, United States Court of Appeals for the Second Circuit, (the US) [INCADAT Reference: HC/E/US 1240] at pp. 12 and 16, in which the taking parent’s allegations of spousal abuse on the part of the left-behind parent were considered by the Court to be “only relevant under Article 13(b) if it seriously endangers the child. The Article 13(b) inquiry is not whether repatriation would place the [taking parent’s] safety at grave risk, but whether so doing would subject the child to a grave risk of physical or psychological harm.” In that case, the Court affirmed the finding of the district court that, while there were instances of domestic abuse, “at no time was [the child] harmed or targeted”, and that “in this case, the evidence […] does not establish that the child faces a grave risk of physical or psychological harm upon repatriation.

The petition asks the Council to make a relatively simple amendment: to use the words 'may therefore not be sufficient' instead of 'is therefore not sufficient' and to delete the accompanying footnote. Members of the Working Group have told us that the proposed change better reflects the discussions in the Working Group, which was not involved in the final revisions.

The petition can be accessed here.  We invite readers of to sign.  You simply need to fill in your name, title, affiliation and e-mail address.  The deadline for signing the petition is February 6, 2020.