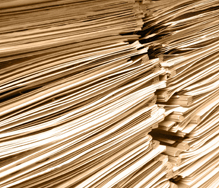 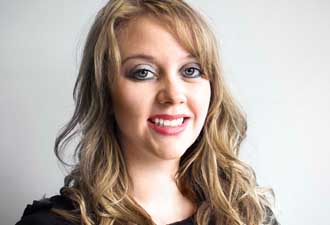 Crutes LLP were found to have been negligent in not providing full and clear advice to their client which resulted in an overgenerous settlement of the case.

This case primarily dealt with Mr Hogg’s negligence claim against Crutes LLP (‘Crutes’) who he instructed to represent him in his matrimonial proceedings. Mr Hogg (‘H’) and Mrs Hogg (‘W’) began cohabiting in November 1978. They married in April 1984 and together shared two children. H had 6 children from previous relationships.

At the date of separation, H and W’s martial capital assets included three properties, one of which was a rental property; joint and separate bank accounts; and a number of investment bonds. The total joint assets amounted to £919,251. Assets held in sole names amounted to some £76,411 (H) and some £14,646 (W). The sum of £245,000 was subject to a freezing order, having been paid to H by his daughter in September 2008.

In terms of income, H was in receipt of income from the Hogg Trust, his state pension and rent from the rental property. The file notes indicated that his income was some £458.42 per month. W’s income was nil, though her earning capacity was the subject of some dispute at the hearing.

A settlement was reached at the hearing on 3 July 2008 which H later thought could, and should, have been more favourable to him.

Thereafter, W served her open proposals comprising: (a) equal division of the capital; (b) a pension share order to equalise the pension income from the Hogg Trust; and, (c) periodical payments of £7,000 pa.until her 60th birthday or a £35,000 lump sum by way of capitalisation and accelerated receipt of the periodical payments.

On 1 July 2008, H served his open proposals, comprising: (a) an equal division of the four endowment policies, with H equalising the difference in value; and, (b) a pension share order in favour of W, providing the transfer of 50% of the Hogg Trust.

On 3 July 2008, the parties attended a hearing before DJ Hall in Middlesborough (‘the hearing’). At this hearing, DJ Hall made a provisional indication that Mrs Hogg should be entitled to 58% of the Hogg Trust. H instructed Counsel, Mr Brian Mather (‘Counsel for H’).

The parties negotiated a settlement which did not follow DJ Hall’s indication. Instead, the settlement provided that H would transfer the entirety of the Hogg Trust pension fund to W. The effect of the settlement was that H retained £485,986 capital whilst W retained £526,680. The value of W’s pension was £200,682 in comparison with H, who was left with pensions valued at £112,692.

This ready reference guide for all...
£55
View product
H’s complaint against Crutes

Evidence on behalf of Crutes

In considering the complaint, Judge Behrens (‘the judge’) heard oral evidence from H. Christine Blount, of Crutes, was unable to give oral evidence owing to her medical condition but she did provide a number of contemporaneous file notes and a witness statement dated 2 August 2016.

It was noted by the judge that there were a number of significant factual disputes between H and Crutes, not least H’s allegation that Mrs Blount had fabricated her notes.

The file note of 3 July 2008 documented the negotiations at the hearing, including reference to DJ Hall’s preliminary view that 58% of the Hogg Trust pension fund should be transferred to W. The income generated from the Hogg Trust was documented. The note also included a summary of the assets, showing W’s assets at either £489.265 or £629,625, which the judge inferred to be the two values with or without the Hogg Trust pension fund. There was then a note indicating that W had agreed to the settlement offer and the transfer of the whole trust to her. Notably, there was nothing in the file note to show that H was advised that the settlement agreed was likely more favourable than what a court may award at final hearing.

The note of 10 July 2008 made reference to H having suggested that he give the Hogg Trust to his W. According to the note, Counsel for H asked if H was serious in making the offer to transfer the entirety of the Hogg Trust. The consent order was drafted by W’s Counsel. Counsel for H went through the order with H more than once. H indicated his agreement to the order and signed the order. The order was approved by the judge on the papers.

The typed file note of 10 July 2008 did not contain any material differences to the handwritten note of the same date. Again, neither the handwritten nor the typed note dated 10 July 2008 contained any suggestion that H had been advised that the court would be unlikely to transfer the entirety of the trust to W.

Christine Blount’s witness statement, dated 2 August 2016 (some eight years after the settlement), stated ‘I recall that both Counsel and I advised Mr Hogg that it was not necessary to offer 100% of the Hogg Trust and my note records that Counsel checked with Mr Hogg that he was serious’. The advice itself did not appear in either of the three file notes.

H provided a witness statement, which he was cross examined on. He did not waver in cross examination and put his case to the court that he had no recollection of being told the judge’s preliminary view on the Hogg Trust and that it was not explained to him, particularly the significance of the indication on the Hogg Trust. H stated that it had never been his intention that he would transfer the whole of the Hogg Trust to his W and he did not instruct his Counsel to agree to the 100% percentage.

In considering the amount of weight to attach to the evidence provided by both H and Crutes, the judge referred to the judgment in Gestmin v Credit Suisse [2013] EWHC 3560, where Leggatt J stressed the importance of contemporaneous documents, the fallibility of human memory and the danger of accepting oral evidence which conflicts with contemporaneous documents. Applying the law to this case, Judge Behrens attached more weight to the file notes and contemporaneous correspondence, finding them to be more reliable than the witness statements produced some eight years after the event.

Turning to the first limb of the complaint, addressing the transfer of the Hogg Trust pension fund to W, the judge found that on the balance of probabilities, H did instruct his legal team to offer the whole of the Hogg Trust. Thus any allegation that the order went beyond instructions failed.

The judge was of the view that the offer was overgenerous to W; there was nothing to suggest that this case warranted a departure from equality. Although the contemporaneous note reflected Counsel asking whether H’s offer to transfer the entirety of the pension fund to W, there was nothing in the file recording any advice on this point.

Ultimately, the judge held that any competent solicitor or barrister would have appreciated that the offer was overgenerous and should have given H clear advice to that effect. H was awarded damages of £57,192 plus interest, representing the 42% share of his pension which, according to the indication of Judge Hall and the SJE, H did not need to transfer to W. The sum of 5% was deducted to reflect the fact that there was a risk that at trial, W may have been awarded a more generous order on spousal maintenance.

This case serves as an important reminder on the importance of detailed and accurate file notes. Solicitors should take care to ensure that their records accurately reflect the advice given to the client.